Elvis: Baz Luhrmann Reveals What Was Nixed From His 4-Hour Cut 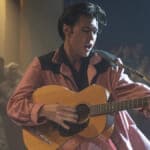 A four-hour version of “Elvis” exists, according to director Baz Luhrmann.

Luhrmann revealed the extended cut’s existence in an interview with radiotimes.com. The director’s latest biopic clocks in at a runtime of two hours and 39 minutes. “I mean, I have a four-hour version, actually,” he said. “Gone. But you have to bring it down to 2 hours 30.”

Luhrmann went on to talk about the scenes that were cut from the film, including those that he wished could have stayed.

“I would have liked to lean into some of the other things more – there’s so much more,” he said. “I mean, there’s lots of stuff that I shot like the relationship with the band, I had to stop [that] down – and it’s so interesting how the Colonel [Tom Parker, played by Tom Hanks] gets rid of them.”

Before Priscilla, there was Elvis’ first girlfriend Dixie, whose scenes were narrowed down.

“The relationship with his first girlfriend, Dixie, you know. And later on how… once he’s caught in a trap,” Luhrmann continued. “And he’s discombobulated and doesn’t understand… someone who’s got such a hole in his heart like Elvis constantly looking and searching for love and finding it on stage but nowhere else.” 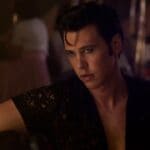 A significant life moment — in which Elvis meets President Richard Nixon — was also cut from the film releasing in theaters this Friday.

“You know, the addiction to barbiturates and all of that, like what happens is he starts doing wackadoo things – like going down to see Nixon,” Luhrmann added. “I had it in there for a while but there just comes a point where you can’t have everything in, so I just tried to track the spirit of the character.”

See also  Who is Agatha Harkness? Discovering the history of the WandaVision villain comics

“Elvis” stars Austin Butler as The King of Rock and Tom Hanks as his manager Colonel Tom Parker. Everything else we know about the film can be found here. 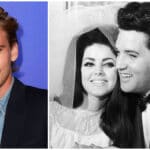