Diane Warren to Finally Get Her Oscar – an Honorary One, After 13 Losses

Warren, Weir and Palcy will receive Academy Honorary Awards, while Fox will receive the Jean Hersholt Humanitarian Award. The selections were voted on by the Academy Board of Governors; the selection of honorary awards is typically one of the first tasks handled by the board after new members join in August, but this year the outgoing board opted to make the selection as one of its final duties.

Warren’s Oscar is in some ways the most notable of this year’s selections. The prolific songwriter has been nominated in the Best Original Song category 13 times over five decades since 1988, including a remarkable seven times in the last eight years. But she has never won, making her the most-nominated woman to never win an Oscar.

Fox rose to fame on the television series “Family Ties” and went on to enjoy big-screen success with the “Back to the Future” trilogy as well as “Casualties of War” and “The American President.” He was voted the Jean Hersholt Humanitarian Award because of his longtime advocacy for Parkinson’s disease research, which followed his diagnosis of him and his founding of the Michael J. Fox Foundation for Parkinson’s Research in 2000.

Australian filmmaker Weir made his mark with “The Picnic at Hanging Rock” and “The Last Wave” in the 1970s, and was nominated for Best Director for “Witness,” “Dead Poet’s Society,” “The Truman Show” and “Master and Commander: The Far Side of the World.”

See also  10 Unpopular Opinions About Spider-Gwen Comics, According To Reddit

Palcy, born in Martinique in the French West Indies, was the first Black director and the first female director to win a Cesar Award for Best First Work, which she did for 1983’s “Sugar Cane Alley.” Her best known film by her is 1989’s “A Dry White Season,” starring Marlon Brando, which made her the first Black woman to direct a film for a major Hollywood studio. 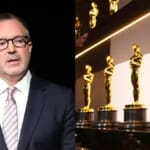 In a statement announcing the awards, Academy president David Rubin said: “The Academy’s Board of Governors is honored to recognize four individuals who have made indelible contributions to cinema and the world at large. Michael J. Fox’s tireless advocacy of research on Parkinson’s disease alongside his boundless optimism exemplifies the impact of one person in changing the future for millions. Euzhan Palcy is a pioneering filmmaker whose groundbreaking significance in international cinema is cemented in film history. Diane Warren’s music and lyrics have magnified the emotional impact of countless motion pictures and inspired generations of musical artists. Peter Weir is a director of consummate skill and artistry whose work reminds us of the power of film to reveal the full range of human experience.”

The Governors Awards, which earlier this year were handed out in a low-key ceremony two days before the Academy Awards, will return to their usual spot early in Oscar season with the Saturday, Nov. 19 date. That should also restore the event’s status as one of the most star-studded events on the Oscar campaign calendar.