How Paramount+ Became a Contender in the Streaming Wars | Charts 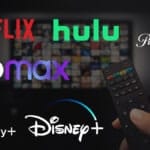 One of the names that keeps coming up as a potentially surprising true contender in the streaming wars is Paramount+. About a year ago, the streaming service replaced the long-running CBS All Access as a questionable entrant in the race. But in a short time, Paramount+ has bounced to the top of some Wall Street analysts’ lists as one of the most intriguing platforms to follow.

The total four-quadrant streaming offering — meaning having content that appeals to men and women, over and under the age of 25 — is on par with what’s available on strong competitor platforms including HBO Max, Hulu and Netflix.

How did Paramount+, which has just over 40 million paid subscribers as of its first-quarter 2022 earnings report, end up becoming a potential front runner — and what is drawing people?

More than a quarter of all demand for titles on Paramount+ comes from CBS titles, according to Parrot Analytics’ data, which takes into account consumer research, streaming, downloads and social media, among other engagement.

This includes titles like “Hawaii Five-O,” “NCIS,” and “Blue Bloods,” all of which were top 10 titles on Paramount+ in the United States in Q1 of 2022. All three shows have a combined aggregate demand about 67 times the average demand of all other series in the US

It’s not surprising that CBS originals and catalog content make up the vast majority of demand. CBS has one of the longest running catalogs of beloved series, including many comedies and procedurals, that people still seek out. Partner this with new franchise series like “Yellowstone” spinoff ”1883,” and “Mayor of Kingstown” (from “Yellowstone” co-creator Taylor Sheridan), as well as long-running crime shows like “Criminal Minds,” and there’s no doubt that CBS and series related to its programming are a draw for a large swath of viewers.

Paramount+ originals (such as the previously mentioned “1883” and “Mayor of Kingstown,” as well as the “Star Trek” franchise) make up just over 11% of all demand for Paramount+ content, while Comedy Central series make up about 7.5% . Other series — including titles from MTV and BET, for example — make up another 31.4% of demand. This also includes licensed content on the platform from other parties.

Much like some of Paramount Global’s competitors, audience demand for content means that it’s also extremely lucrative to license out content to other parties. When looking at the demand share for CBS content on other platforms where it’s available, Amazon Prime Video and HBO Max come in first and second, respectively, with 4.5% and 4.4% of the demand for their catalogs coming from CBS programming. Hulu follows with 4%, then Peacock with 3.% and Netflix with 2.2% in Q1. Considering the size of these catalogs and the importance of originals, maintaining an average of about 3.7% is a good sign of the value of CBS’ catalog.

See also  The Walking Dead: 10 Facts About Negan You Need To Know

Paramount’s big bet on streaming is a strategic shift from a few years ago, when it pivoted from having multiple smaller services (including BET+) to being more of a “content arms dealer” — Paramount’s film studio sold off its “Coming to America” sequel to Amazon in the middle of the pandemic, while Viacom licensed out most seasons of “South Park” to HBO Max and cut an output deal with Nickelodeon that includes a live-action “Avatar: The Last Airbender” series.

A few questions Paramount must answer as it focuses more clearly on its in-house streaming platforms: How much of the content licensed out to other streamers will end up on Paramount+ exclusively at some point in the future? And, more importantly, what type of content works well for Paramount+ to license out (and won’t negatively affect the growth of its own subscriber base) while also providing programming to its competitors, such as Netflix and Hulu, which in turn helps them retain their own subscribers?

All of these questions will be answered in the years to come as streaming strategies are further established. What’s evident is that Paramount Global, and Paramount+ as a service, are shaping up to be a stronger competitor than many in the industry thought at first. 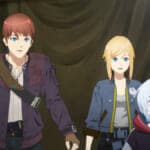