Review of ‘The bright side of things’ 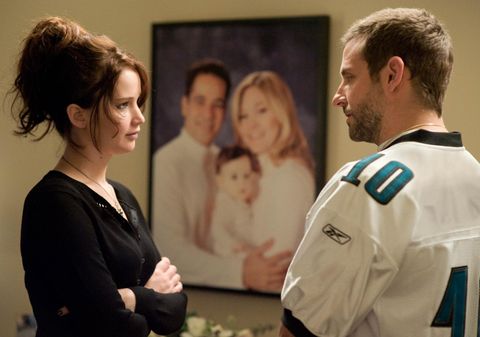 The good side of things

Until this feature film, we could divide David O. Russell’s filmography into: 1) Mainstream consumer films (although later, genres and appearances aside, they aren’t that normal either), that is, ‘Three Kings’ (1999) and ‘The Fighter ‘(2010); and, 2) eccentricities with a garish aspect, contortionist inflection and openwork between bittersweet and bleak, such as ‘Spanking the Monkey’ (1994), ‘Flirting with disaster’ (1996) and ‘Strange coincidences’ (2004). Now, the filmmaker seems to have found the formula for, without exceeding the coordinates of the second group, that of his most unique works, dressing a romantic salad to popular taste.

All the tics of the most recognizable Russell are on display in this story of love and mental disorder, in which (guaranteed success) many will hardly see beyond his smiling and sentimental demeanor. The good side of things is a tragicomedy with an irresistible cadence, effective gags and dazzling verbal fights, under his benign and inclusive gesture. And, fortunately, he wields, in addition to a fickle tone and open to nuance, a manic optimism close to levels of alienation and not so fun.

For fans of offbeat comedy

The best: all the cast members.

The worst: its final stretch, something more formulaic than the rest.

Synopsis: After spending eight months in a mental hospital for attacking his wife’s lover, Pat (Bradley Cooper) returns home to his parents (Robert De Niro and Jacki Weaver) intent on rebuilding his life. On his return he meets Tiffany (Jennifer Lawrence), a young widow who is not much better off than he is.