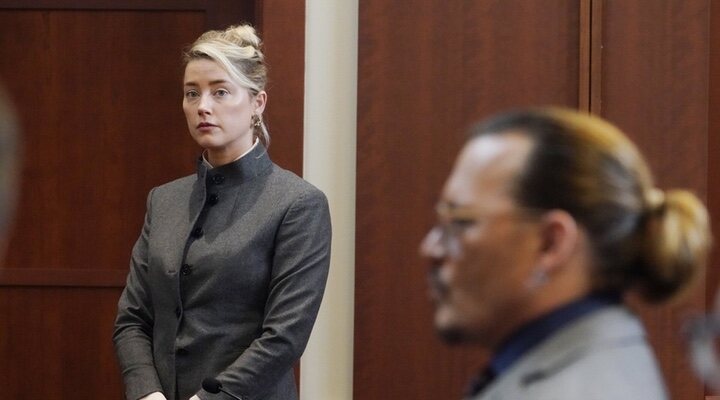 No, the most mediatic trial of the year is not over. This Friday, June 24, in the court of Fairfaz, Virginia, the file of the case that gave the reason to Johnny Depp in his lawsuit for defamation against Amber Heard has been entered. During this brief bureaucratic process in which neither of the two involved were present, Heard’s attorney, Elaine Bredehoft, has announced her intention to appeal the verdict. Of course, there is a problem, Judge Penney Azcarate has made it clear to Bredehoft that if Heard wants to appeal the sentence and file a motion in court, the ‘Aquaman’ star will have to pay $8.35 million plus 6% of interest as bail for the procedure to advance, an amount of money that the defendant would not have according to her own lawyer.

Recall that on June 1, the popular jury of Depp’s trial against Heard ruled in favor of the plaintiff and established a compensation of 15 million dollars that was reduced to 10.35 million due to state laws. In addition, it was established that Heard would also receive 2 million dollars as compensatory damages for statements made by Depp’s lawyer and from that difference come the 8.35 million bail that they ask for the possible appeal. Heard’s legal team has about 21 days to resolve this financial dispute and formally file a review of the case. “You don’t apologize if you’re innocent”said a rep for Heard, “And you don’t waive an appeal if you know you’re right”.

More cases on the way

While Heard manages or not to carry out the appeal, which would practically mean a repetition of the trial, Depp has another lawsuit pending, this time in Los Angeles and as a defendant. Gregg “Rocky” Brooks, a man who worked with him on the crime thriller City of Lies’, sued Depp in 2018 for assault and battery, alleging that the actor had punched him twice in the ribcage causing him great pain. “emotional distress”. According to Brooks, he told actor/director Brad Furman that a scene wasn’t working, so the actor hit him and yelled at him that he would give him $100,000 if he hit him back. According to the police report, Depp’s bodyguards removed the actor from the set to calm things down and Brooks claimed in his lawsuit that the ‘Pirates of the Caribbean’ actor smelled strongly of alcohol. Benjamin Chew and Camille Vásquez will return to represent Johnny Depp.