Disney, Netflix, Sony and more will pay for trips to employees who are going to abort 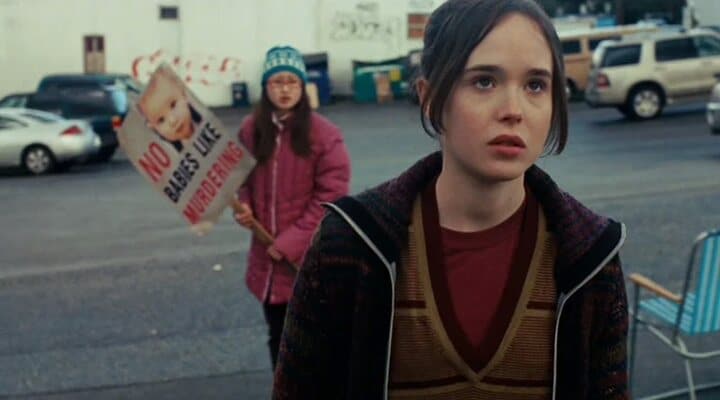 Almost half a century after the Supreme Court of the United States established abortion as a right, after ruling in the Roe v. Wade case of 1973, this same body has revoked it at the national level, allowing each state to establish a different jurisdiction, that is, tell, there will be some states where it is completely illegal or conditioned to have an abortion and others in which women have access to terminate their pregnancies in a safe and regulated manner. This is, like so many others, a measure that harms women, but it affects twice as much those with lower incomes or from less privileged social classes, because those who have resources will always be able to travel to those cities where they can resort and pay for their clinics. while those without the financial capacity may have to revert to clandestine methods. This setback of rights and social injustice has not exactly gone unnoticed in Hollywood, how could it, and Several film and television companies have announced that they will bear the travel costs of employees who have to travel to have an abortion in the US.

Among these companies we find Disney, Netflix, Paramount, Comcast, Warner Bros. Discovery, Sony and Meta. In the case of Disney, for example (curious, by the way, considering its financing of the right-wing parties that promoted the ‘Don’t say gay’ law), the conglomerate has assured its employees a “affordable coverage to receive similar levels of care elsewhere” for those who have to travel, so that, “no matter where they live”have “comprehensive access to quality, affordable care.” The Governor of Florida, Ron DeSantis, where Walt Disney World is located, has announced that he will implement restrictions against the termination of pregnancy.

For its part, Netflix offers up to $ 10,000 in travel reimbursement for cancer treatments, transplants, gender change and now also abortions. Warner Bros. Discovery has expanded its healthcare and reproductive benefits on what Adria Alpert Romm, director of culture, has said: “Our number one priority is the well-being, health and safety of our employees.” Bob Bakins, CEO of Paramount Global, along with Nancy Phillips, the company’s director of personnel, sent a memo to staff stating that they would receive “reproductive health care through company-sponsored health insurance, which includes coverage for birth control, elective abortion care, miscarriage care, and certain related travel expenses if the covered health service, such as abortion, is prohibited in your area.” Amazon and Lionsgate responded to a request for comment from Variety They hadn’t made a decision yet.

See also  Real Housewives: 5 Housewives Fans Would Love To Be Friends With (& 5 They Would Rather Avoid)

However important and committed these measures by private companies may be, in order to access economic aid for abortion in other states, women will have to give up yet another right, that of confidentiality, as they must inform their employers of the reasons for their intervention or subsequent dismissal.

Of course, not only companies have reacted to the Supreme Court’s decision and many actors, actresses, singers, presenters, directors, screenwriters and other members of Hollywood have responded on their social networks, mainly on Twitter, before this regression that increasingly brings one of the supposedly most developed countries in the world closer to the Gilead of ‘The Handmaid’s Tale’. Among them we find Jimmy Kimmel, Taylor Swift, Patricia Arquette, Danny DeVito, Elizabeth Banks, Lin-Manuel Miranda, Alyssa Milano, Billy Eichner and Stephen King, although there are many, many more. Kevin Sorbo, the one from the ‘Hercules’ series, is, contrary to all the previous ones, happy.

Ready for birth control and same sex relationships to go away too? THE CRAZY PEOPLE ARE TAKING OVER BECAUSE WE DON’T ACT!” Clarence Thomas WROTE that justices “should reconsider all of this Court’s substantive due process precedents, including Griswold, Lawrence, and Obergefell”

Ready for birth control and same-sex relationships to go away too? CRAZY PEOPLE ARE TAKING OVER BECAUSE WE DON’T ACT!” Clarence Thomas WROTE that Justices “should reconsider all substantive due process precedents of this Court, including Griswold, Lawrence and Obergefell.”

I’m absolutely terrified that this is where we are – that after so many decades of people fighting for women’s rights to their own bodies, today’s decision has stripped us of that. https://t.co/mwK561oxxl

“I am absolutely terrified that we are here, that after so many decades of people fighting for women’s rights over their own bodies, today’s decision has stripped all of that away from us.”

“The Supreme Court my ass.”

que @SCOTUS you have done is unconscionable. We continue to fight -LMM https://t.co/cCt1XOHI6Z

“What the Supreme Court of the United States has done is unconscionable. We will continue to fight.”

“If abortion is banned nationwide, pregnancy-related deaths could increase 21% nationally and 33% among black women. Banning abortion will have a disproportionate impact on people of color, LGBTQ+ communities , people who struggle to make ends meet, young people and people who live in rural areas.”

It’s the best Supreme Court the 19th Century has yet produced.

“It’s the best Supreme Court the 19th century has produced.”

This Supreme Court is an absolute disaster. From giving people the right to carry guns to taking away Women’s rights of autonomy over their own bodies. We weren’t being reactive we saw it coming.

“This Supreme Court is an absolute mess. From giving people the right to bear arms to taking away women’s right to autonomy over their own bodies. We weren’t being reactive, we saw it coming.”

Everybody gets a gun but nobody gets bodily autonomy. America.

“Everyone has a gun, but no one has autonomy over their bodies. America.”

GET YOUR FICTIONAL HATEFUL BIBLE STORIES AND YOUR FAKE FICTIONAL RELIGIOUS BULLSHIT OUT OF OUR FUCKING LIVES. FUCK YOU.

“Get your fictional hate bible stories and fictional fake religious shit out of our fucking lives. Fuck you.”

Kentucky, Louisiana, Arkansas, Idaho, Mississippi, Missouri, North Dakota, Oklahoma, Tennessee, Texas, Utah, Wyoming, and South Dakota have already banned voluntary termination of pregnancy, although it has not yet gone into effect, and so far only 16 states and the District of Columbia have ensured protection of the right to abortion, These are California, Colorado, Connecticut, Delaware, Hawaii, Illinois, Maine, Maryland, Massachusetts, Nevada, New Jersey, New York, Oregon, Vermont, Rhode Island, and Washington.