‘Elvis’ in Box Office Dead Heat With ‘Top Gun: Maverick’ With $30 Million Each 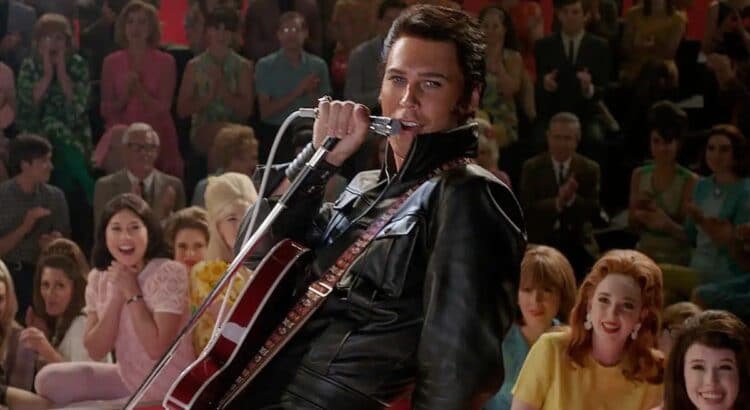 Warner Bros.’ “Elvis” is in a virtual tie for No. 1 at the box office with Paramount/Skydance’s “Top Gun: Maverick,” earning $12.7 million on Friday from 3,906 theaters as industry estimates project a $30 million opening.

Such a result for Baz Luhrmann’s biopic on The King of Rock and Roll would match pre-weekend projections and be just below the $31 million earned by the 2019 Elton John musical “Rocketman.” Reception has also been strong with an A- on CinemaScore and Rotten Tomatoes scores of 79% critics and 93% audience. But “Elvis” still has a way to go before it reaches profitability with a reported $85 million budget.

Meanwhile, the unstoppable “Top Gun: Maverick,” is now the 17th film to gross over $500 million at the domestic box office. Tom Cruise’s film is posting another spectacular hold with $30 million in its fifth weekend, and in the coming week it will pass “Star Wars: The Rise of Skywalker” to join the top 15 all-time domestic list and become Tom Cruise’s first film to gross $1 billion worldwide.

A pair of Universal releases come next on the charts: the holdover “Jurassic World: Dominion” with $26 million in its third weekend and Blumhouse newcomer “The Black Phone” with an estimated opening weekend of $23 million from 3,150 theaters.

Like both its franchise predecessors and “Top Gun: Maverick,” “Jurassic World: Dominion” is on a path to reach $1 billion worldwide as it will hit $300 million domestic by the end of the weekend. “The Black Phone,” meanwhile, has beaten projections for a mid-to-high teens opening and has posted an opening similar to the $22.6 million opening of fellow Blumhouse film “Insidious: Chapter 3” in June 2015.

With a reported $18 million budget, “The Black Phone” is set to turn a profit for Universal even if it follows the frontloaded box office performance of most horror films. Reception has been mostly positive with a B+ on CinemaScore going with an 83% critics and 91% audience Rotten Tomatoes score.