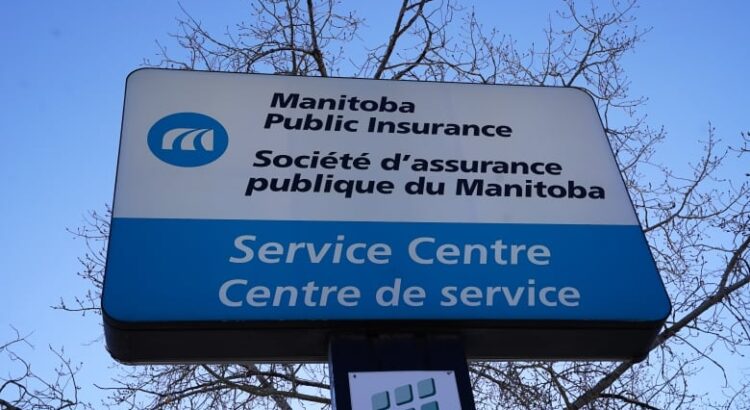 An African Canadian woman says she recently experienced issues getting a new Manitoba driver’s license photo, and she’s frustrated by the explanation she received — that it had to do with her skin tone.

Winnipegger Tolu Ilelaboye is sharing her story to raise awareness and help ensure no one else goes through the same issue she encountered.

“It’s really kind of emotionally uncomfortable to sit in that space to be like, ‘Oh, your skin tone is unnatural,'” Ilelaboye told Up-to-Speed host Faith Fundal on Friday. “It’s the most natural skin tone I have.”

Ilelaboye said she went to two different Autopac locations over the course of three days recently to get her license renewed.

At the first location, workers tried three or four times to capture a picture, but Ilelaboye was told the computer system was not processing the image.

She went to a different location a few days later and the same thing happened.

“A woman tried to take my photo, and she told me at that time that it kept coming up as ‘unnatural colour,’ and that it couldn’t capture my image,” said Ilelaboye. “[I was] surprised by the language used.”

She said Autopac staff had to do a color correction to the images they took in order for it to be accepted by the computer system.

In a statement to her, MPI said it has “facial recognition software and photo standards” that are applied to every driver’s license photo.

“You mentioned that you were advised it was a rejection due to skin tone or unnatural color. This could be due to focus and lighting,” reads a portion of the email to Ilelaboye. “We apologized it was brought to your attention in that manner.”

Ilelaboye was frustrated by that response.

“I think that that was a cop-out response saying, you know, it’s a systems problem. But systems can be changed, systems are created by people, and what are the people who are implementing those systems doing to fix these things?”

Ilelaboye said cameras are ubiquitous these days and MPI staff should be trained to troubleshoot lighting, focus and other technical issues like these.

She also suggested that depending on how it’s developed, artificial intelligence and other computer programs can be inherently racist, in this case toward dark-skinned people.

In a statement to CBC News, MPI said fewer than two per cent of license photos get rejected, and that can result from lighting, shadows, picture clarity and other factors.

“A customer’s skin tone is not one of those factors and a photo would not be rejected for this reason,” the statement reads. “When a photo is rejected, the system may show a notification of, ‘unnatural colour,’ referring to the color of the overall photo, not the skin tone of the customer.”

MPI said when such an issue occurs, employees do “everything possible to resolve the issue” by adjusting camera settings, lights and other things in the environment to ensure a photo meets guidelines in its systems, which are “developed in alignment with best practices across Canada.”

Ilelaboye said in both instances, MPI employees didn’t appear to make any such adjustments to the camera. An agent did tinker with the computer settings in the second instance after several failed attempts for the photo to be accepted, she said.

She also said at one of the locations, the photo area was next to a window, and the backlighting from outside likely made it harder for the camera to capture a usable image of her.

“I don’t blame the Autopac agents, I recognize they were just doing their jobs,” said Ilelaboye. “I think that training could be done at the Autopac level to also teach people how to adjust the camera settings or how to manipulate it so people aren’t being told their skin tone is unnatural.”

MPI also told CBC News that as a result of the issue it will be working to fix the computer system phrasing in similar instances moving forward.

“We sincerely regret any situation where a customer has a negative experience when accessing our products and services,” MPI said.

“We will be actively working with our technology partners to integrate more inclusive language in our systems that align with the expectations of our customers and our commitment to serving all Manitobans.”

“Fixing that language is an important step but I also think … it’s about training, it’s about making sure your staff is diverse so that they do catch that kind of stuff,” she said.

“It’s also something that should be addressed because Manitoba Public Insurance is a public insurance, and it also is something that is serving all Manitobans.”