‘Only Murders in the Building’ Trio Tease New Season 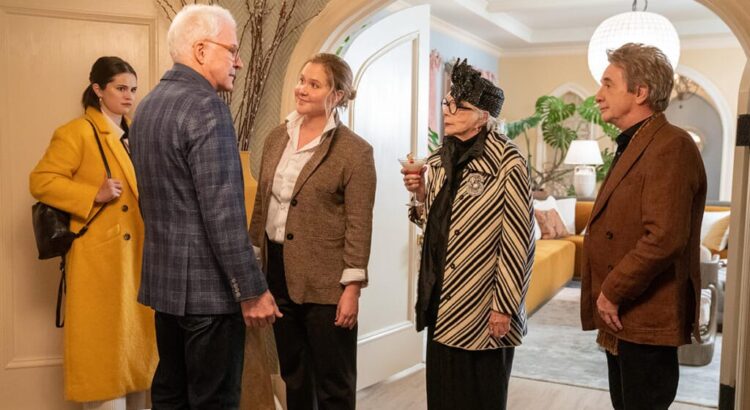 The challenge of “Only Murders in the Building” Season 2 is not only in overcoming the cursed sophomore slump, but also in reigniting that delicate balance between comedic overtures and often grizzly killings.

But that’s not all: This season ups the ante with additional cast members, including Amy Schumer (who plays a pitch-perfect spoof of herself), Cara Delevingne (who plays Alice, a free-spirited artist), Michael Rapaport (who portrays a curt and foul-mouthed detective), Shirley MacLaine and Gen-Z stand-in Zoe Colletti. Not to mention — there’s extra competition from Tina Fey’s Cinda Canning, a ruthless podcaster who’s launched her own show dedicated to skewering the trio, aptly titled “Only Murderers in the Building.” Then, there’s the whole solving-who-murdered-Bunny aspect of it all, a continuation of Season 1’s cliffhanger, which saw Mabel (Selena Gomez) as a prime suspect and Charles (Steve Martin) and Oliver (Martin Short) as her co -conspirators.

“It’s always difficult to balance [everything] Because you’re in a serious crime story, and then you wonder how big the comedy can get,” Martin told TheWrap, adding that both small and large comedy are peppered into the series. “And hopefully the editors and director guide you to the right degree of performance.” 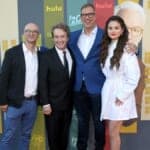 Gomez echoed the sentiment, praising the writers and producers who she says give the actors “a playground to just go and be who we want to be,” adding that the cast feels “lucky” to have free reign.

While last season the end goal was always to have the amateur investigators wrapped up in their own crime, according to John Hoffman (who co-created the show with Martin), this season’s reveal was a surprise to its star trio, who received plot points as scripts were given to them ahead of filming.

“I was pleasantly shocked,” Gomez said.

Yet, despite the shocking and satisfying twist of the killer’s identity, perhaps even more outrageous is Gomez’s revelation that Short is not — in fact — a dip person. Yup, regardless of his character’s obsession with the particular appetizer, which Short said was likely “tied to Oliver’s difficult financial days,” the veteran actor himself is not a fan.

“I don’t care about dips, personally,” he said, adding that he would usually substitute “oatmeal or something fake” while filming. 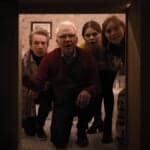 Throughout the season, Oliver’s dips take on deeper, existential meaning (really), and in general, the series delves further into its characters’ origin stories, fleshing out their historical wounds in order to shed light on the mystery at hand.

“I can’t help but maybe relate to [Mabel] in a way where I do feel a deep connection to my family and I had to move away from my family to do work,” Gomez said, referencing the installation’s exploration into Mabel’s past.

Ultimately, though, “Only Murders’” second season continues to play with expectations, such as when Mabel finds herself out of depth with Colletti’s younger character, unwittingly discovering that she might be more like Charles and Oliver than she might think.

“It was — gosh — wonderful and really, really hysterical when I was trying to get through to her because that’s never really happened to me,” Gomez said. “I’m the one that is usually in the ‘know’ and hip and she kinda just takes it over, and I loved that we added that to the show ’cause it was really fun to play.”

“Only Murders in the Building” Season 2 premieres on Hulu June 28, with weekly episodes thereafter. 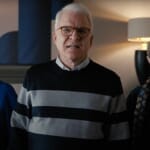