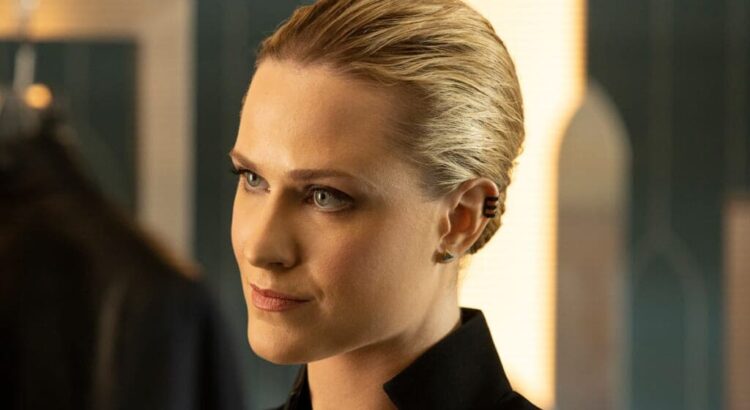 HBO’s prestige series, developed by Lisa Joy and Jonathan Nolan and based on the movie by Michael Crichton (that served as something of a prototype for his later novel “Jurassic Park”), is knotty and complex, weaving a complicated narrative out of the ongoing battle between humans and lifelike robots (called “hosts”) in a technologically-advanced near-future. Season 4, which premieres on June 26, takes place seven years after the events of the previous season (which aired more than two years ago) and is even further away from the theme-park-robots-run-amok concept of the first season .

All of which is to say: you probably need a refresher. And we are here to deliver that refresher. At the very least, it’ll keep you from scratching your chin and running to Wikipedia every few minutes (not that we did that while watching the new episodes, of course not).

Mild spoilers for the new season but nothing that hasn’t already been revealed in trailers and whatnot.

Dolores is, once again, the main character. And she’s played by Evan Rachel Wood. But the Dolores in season 4 of “Westworld” isn’t really Dolores. In fact, her name is Christina. She lives in a benignly utopian New York City as a game developer (shades of “The Matrix Resurrections”) and she has a chipper roommate, played by recent Oscar nominee Ariana DeBose.

If you’re wondering why she isn’t the pistol-packing freedom fighter she once was that’s because, during the climax of season 3, the super French villain Serac (Vincent Cassell) plugged Dolores into his super-computer in order to access the secret files of Delos, the parent company of the Westworld theme park. When he did that, he wiped her memory of her (much like R2-D2 and C-3PO at the end of the prequels). Seven years later, she has a good job and a cool apartment, but no memory of her time in the park, her escape, or her attempt to free the hearts and minds of humans and hosts alike. Like anything, that discovery will be a process.

Well, sort of. This is, again, confusing. The human Charlotte Hale (played by Tessa Thompson) hasn’t been around since the end of season 2. She was killed by a host version of herself, who was created and seemingly controlled by Dolores. (Remember, last season revealed that several of the surviving, post-Westworld hosts were essentially copies of Dolores. What a scamp!) Season 3 saw the host version of Charlotte running Delos and interacting with her human family like nothing was wrong, but when her family was murdered, she became independent, breaking from Dolores’ programming and, somehow, becoming even more ruthless.

The important thing – and really the X-factor in your understanding of season 4 – is that there was a post-credits sequence at the tail end of the last season that revealed that this version of Charlotte was making new robots in a Delos facility in Dubai. Even having seen four episodes of the new season, we’re still puzzling over that one and how it will ultimately impact the larger narrative. The point is – Charlotte is free of her original ideology and she’s looking to mess stuff up in a big, big way.

Maeve Millay (Thandiwe Newton) is one of the show’s most beloved and nuanced characters. She went from a host who had dreams of a child she never knew to a prisoner of a simulation (run by Serac) that approximated World War II, to a heartbroken survivor (Charlotte essentially “killed” her hunky partner Hector, played by Rodrigo Santoro ). Having called off her rivalry with Dolores (before her unfortunate memory wipe de ella), she is still attempting to liberate hearts and minds — this time with her human cohort de ella, Caleb (Aaron Paul).

Anyway, all of that is well and good but the important thing to remember going into Season 4 is that Maeve has the ability to manipulate electronics including hosts. This Jedi-like superpower has gotten her out of many sticky situations (and, if anything, she seems to have honed her abilities in the seven years in between seasons), but where did it come from… and how long will it last?

Bernard Is Communing With the Robot Spirit World

One of the hardest subplots from last season to recall is likely the adventure of Bernard Lowe (Jeffrey Wright) — Westworld’s head of programming and a robotic clone of Delos founder Arnold Weber — and Ashley Tubbs (Liam Hemsworth), Westworld’s former head of security ( who may or may not be a host, internet opinions vary but we’re going with: host). They busted out William, aka the Man in Black (Ed Harris) – more on that in a minute! – and he turned on them, leaving Ashley for dead. By the end Season 3, Bernard had discovered that the key that Serac was looking for in Dolores to access Delos’ secret vault was actually a part of his coding of him. He accessed it and it took him to a place known as the Sublime.

The Sublime, as it turns out is a kind of spirit world for hosts. We don’t see what he sees in that world at the end of season 3 but we get a peek this year (with a returning, familiar face). What that access gains him is one of the more fun/interesting aspects of season 4.

See also  'Schmigadoon!' Review: Music therapy in its strangest and most splendid form

Also worth keeping in mind: when we last saw Bernard he was in the same crummy hotel room where Ashley was recovering from his gunshot wound, with Bernard covered in dust. The dust of the past seven years? Or longer? That’s right folks, if you weren’t already puzzled, this season we have multiple timelines! Zing!

The Man in Black Is Now a Host

Most of Season 3 saw William, aka the Man in Black, the most fearsome visitor to Westworld, incapacitated by Charlotte in a mental institution. Vowing revenge against Delos, Charlotte and the hosts, he turned on Ashley and Arnold (who had freed him from his prison). While the whole point of his forced incarceration of him was personal growth, he had embraced his inner Man-in-Black-ness to an insane degree. At the very end of the season, we saw William in that weird facility in Dubai. He was about to exact said revenge on Charlotte when a host version of him emerged and took him down. William – some version of him! – is a big part of season 4, from the cold open onward. And it’s very clear that this is not the human William from before. This is a William stripped of all emotion. The only way to make him more robotic was to turn him into an actual robot. And that’s just what he is now.