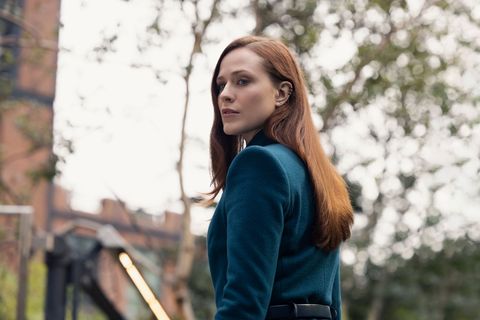 In ‘Westworld’, Dolores has been through a lot during the first three seasons of the most twisted sci-fi story, before apparently meeting her end.

However, that doesn’t mean Evan Rachel Wood is done with the series. The actress plays a completely different character this time: Christina, a writer who lives in what appears to be New York City. James Marsden, who played Teddy until his death in season 2, returns as a romantic interest for Christina, and there has to be a reason for reusing actors, right?

In statements to Entertainment Weeklythe actress did not reveal anything about her role, but seemed to be very specific in her choice of words about Christina.

She’s a lot more human this season, so that was fun for me. I think most people come to the show and think, ‘Oh, I wish I was a robot,’ and I think the pleasure for me was becoming vulnerable and kind of human in Season 4.

Wood continued, “Usually the show is incredibly physically taxing in every way, and this season I felt a little more like a nerd with Christina, honestly. “She’s a nerd, lonely writer just trying to make it in the big city. . She yearns for beauty, romance, and poetry in this mundane world she lives in.”

She has that ability, like Dolores, to notice when something is wrong in her world, and she has the mindset to question it. There are a lot of conspiracy theory metaphors this season, is it crazy to think that something else is going on below the surface and we should be asking questions, or is it crazier to just take things at face value and never question anything?