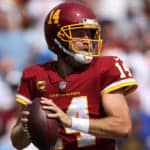 She will anchor Prime Video’s wraparound coverage alongside Tony Gonzalez, Richard Sherman and Ryan Fitzpatrick. Thompson will be live on-site at each “TNF” game this season.

“I’m beyond thrilled to be joining Prime Video’s ‘Thursday Night Football’ crew on the road each week this season,” Thompson said in a statement. “This is an exciting opportunity for me to expand my NFL responsibilities and I can’t wait to work with Ryan, Richard — whom I affectionately call ‘Sherm’ (12th Man respect) — and my old friend Tony Gonzalez.”

“We are excited to welcome Charissa to the ‘TNF’ team,” Jared Stacy, Prime Video’s director of Global Live Sports Production, said in a statement. “Her infectious enthusiasm, quick wit, and her strong NFL credentials make her perfectly suited for this role. We look forward to seeing her elevate conversations and connecting with viewers every Thursday night. ”

Thompson will continue her role as Fox NFL Kickoff host on Sundays. 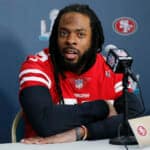