Ratings: ‘The Price Is Right’ Comes on Down With a Primetime Wednesday Victory 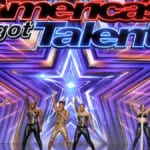 After 50 seasons, “The Price Is Right” still hasn’t lost its touch

Celebrities Justin Hartley (“This Is Us”), Sofia Pernas (“Blood & Treasure”) and Rachel Brosnahan (“The Marvelous Mrs. Maisel”) helped host Drew Carey push “The Price Is Right” to the top of the primetime ratings on Wednesday night. The CBS competition series secured a leading 0.41 rating in the advertiser-coveted 18-49 demographic and a healthy 3.5 million viewers overall.

Overall, CBS and Fox wound up both netting a primetime-leading 0.34 average rating in the key demo for the night while CBS scored the most total average viewers.

Here’s how things shook out across the major broadcast networks Wednesday night:

Fox was neck-and-neck with CBS with a 0.34 average rating in the key demo, though the network doesn’t air primetime programming at 10 pm unlike its broadcast competition. “MasterChef” earned a 0.41 rating and 2.2 million total viewers at 8 pm, while the 9 pm airing of “So You Think You Can Dance” shuffled up to 0.28 rating and 1.5 million viewers. Overall, Fox finished third in total average viewers with 1.8 million.

See also  'The View': Sara Haines Thinks Elon Musk Might Actually 'Reduce Some of the Toxicity' on Twitter (Video) 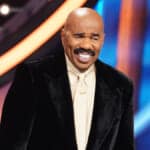 See also  Star Wars: The empathy of a High Republic Padawan's strength nearly caused his fall to the Dark Side

Telemundo was second in ratings with 0.3 average demo rating and 1.1 million total average viewers on the back of “Casa de Famosos,” which ran from 7 pm to 9 pm 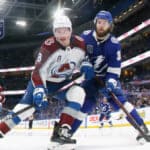