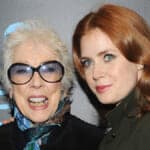 Sonny Barger, founder of the Hells Angels Motorcycle Club, died Wednesday of cancer. He was 83.

News of Barger’s death came with a prewritten statement from the “Sons of Anarchy” actor, which was posted to his Facebook page Thursday.

“If you are reading this message, you’ll know that I’m gone. I’ve asked that this note be posted immediately after my passing,” he wrote. “I’ve lived a long and good life filled with adventure. And I’ve had the privilege to be part of an amazing club.

“Although I’ve had a public persona for decades, i’ve mostly enjoyed special time with my club brothers, my family, and close friends,” the statement continues. “Please know that I passed peacefully after a brief battle with cancer.”

Besides founding the Oakland, California, chapter of Hells Angels, Barger was known for providing security with a Hells Angels team for the 1969 Rolling Stones Altamont concert. Things turned deadly when a Hells Angels member stabbed a man to death near the stage during the band’s set.

“But also know that in the end,” Barger, who had a medical history of throat cancer and prostate cancer, wrote in his statement, “I was surrounded by what really matters: My wife, Zorana, as well as my loved ones, ” the ex-convict added. “Keep your head up high, stay loyal, remain free, and always value honor. -Sonny.” 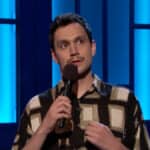 Barger appeared in “Sons of Anarchy” for three episodes as Lenny “The Pimp” Janowitz. His character he founded the motorcycle club SAMCRO in the show. Barger also influenced books like Tom Wolfe’s “The Electric Kool-Aid Acid Test” and Hunter S. Thompson’s “Hell’s Angels: The Strange and Terrible Saga of the Outlaw Motorcycle Gangs.”

Barger wrote six books. In his autobiography, “Hell’s Angel: The Life and Times of Sonny Barger and the Hell’s Angels Motorcycle Club,” Barger wrote that he held Keith Richards at gunpoint, forcing him to play Altamont after a delay during the chaos that resulted in the stabbing death .

According to the Associated Pressand Washington PostBarger was convicted for a “plot to kill members of a rival gang” in Kentucky and “blow up their headquarters” in 1988. He served five years in prison for the charge. 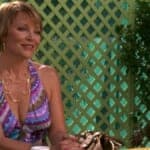