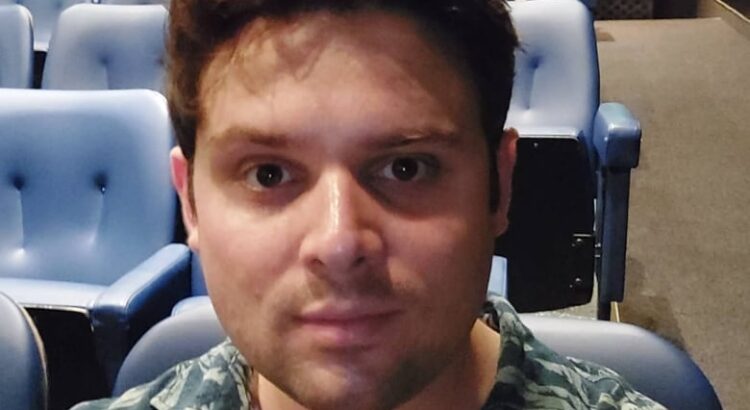 A TikTok trend that has stylish, banana-toting teens showing up in droves to see Minions: The Rise of Gru has become something of a double-edged sword for the movie theater business.

Some theaters have embraced the phenomenon as good, innocent fun that helped the children’s animated movie break US box office records with its massive July Fourth opening weekend.

But others, especially in the UK, say that rowdy, misbehaving teens have forced them to shut down screenings of the film, or turn away anyone who shows up in a suit and tie.

“When it was just an idea of ​​fancy dress, we were really excited. We thought it was going to be great fun,” Daniel Philips-Smith, manager of Mallard Cinema in Guernsey, UK, told As It Happens guest host Ginella Massa.

“But the moment they were in their seats and the film started, it became a whole other story, sadly. The behavior just went downhill very quickly.”

What is the #gentleminions trend?

Tens of thousands of videos on TikTok feature groups of young people, mostly teenage boys, showing up to screenings of Minions: The Rise of Gru rocking dapper suits and sunglasses, and sometimes carrying bananas, a reference to beloved the film franchise they grew up with.

In the vast majority of these videos, the groups attend the screenings without incident—in some cases even holding doors for moviegoers and shaking hands with theater staff, all in the guise of their “gentleminion” characters.

But a handful of videos show teenagers getting into trouble at the screenings, in some cases being escorted from the cinema by management or police.

As It Happens has reached out to several people who appeared in these videos, but none responded to a request for comment.

Universal Studios also did not respond to a request for comment. But the company acknowledged the trend several times on Twitter, including a July 1 post that reads: “To everyone showing up to @Minions in suits: we see you and we love you.“

‘A weekend of costumes, fun and fandom’ in Canada

In Canada, the trend hasn’t caused any trouble, according to Cineplex Entertainment, which operates dozens of movie theaters across the country.

“As you can imagine, having guests arrive in costume for big film release is something that we’re used to, but what we saw this weekend was really something unique and special,” Cineplex spokesperson Sarah Van Lange said in an email.

“While I can’t give you a confirmed number, it would be safe to say that thousands of Canadians suited up this weekend to enjoy the film on the big screen.”

Lange says Cineplex hasn’t had any reports of security incidents related to the phenomenon — just “a weekend of costumes, fun and fandom.”

But that hasn’t been the case everywhere.

Philips-Smith says large groups of TikTokkers have disrupted every weekend screening of Minions: The Rise of Gru at Mallard Cinema, the only movie theater in Guernsey, an island in the English Channel.

“At first it was things you typically expect from high-spirited kids. They were excited, stuck on their phones, talking a lot, cheering. But once the film [started], they didn’t stop, they didn’t settle down. It just got louder and louder. They were starting to throw things to each other, throw things past our regular customers, past families sat there with the children,” he said.

“The language was appalling and very offensive, especially again, for the younger kids in the audience. And when staff then tried to settle them down, that just seemed to antagonize them further. And the staff were then even subject to abuse.”

Mallard Cinema briefly responded by halting all screenings of the movie. It has since started airing the film again but is only selling tickets at the door so it can keep an eye on who’s showing up.

“We have, temporarily at least, had to put a blanket ban on anyone coming in dressed up that’s obviously dressed up for, you know, the TikTok trend,” Philips-Smith said.

And they’re not alone. Odeon Theaters told Newsweek it had to “restrict access” to the movie in some of its UK theaters “due to a small number of incidents in our cinemas over the weekend.” and Regal Cinema in Wadebridge, Cornwall, posted on social media that it would no longer admit “unaccompanied children wearing theirYots” to the film.

Philips-Smith says he believes the trend began with good intentions — young people expressing their passion for a franchise that’s been in their lives since they were children. But as it’s grown, he says it’s been hijacked by people who just want to goof off and cause trouble.

“I just think it’s very short sighted and immature and very, very selfish,” he said. “Just for a few seconds of a laugh, they’re damaging our business, you know, the only cinema on the island available to them. But they’re also ruining the experience for all the families that are coming to enjoy the film for genuine reason.”