First reactions to ‘The invisible agent’, the new Russo for Netflix 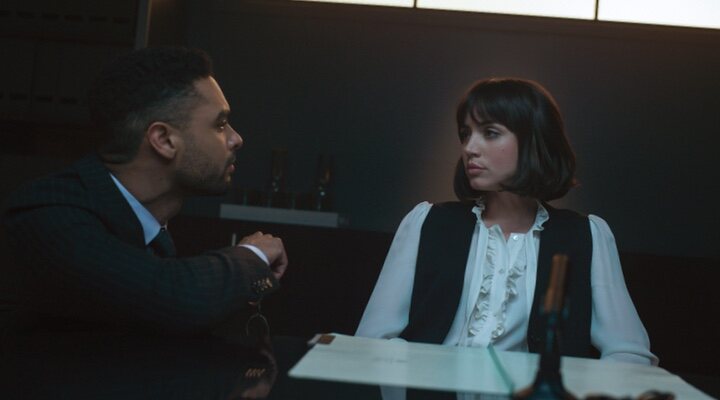 ‘The invisible agent’, a very expensive movie that Netflix premieres next July 15 in theaters and streaming on July 22, has already been made available to the press and has been seen at an event with fans in Los Angeles, hence the first reactions are on Twitter. This film, directed by both Russo brothers and written by Joe Russo in collaboration with Stephen McFeely and Christopher Markus (with whom he worked on ‘Avengers: Infinity War’ and ‘Endgame’); is succeeding thanks to its action, but it would be far from the best of the genre.

Some of the fans and professionals of the medium compare it with ‘Mission Impossible’ or ‘John Wick’ ensuring that it is light years away from both, in spite of which his action would be “adrenaline charged” and it would be “wildly entertaining”. Many agree in their praise of the film’s protagonist, Ryan Gosling, and the antagonist, played by Chris Evans, highlighting the know-how of both in the fight scenes. Ana de Armas also gets some compliments but, on the contrary, Regé-Jean Page, formerly of ‘The Bridgertons’, is not even mentioned.

“The Russo Brothers’ ‘The Invisible Agent’ has relentless, well-constructed action sequences. It’s a constant battle of wits and bullets. Ryan Gosling and Chris Evans replicate excellently, and Ana de Armas is as rude as she is gorgeous. Dhanush’s scenes are ruthless and sharp”.

THE GRAY MAN is a tactically aggressive, assassin action film by the Russo Brothers. Ryan Gosling brings his usual stoic toughness against Chris Evans’ wicked charm from him. Not as impressive as the Mission: Impossible or John Wick films but still a hefty piece of popcorn entertainment. pic.twitter.com/ggXuErNUYs

“‘The Invisible Agent’, the Russo brothers’ action flick, is riddled with wildly aggressive killers. Ryan Gosling brings his usual stoic toughness, set against it by Chris Evans’ wicked charm. It’s not as impressive as the ‘Mission: Impossible’ or ‘John Wick’ movies, but it’s still a great popcorn movie.“.

Netflix’ #TheGrayMan is a solid action-thriller (the streamer’s best so far), with great performances by Gosling, Evans, and de Armas. The fight choreography and stunt work are excellent, to put it mildly. Overall a winner.

“Netflix’s ‘The Invisible Agent’ is a solid action thriller (the best this streamer has released so far), with great performances by Gosling, Evans and de Armas. The fight choreography and stunt work are excellent. In general, it’s a hit”.

#TheInvisibleAgent it has the occasional powerful action scene and pockets of humor that it refuses to embrace. don’t dare to be #FastAndFurious and stays VERY far from #JohnWick, #Mission Impossible either #JamesBond. Of course: it copies all of them with more or less grace. entertainment without+ pic.twitter.com/FCIggRBbwS

honestly if the Russo brothers produce an Everything Everywhere All at Once every year they can make as many god damn gray men as they want. they could make a six-episode spinoff series about Chris Evans’ khakis for all i care.

“‘The invisible agent’ is two hours of everything that Tom Clancy [autor de ‘Jack Ryan’] would rule outwith its protagonists shouting absurd things like ‘make him dead’ [a la traducción directa: ‘hazlo muerto’, una forma efectivamente ridícula de decir ‘mátalo’] between bland action scenes in stunning locations; all of which leads to the reveal of the most hilariously stupid backstory I’ve ever seen. It almost made me feel nostalgic for ‘Red Alert’. Mind you, honestly, if the Russo Brothers produce an ‘Everywhere Everywhere’ every year, they can make as many damn ‘The Invisible Agent’ as they want. As far as I’m concerned, they could do a six-episode spin-off about Chris Evans’ persimmons”.

See also  'Guardians of the Galaxy Vol. 3' finally gets an official release date