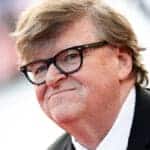 Michael Moore has proposed a Constitutional amendment to replace the Second Amendment, after calling for its full appeal last month. The proposal would still allow Americans to own guns, but protect the “inalienable right of a free people to be kept safe from gun violence.”

Moore tweeted the hypothetical “28th Amendment” on Sunday, which outlines serious testing and background checks before obtaining a firearm.

“All who seek a firearm will undergo a strict vetting process with a thorough background check, including the written and confidential approval of family members, spouses and ex-spouses and/or partners and ex-partners, co-workers and neighbors,” the document reads. “A mental health check will also be required. There will be a waiting period of one month to complete the full background check.”

Moore proposed the minimum age to buy a gun be 25 years old, adding that there should be a yearly license renewal process. The “28th amendment” also lays out several types of banned firearms, and demands anyone who owns one of the restricted classes of weapons turn them into local law enforcement.

“This amendment specifically does not grant any American the ‘right’ to own any weapon,” Moore wrote.

Last month, Moore spoke openly on his “rumble” podcast about his desire to repeal the Second Amendment in favor of the “right of all of us to be protected from gun violence.” He mentioned the Uvalde shooting and his documentary about gun violence in “Bowling for Columbine” in 2002. In the wake of Uvalde, Moore is urging Democrats to be “brave” in their push for gun reform.

“You don’t need a gun,” Moore added. “If you’re afraid of somebody breaking in, get a dog.” 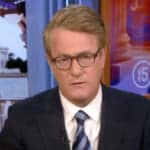