‘Thor: Love and Thunder’: This is the box office of the latest Marvel premiere 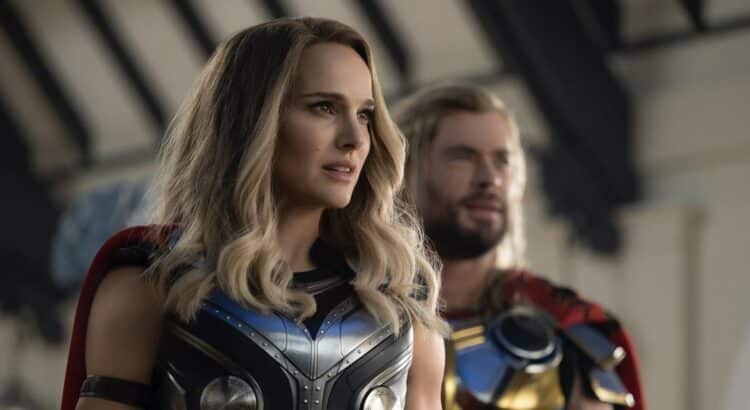 The fourth film of the God of Thunder has hammered hard and has been placed as the best premiere of the weekend, something that is not very surprising on the other hand. There was a desire to see Chris Hemsworth and more to see him again with Natalie Portman. And again, Taika Waititi, the director of ‘Thor: Ragnarok’ has returned to please the fans.

The film has grossed a total of over $143 million in the United States.. The film is therefore placed as the third best premiere so far this year. The previous Marvel adventure released in 2022, ‘Doctor Strange in the Multiverse of Madness’, with more than 187 million dollars, is placed first in that ranking, followed by ‘Jurassic World: Dominion’, with 145 million .

Globally, the Marvel movie has made a total of 302 million dollars worldwide. A figure that is far from the one that made the second part of ‘Doctor Strange’. Thor and company therefore surpass the Minions movie, ‘Minions: The Origin of Gru’, released last weekend. The new installment of Universal Pictures already includes almost 400 million dollars in its entirety.

With regard to Spain, the ranking is quite consistent with what the world box office dictates: the fourth installment of Thor tops the list, followed by the Minions movie. ‘Dominion’ remains in third place, while ‘Elvis’ and ‘Top Gun: Maverick’ follow in the ranking.

In this new installment of Marvel, directed by Taika Waititi after having been in charge of the third, released in 2017, the God of Thunder (Hemsworth) embarks on a journey that has nothing to do with what he has faced so far: a search for interior peace. But Thor’s retreat is interrupted by a galactic assassin known as Gorr the Butcher of Gods (played by Christian Bale), who seeks the extinction of the gods. To deal with the threat, Thor enlists the help of Valkyrie (Tessa Thompson), Korg (Taika Waititi) and also his ex-girlfriend Jane Foster (Natalie Portman) who, to Thor’s surprise, inexplicably wields her magical hammer, Mjolnir. , like the Mighty Thor. Together, they embark on a cosmic adventure in which they will have to unravel the mystery of the Butcher of Gods’ revenge and stop him before it’s too late.