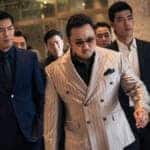 Choi Jae-Hoon’s “The Killer” has it all: a missing young girl, a man in over his head and a conspiracy that goes all the way up to the top. If that sounds familiar, it’s because Choi’s film, though full of slick action, relies on familiar tropes from gritty thrillers of the past to make too much of a name for itself.

“The Killer” stars Jang Hyuk (Choi’s “The Swordsman”) as the titular killer, Bang Ui-gang, a semi-retired assassin-for-hire, eager to settle down with his wife (Lee Chae-young) and get into the home renovation business. She leaves him to go on an all-too-normal girls’ weekend, entrusting him with the responsibility of her friend’s stepdaughter, Kim Yoon-ji (Lee Seo-young), a 17-year-old girl with a wayward streak.

Ui-gang and Seo-young make for an odd pair: He’s a childless man in his 40s, with a stern, abiding sense of law and order, and she’s a teenager looking for a good time. But Seo-young’s wild streak of Ella lands her in trouble, and before he knows it, Ui-gang is searching all over town to get her back from meddlesome gangsters.

If the set-up sounds somewhat convoluted (how many people are tasked with taking care of their significant other’s friend’s nearly-adult child they’ve never met before?), then the plot that follows will feel equally hare-brained, if not entertaining , full of twists and turns that add plenty of suspense, assuming you don’t think too hard about them. Based on the popular 2018 novel by Bang Jin-Ho (initially titled “The Girl Deserves To Die”), “The Killer” keeps a steady focus on Ui-gang who is just as baffled, if not determined, to get through the events of the film as the audience.

Luckily, and perhaps where it counts the most, the action in “The Killer” is, well, pretty killer. Jang is a confident, competent leading man, slick and entertaining to watch, as gruff as he may come off to his peers and adversaries. Choi stages the action as an unforgiving and bloody melee, never quite letting the viewer forget that what’s happening is violent, with a very human cost. The neon interiors and narrow hallways make for a killer’s playground, and everything from guns to axes counts as a weapon. Jang is famous for choreographing his own fight scenes, and indeed, with any other star at the helm, “The Killer” would feel rote, if not far less lively. 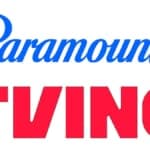 Here too the cinematography feels surprising, the camera swooping and bouncing with a type of choreography of its own. More importantly, the action sequences are fun, full of personality and creative (if not a little thick) kills. Though “The Killer” is intended to contextualize itself in a genre, it’s often at its best when it’s bucking those tropes in lieu of sleek, dramatic action.

There have been a slew of revenge-centric action thrillers over the past few years, many (if not most) of which revolve around a missing girl. Whether she’s the protagonist’s wife, daughter, or wife’s friend’s daughter, the trope hovers around exhaustion. It would be one thing if Yoon-ji felt more distinctive in the film, but she’s tricky to nail down, inconsistent in wants and present on-screen only when convenient. 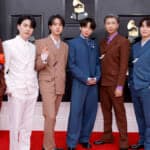 Indeed, “The Killer” slows down when it addresses the problem of Yoon-ji. Ui-gang isn’t too keen on getting to know her, and in turn, the audience doesn’t get to either. Most of the women in the film are either helpless saints or cruel deviants, none of whom have extended screen time or legitimate development.

If only “The Killer” consisted of more action, then, because otherwise Choi’s film feels caught up in the who-what-when-where of it all. The first act of “The Killer” is so intent on stating and restoring its premise that by the time the action kicks in, it’s been easy to forget what type of film it’s supposed to be. But as Jang kicks and punches and shoots his way through mansions and warehouses full of gangsters, there’s an unparalleled liveliness that makes it hard not to long for a sharper script, or at least a less complicated one. When it comes to a story we know well—the damsel in distress, her knight in bloody armor—cut the mythology and get to the slaying.

“The Killer” opens in US theaters July 13.