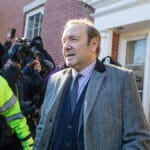 Kevin Spacey pleaded not guilty on all five counts of sexual assault. He appeared Thursday morning at his hearing at London’s Central Criminal Court, also known as the Old Bailey wearing a light blue suit and tie, flanked by his legal team and additional security.

The charges in question involve three separate men between the years 2005 and 2013. Spacey – here going by his full legal name, Kevin Spacey Fower – was told to expect trial on June 6, 2023. Anticipated to be held again at the Old Bailey due to the trial’s high-profile nature, it was said the trial should run three to four weeks.

admin
See also  Explanation of the 'old' ending: here is the explanation you requested