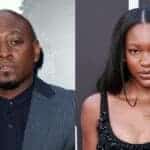 Steve Carell and Domhnall Gleeson star as a therapist and the serial killer client holding him hostage in the newly released trailer for FX and Hulu’s 10-episode limited series, “The Patient.” The project is set to premiere Aug. 30.

The chilling clip features earlier sessions between Ian Strauss (Carell) and Sam Fortner (Gleeson) as the latter describes his quick temper. What seemingly begins as a routine session with a patient eventually returns into a nightmare, as Fortner reveals himself to be a serial killer who demands help to curb his homicidal urges from him. “Successful therapy requires a safe environment without anything like fear hanging over every session,” Carell’s character says, as threatening and nightmarish images of chains, bodies and panic rooms flash onscreen.

Just as “The Patient” traces Fortner’s mental state — his unwillingness to engage with the topic of his mother Candace (Linda Emond) — the series also excavates Strauss’ long-buried memories of his old therapist Charlie (David Alan Grier), repressed grief following the loss of his wife Beth (Laura Niemi) and estrangement from his zealot son Ezra (Andrew Leeds).

“With time running out, Alan fights desperately to stop Sam before Alan becomes complicit in Sam’s murders, or worse — becomes a target himself,” the show’s logline reads. 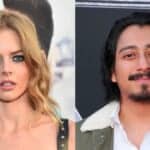