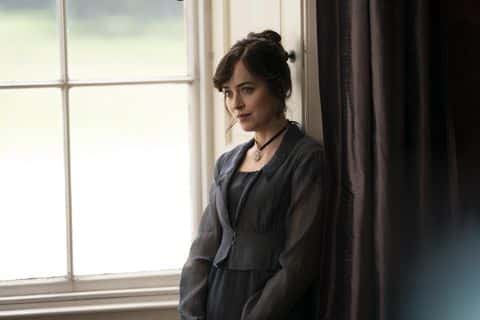 The critics of ‘Persuasion’ have not been kind, and it is understandable that they are not. The film, which features a standout cast including Dakota Johnson, Richard E Grant, Henry Golding, Nikki Amuka-Bird, and Cosmo Jarvis, has been buried by almost every media outlet.

Jokes range from the hyperbolic ‘everyone involved should be in prison’ (The Spectator) to ‘horrible’ (The LA Times). Nearly all of these reviews cite the Fleabag-ification of Austen’s posthumously published work as one of the film’s biggest flaws.

It is true that Johnson’s constant winking at the camera does not invite you into his psychology because there is no psychology in these characters. Instead, it’s as if someone took a ‘Pride and Prejudice’ Instagram filter and flattened it on the surprisingly modern-looking cast (a viral tweet at the ‘Persuasion’ trailer release aptly stated: “Dakota Johnson has the face from someone who knows what an iPhone is”).

Because the characters have no depth, breaking the fourth wall is a cheap trick to appeal to a generation of (probably) women who discovered ‘Fleabag’ and felt seen, felt their inner turmoil carried real weight. But unfortunately, ‘Persuasion’ is full of paper dolls.

However, the most glaring error in this author’s adaptation of the film is how she seeks to modernize themes that, in reality, only seem old-fashioned. It’s hard to imagine, for most of us, our parents talking us out of marrying a man because he isn’t ‘distinguished’ enough.

However, it is not hard to imagine a world in which inherited privilege, generational wealth, race, and the variety of other intersections of social, economic, and political identity influence the choice of a mate. Netflix’s need to stick to the aesthetically pleasing “Regency” garb means it can’t escape dated boundaries of themes that could easily carry over into modern times.

In the introduction to a 1998 edition of the novel, literary scholar Gillian Beer explains that ‘Persuasion’ was a novel that sought to explore the various ways, both overt and covert, in which society pressured women to do certain things. duties, particularly marriage. The outcome may have changed since the 19th century when Austen first wrote ‘Persuasion’, but the pressures have not.

Women (including trans women) still have a weight of expectation imposed on them that is impossible to bear. Being a career woman, being a mother, being mature, demure, being dedicated, being a girlboss: it’s painful for any woman to just be, to make her own decisions while navigating the world.

In some countries, that option is taken away: The annulment of ‘Roe vs. Wade’ continues to impact every facet of a woman’s life, not just the option to have an abortion. From getting chemotherapy to traveling between states, the world is shrinking at a drastic rate for women.

But none of this suffocating fear, a palpable sensation even as I write, is felt in ‘Persuasion’. Instead, ‘Persuasion’ makes you feel nothing more than the kind of nagging indigestion that comes from knowing that something much better could have been done.

In this way, ‘Fire Island’, available on Disney + Spain, is a much more successful, captivating and deeply moving modern Austen story. It transplants themes of otherness and cultural restrictions from the rigidity of the Regency era to the contemporary homophobia that pervades the culture (despite what the brands say otherwise during Pride month) and a beautiful film blossoms.

Refusing to give up the easy symbolism of corsets and pageantry, ‘Persuasion’ stifles its resonant themes and the film withers and dies before the first scene (thankfully) comes to an end, only for you to be reminded that there are still two more to come. hours.

In ‘Persuasion’, Austen writes: “When the pain passes, its memory often turns into a pleasure.” Sadly, the Netflix adaptation makes this quote untrue.

‘Persuasion’ is now available on Netflix.

admin
See also  I've been killing slimes: Flatorte gets a lot more than a medal