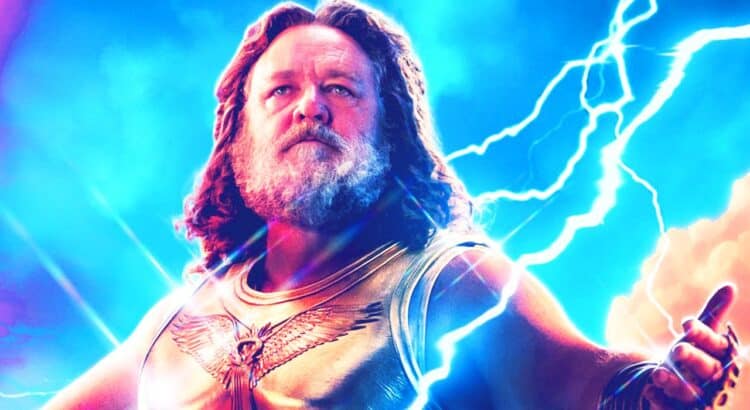 Director Taika Waititi has revealed that Thor: Love and Thunder‘s mid-credits scene casting was Marvel Studios President Kevin Feige’s idea. The fourth film centered on the Asgardian God marks the return of Chris Hemsworth’s Avenger following the events of Avengers: Endgame. Although marketed as a solo venture for Hemsworth’s Thor, the new MCU movie teams the hero with some powerful allies: Natalie Portman’s Jane Foster who has since transformed into the superheroine Mighty Thor, Tessa Thompson’s Valkyrie, and Waititi’s Korg. Christian Bale is the new big bad in the movie; he essays the character Gorr the God Butcher, the Necrosword-wielding assassin who seeks the extinction of gods. Thor: Love and Thunder opened to lukewarm reviews from critics, although its box office turnover has arguably been more favorable.

Despite mixed reviews, critics and fans unanimously agree that Thor: Love and Thunder‘s mid and post-credits scenes were arguably the best of all MCU movies of late. While the post-credits scene reintroduced Idris Elba’s Heimdall and teased the fate of Portman’s Jane, the mid-credits scene set up a potential future story, revealing a new nemesis for Thor. In this particular scene, it is revealed that Russell Crowe’s Olympian King Zeus is still alive, and he enlists his son to kill Thor so that people begin to fear gods once again. The son in question is the Marvel character Hercules, played by none other than ted lasso‘s Roy Kent star Brett Goldstein.

See also  Did Iron Man give Thanos the idea for his Infinity War plan?

Related: Does Thor: Love & Thunder Have An After-Credits Scene (& How Many)?

Now, in a new interview with ETWaititi reveals how Goldstein’s casting in Thor: Love and Thunder came about. As the helmer shockingly explains, Feige was the one who suggested that Goldstein should play Hercules in the movie. While Waititi himself is a ted lasso fan, he is not exactly sure why Feige proposed Goldstein for the role. Waititi says that Feige is secretive about his ideas about him, so he did not want to push him too hard over his suggestion about him. Read what Waititi said below.

“I can’t share much because you know that was all Kevin. Kevin was like Hercules, how about we ask Brett? And you know Kevin yeah keeps his cards you know close to the chest so like I don’t want to like, where are you pushing this? What do you want? Where are you going to go with this Hercules character?”

Although Feige has a lot of corporate responsibilities at Marvel, he still provides a lot of crucial creative feedback for the stories of each project. It does seem that he enjoys a close working relationship with Waititi. As he has expressed in previous interviews, he credits the filmmaker for tapping Hemsworth’s comic side, which he had wanted to exploit since the first Thor movie came out. Waititi had earlier mentioned that he wasn’t confident about how fans would react to Goldstein’s Hercules, but he was dumbstruck when Goldstein’s appearance at the movie’s premiere sent the crowd into a frenzy. This proves that Feige had an idea about Goldstein’s star power and the impact he would have on Thor: Love and Thunder audiences.

Goldstein’s Marvel future post-Thor: Love and Thunder is seemingly ambiguous, and Waititi isn’t in the loop about his character’s next potential MCU appearances. However, it seems that Feige does have a plan for Goldstein’s Hercules as he has asked fans to look for hints about the endgame of the MCU’s Phase 4 across numerous projects, suggesting the climax of the overarching plot will become clear soon. Recently, Feige weighed in on Hemsworth’s Thor’s MCU future. Although he did not affirm anything directly, he did indicate that stories have been discussed for his character of him. It is possible that Feige may be planning a conflict between Thor and Hercules, two long-standing comic rivals. But nothing can be said for sure until there is an official confirmation about the same.

Freelance writer, journalist, TV critic, and journalist. Fahad has written for several platforms including Dankanator, Movie Aroono, Folkspaper, and various other platforms. Fahad enjoys travelling, reading and badminton. He is an engineering student and a passionate writer.