Ana de Armas (‘The invisible agent’): “I was the pretty girl in high heels in a James Bond movie” 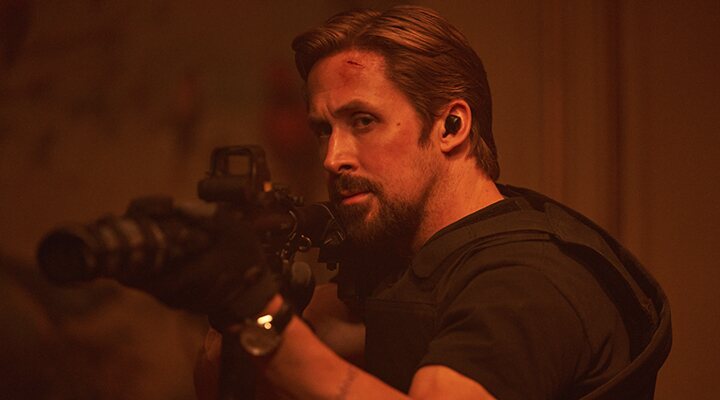 In the face of increased competition and the crisis due to the loss of subscribers, for a few years Netflix has decided to try to maintain its dominance in the streaming landscape with several key movements. One of them is the production of great action blockbusters starring very recognizable faces. Thus, ‘Tyler Rake’, ‘6 in the shadows’ or ‘Red Alert’ will be joined by ‘The invisible agent’. The film, which has cost 200 million dollars, is directed by Anthony Russo and Joe Russo, and its main cast includes stars such as Ryan Gosling, Ana de Armas or Chris Evans, among others.

During the press conference that eCartelera was able to attend, Joe Russo assured that ‘The invisible agent’ “It’s a modern story. This movie is connected in many ways with some current problems of the world“. For this reason, the filmmaker considers that it is much closer to life and today’s audience than legendary sagas such as ‘Bourne’ or ‘007: James Bond’. “The protagonist is very existential and quite funny. It fits very well with our sense of humor and it’s the kind of movie that we think can work very well with today’s audiences“Add.

One of the strong points of the film is its great action scenes. But its protagonist believes that ‘The invisible agent’ goes further. “There are absolutely spectacular scenes and action sequences, but at the same time you accompany the characters on their journeys. You can understand Sierra Six because he is an analog hero in a digital world.“, anticipates Gosling, who plays a CIA agent who is persecuted by the agency itself when he finds some dark secrets about his boss. In order to carry out such a role, the interpreter had to work hard. “There was a lot of training, but I also needed a lot of help. We had a great team of stuntmen who knew various styles of martial arts that they try to instill in you, or in the character.”thanks. 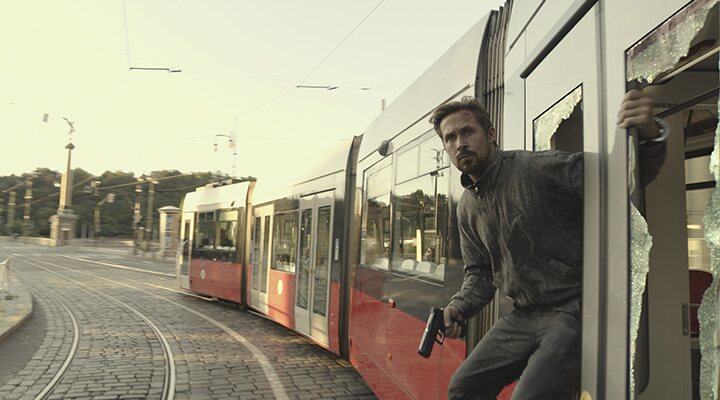 The film’s story takes Gosling’s character on a dangerous chase around the world, leaving shocking sequences in locations like Prague. “For the Prague sequence we need a large part of the city”reveals Joe Russo, “It starts in a square and spreads to a chase across the city. It was very complicated. To give an example of how difficult it was, there is a part where Ryan’s character gets on a streetcar and Ana’s character She chases him by car surrounded by mercenaries. For that scene we used real Prague trams and buses modified to look like trams, because we needed the tram to go faster and on streets without rails. We also had a tram on a set in Prague surrounded by blue screens. We built the scene in all these locations, we shot with the main cast, with the specialists for the most dangerous parts… It was a complex process”. The director ends by detailing that “We were shooting ten days in which there was everything, shots, explosions, cars colliding…”

In fact, the movie was an idea the Russos had been mulling over for a long time. “It took us nine years to develop ‘The Invisible Agent’ because we were focused on Marvel”Anthony Russo confesses. Precisely one of the protagonists of the film is one of the little right eyes of him from his marvelous stage, Chris Evans. The one who was the great American hero representing Captain America, now changes register to put himself in the shoes of the bad guy. “Playing the villain is always more fun, you have more freedom and you can make more jokes”celebrates the actor, “But it’s working with the Russos that gives you that sense of complete trust and freedom. When you trust directors you are more willing to take risks, and a character like this is very risky. I don’t know if it would have been as rewarding without the Russos “The shoot was a lot of fun because I love the Russos. They know how to set the tone and put together a good team. It’s even hard to call this work.”. 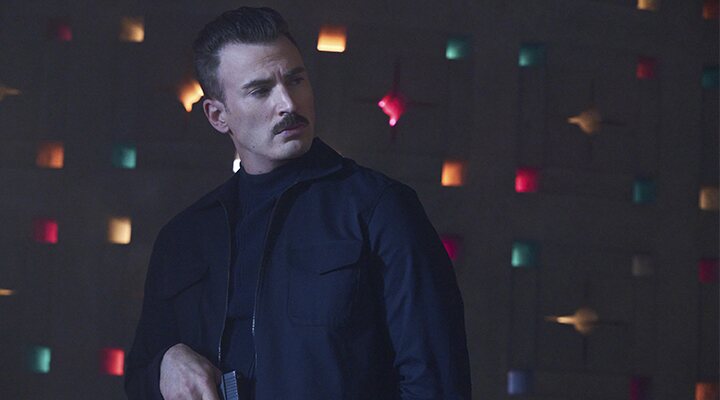 Evans has always been particularly involved in the entire cinematographic process, which is why he once again emphasizes the importance of being able to work with directors like the Russos. “It is a matter of evolving our trust, our mutual understanding and communication. Cinema is a world where you can lose semantics, there are many creative minds on set trying to reach the same goal and trying to communicate their vision, and it can be complicated. You develop an understanding of people’s language and they understand my strengths and the things I still don’t want to do and can’t wait to do. That familiarity is what creates trust, and that trust is what makes the risky filmmaking process seem less risky”he reflects.

One of the reasons why all the actors are delighted with the Russos is the creative freedom they give their teams. Joe Russo sums it up in that “we are always open to what happens at the moment, if it is something organic or fun, no matter where it comes from, if it works for the character and the story we test it. Everyone here brought dialogue, jokes and character nuances that made the movie more colorful.” And one of those who got into the character the most was Ana de Armas. “I loved the character, who this woman was, her background, her training, her mindset, how amazing she is, how brave she is…”comments the Hispanic-Cuban actress, who confirmed that the pre-production had an important “mental and physical training to become a CIA agent”. 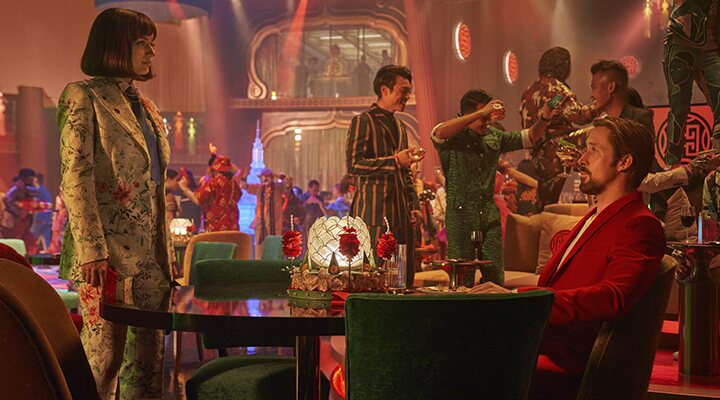 To do this, he had to learn to use weapons, understand how to move with them and, in short, carry out a hard military training. A job that he enjoyed a lot because he was able to “see how it was improving”. But, in addition, the work on the psychological part was essential to understand how a CIA agent behaves, something for which she also had help and preparation. “I needed that other part, the psychological one, knowing what you do. Because at the end of the day you’re on a mission out there, risking your life. It’s not like all those people around you, they’re in the office. In the end, it is you who acts, you make the decisions to solve the problems at the moment. This guide to the CIA was very helpful because, in the end, it’s all about doing the right thing.”He says.

Another strong point of ‘The Invisible Agent’ that he did not want to leave aside during the press conference was the good representation of the female characters. Ana de Armas is a great field agent, but behind the operations there are also very strong and empowered women. “It’s important that women in action movies are portrayed as more than just women in heels being sexy and beating up men. It is important that they represent themselves in a way that they are doing their job regardless of how attractive they are. I think it’s very important to portray women as women and not as high heels, long hair, and long fingernails beating up guys. Represent them in a respectful and powerful way at the same time“claims young Julia Butters proudly. 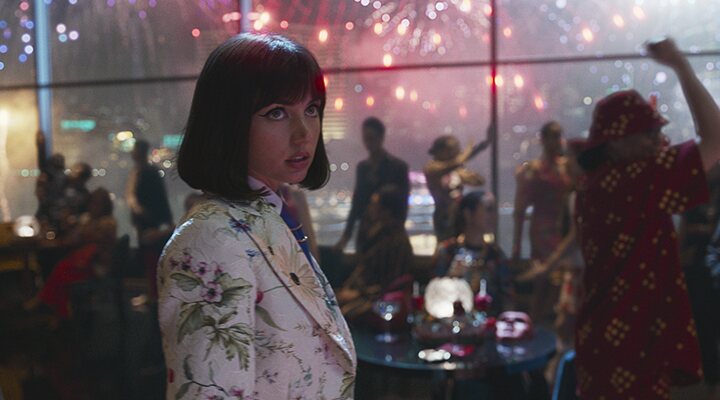 De Armas joins his partner, even giving a little stick to his previous role in a film of the genre. “I have been there. I was the girl in heels in a ‘James Bond’ movie, looking pretty and how I should be… It is very refreshing to play a role in which the physical is not put forward. I’m not the love interest of Ryan’s character. Here the power of my character is seen in a very different way. Dani Miranda is an intelligent woman who knows at the end of the day that she has done the right thing. It’s important to represent women in action movies like this, to highlight how they command”complaint.

One last aspect that he did not want to leave untouched at the press conference, and perhaps one of the most revealing, was the possibility of expanding or continuing the universe created with The Invisible Agent. Anthony Russo was very direct and pointed out that “Part of our motivation in putting together an amazing cast like this is the chance to develop a few good characters in hopes of creating a kind of universe. You want to follow them all, whether it’s backwards or forwards. So we hope that there are more stories to tell in the world of ‘The invisible agent’“. Will it refer to a direct sequel, or rather a spin-off? Be that as it may, what is clear is that the creative machinery of the Russo head is already in motion. But in order to get the green light, they’ll first have to get this movie to work well on Netflix.

‘The invisible agent’ is now in select theaters and premieres on Netflix on July 22.