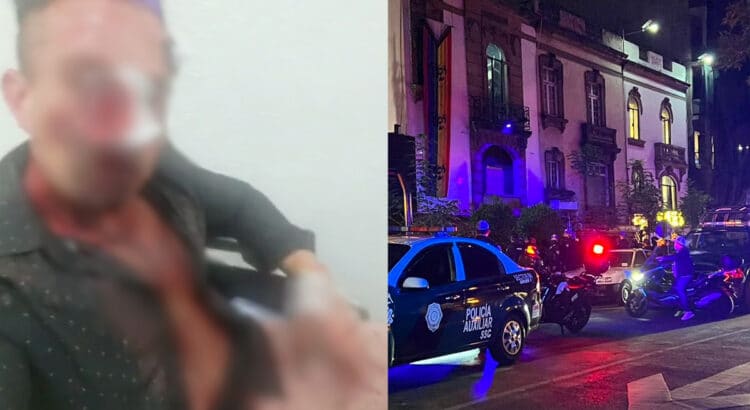 After the case of a group of young people who were attacked outside the “Rico Club” went viral over the last week, an LGBT+ nightclub that has been operating since 2018 and is located on Calle Niza in Zona Rosa, now the Cuauhtémoc Mayor’s Office suspended the activities of the place during the night of July 16.

Through social networks, Mayor Sandra Cuevas shared a video in which you can see elements of Civil Protection as well as the Secretariat of Citizen Security Carry out the corresponding procedures to place the “suspension” stamps at the entrance of the club.

Cuevas Nieves stated that the demarcation of which he is the holder receives a little more than 6 million people daily and that is why we have the “obligation” to care for and respect all passers-by.

However, the public official does not mention at any time the reasons for stopping operations of the den that accumulates various complaints of harassment, beatings and alleged illegal drug sales.

In Marcanet, of the Mexican Institute of Industrial Property, the brand “Rico Club” appears registered in the name of David Rodrigo Alcántara Enríquez and appears represented by the BGW law firm that offers on its official site, legal solutions in the areas of arbitration and alternative means of dispute resolution. The Rico Club operating license has not been released by the authorities.

Secondly, the nightclub issued a statement during the afternoon of last Friday to make itself available to the authorities to clarify the events that occurred and assured that “no member or collaborator” of his participated or supported.

The victims of the attack ended up with several blows which caused bleeding to points in head wounds. In addition to the fact that their cell phones and money were taken from them, according to the complaint that was made public on social networks on July 12.

The night before yesterday they attacked my friends outside RICO: broken bones and noses, in addition to taking money and phones shouting “PlNCHES PUT0S!” It would seem that Rico and the police are in collusion. If you can share this thread for everyone’s safety, I would greatly appreciate it. pic.twitter.com/eRTwDF9e0s

As long as The Mexico City Prosecutor’s Office announced that an investigation has already begun but still waiting for the victims to file the complaint. Likewise, other complaints about aggression and/or abuse of people were made present on social networks.

Such is the case of a young man who remembered when three years ago he arrived home unconscious after visiting the nightclub and when conducting clinical studies, he realized that “benzodiazepine” was found in his body, a drug that acts on the central nervous system with sedative effects.

It’s been 3 years since my incident at Rico Club and I see that everything is still the same.

Until now an individual position by David Alcantar, who runs the nightclub, is unknown together with the den “Lx Locx” of which it is not known if it will continue in operations. Aristegui News He tried to communicate with David Alcántar but did not receive any response, in addition to deleting his Twitter account.