Almost 70% of people in Mexico feel unsafe in their city: INEGI 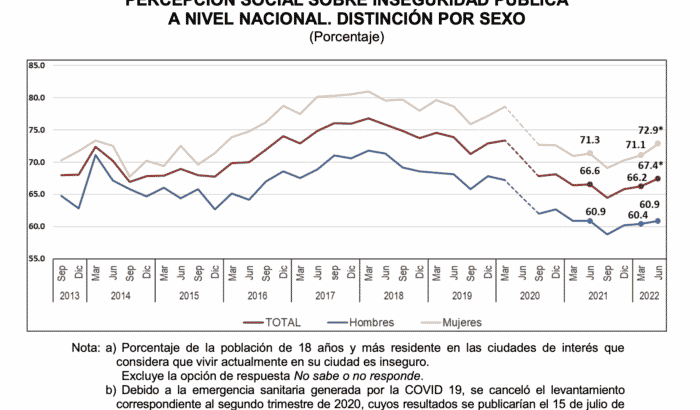 Last June, 67.4% of the population over 18 years of age in Mexico considered unsafe to live in your cityreveals the National Survey of Urban Public Security of the National Institute of Geography and Statistics (INEGI).

The survey, corresponding to the second quarter of 2022, indicates that compared to the same period last year, there was a slight increase of 0.8% in the perception of insecuritybecause in 2021 66.6% of the surveyed population said they felt insecure.

According to the gender of the population, 72.9% of women surveyed in 75 cities in the country stated that living in their community is unsafewhile in the case of men, 60.9% answered in this sense.

According to the study, banks rank third in perception of insecurity followed by the streets, highways, markets and parks. 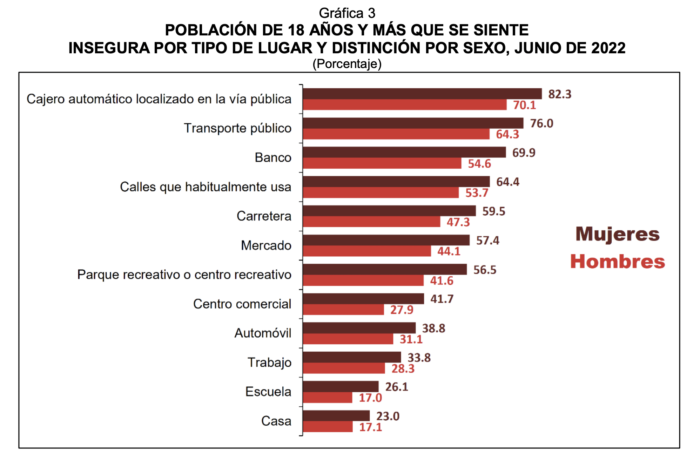 The survey shows that the prospects for security in the country are not at all optimistic, since 28.5% of the population considers that the situation will worsen in the next 12 months, while 34.6% believe that it will continue to be just as bad.