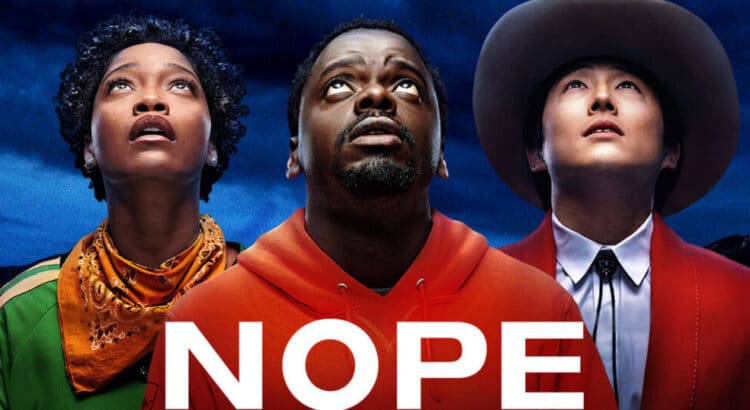 The first reactions to Jordan Peele’s nope began hitting Twitter last night once the social media embargo was lifted, and the early word is praising his latest effort as his most ambitious film to date.

Nope had its premiere in Los Angeles last night, and soon after it was over, the near-universal stance is that Peele is 3 for 3 after scoring with get-out and Us. Most are calling the film extremely ambitious, while there are a lot of comparisons to Steven Spielberg, Close Encounters of the Third Kindand jaws. Our very own JimmyO said in his quick thoughts on social media, “#NopeMovie is an absolute blast!! @JordanPeele has crafted a loving homage to fans of a certain Spielberg masterpiece – I’ll let you figure that out. The cast is excellent, and the sound and set designs are impeccable!” You can check out some of the other first reactions below!

nope follows the residents of an isolated town who begin witnessing a mysterious and abnormal event. Among them are ranch owners James and Jill Haywood (Daniel Kaluuya and Keke Palmer), who begin to be tormented by the presence of an unidentified flying object. The film also stars Steven Yeun, Michael Wincott, and Brandon Perea.

What are YOUR thoughts on the first reactions for nope? The film hits screens this Friday, July 22, 2022.