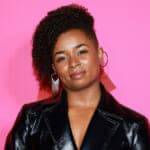 Freema Agyeman will not return for the fifth and final season of NBC medical drama “New Amsterdam,” she announced on Wednesday.

The news comes less than a week after Sky announced filming had begun on Agyeman’s new series, “Dreamland,” which will also star singer Lily Allen in her debut TV role. On Friday, the former “Doctor Who” star posted a photo to Instagram of her and Allen on the set of “Dreamland,” with the caption, “Come watch me and @lilyallen play-out in the sunshine in Dreamland! All new dark comedic exploration of dysfunctional family dynamics! Gonna be a ride!”

Agyeman, who has played Dr. Helen Sharpe since the series premiered in 2018, shared a farewell message to her “New Amsterdam” fans on Wednesday, thanking them for their “unending, dedicated and deliciously ferocious support!”

She added, “[Helen Sharpe] has meant so much to me, but the time has come for me to hang up her white coat, as I officially share the news that I will not be returning for the final season of New Amsterdam. While I am saddened, I am also incredibly excited to see how the story concludes as a fan of the series. It has been such a joy to play Dr. Helen Sharpe for 4 seasons — those magnificent writers built a badass! Beyond grateful for the opportunity to tell some of her stories about her!”

Season 4 of “New Amsterdam” ended with her telling Max Goodwin (Ryan Eggold) that she can’t marry him, a serious blow both for the series’ main character and for fans of the “Sharpwin” (Sharpe + Goodwin) pairing.

Series creator and executive producer David Schulner and executive producer Peter Horton hinted that we might see Agyeman again before the series end. “The doors of New Amsterdam will always be open if she wishes to return!” they said in a statement shared with TheWrap, adding, “want our #Sharpwin fans to know we still have a few surprises in store for them.” The duo also said, “We wish Freema the best of luck on her de ella next chapter… We are extremely proud of the impact Freema and Dr. Helen Sharpe have made over these past four seasons and are so grateful to have been a part of that story.” 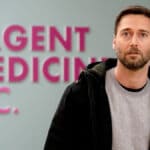