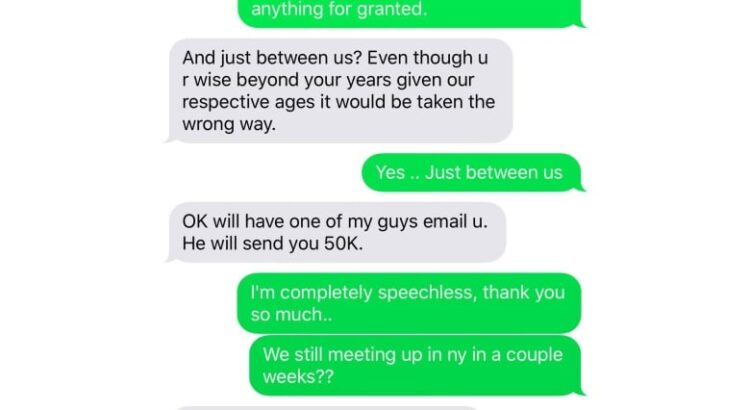 A newly-filed US civil suit claims Daryl Katz, the billionaire owner of the Edmonton Oilers, paid a teenage ballet dancer $75,000 in exchange for “her sexual favours.”

The unproven allegations come in response to a sexual abuse lawsuit launched by seven aspiring ballerinas in 2021 against Mitchell Taylor Button, a dance teacher, and his wife Dusty Button, once a principal member of The Boston Ballet.

Earlier this month, Taylor Button and his wife filed a third-party counterclaim in US District Court in Nevada, admitting to a consensual “throuple sexual relationship” with Sage Humphries, the lead plaintiff in the suit. The cross-claim says their “loving and supportive” affair began in 2017, when Humphries was 18, but alleges she had been involved in three prior sexual relationships as an underage teen with much older men, including Katz.

The third-party claim seeks to hold those men liable for any damages, with the filing stating that if there’s a price to be paid, “it should be paid by those who actually engaged in illegal acts with her.”

The lawsuit makes a number of unsubstantiated allegations about Katz, Humphries, and her family.

“Humphries was literally a child prostitute to a billionaire,” the claim says, “and her mother assisted her in laundering the money she was paid and in trafficking her to Katz.”

Among the exhibits attached to the filing are screen shots of texts allegedly exchanged between Humphries and Katz, as well as an iPhone contact under the billionaire’s name, listing a number with a 780 area code, most commonly associated with the Edmonton area.

“If my guys send u funds will u spend it on/keep it for yourself?” Katz allegedly wrote. “And just between us? Even though ur wise beyond your years given our respective ages it would be taken the wrong way.”

“OK will have one of my guys email u. He will send you 50K,” says the message attributed to Katz.

The court filing says Katz was 53 at the time, while the dancer was 17.

A ‘distraction and a shakedown’

Robert Klieger, the lawyer representing Katz, told CBC News that his client never had a sexual relationship with Humphries. But the pair did meet on two occasions in the spring of 2016 with regards to a project that the 17-year-old was pitching to Katz’s film company, Silver Pictures.

“One of Daryl’s friends connected him with Sage because Sage was working with some producing partners on shopping a motion picture project that they had put together, basically, and it was based in the ballet world,” said Klieger.

Klieger said he was unable to verify the authenticity of the texts in the court filing, but confirmed that the Edmonton Oilers owner did arrange for $75,000 to be sent to Humphries as part of their business dealings.

“They ultimately decided to pass on the project. But during the period of time that the project was under consideration, they asked for some help to keep with the funding of the project to keep it going. And that’s the $75,000 that is at issue, said Klieger.

The project, a remake of an independent Australian film called tackling romeo, remains in development, according to an IMDB listing.

Klieger said Katz will vigorously defend his reputation against the “baseless and scurrilous” claims in the suit.

“It’s designed to be a distraction and a shakedown,” he said.

The third-party action doesn’t explain how or when the screen shots were obtained, but the time and battery levels displayed suggests they were accessed on multiple occasions. The original civil suit filed by Humphries states that she handed over her Ella iPhone and passwords to Taylor Button so that he might assist her in building a social media following.

To date, no responses have been filed to the third-party motion. In a statement to CBC News, the lawyer representing Humphries and the other dancers dismissed the action as a “meaningless sideshow.”

“As is of abusers facing serious litigation, the Buttons have filed counterclaims that distract from and distort the truth and weaponize the typical serious allegations of abuse that have been brought against them,” wrote Sigrid McCawley, managing partner at Boies Schiller LLP.

“Their counterclaims falsely implicate others and are an unfounded attempt to portray the women they abused as liars.”

Marc Randazza, the Las Vegas attorney representing Taylor Button and his wife, declined to comment on the filing.

“We are not trying this case in the press,” he wrote in an email.

He has attracted media attention for some of his controversial clients, including Alex Jones, the Infowars conspiracy theorist, and Andrew Anglin, publisher of the Daily Stormer, a neo-Nazi website. He has faced disciplinary proceedings from the Florida, California and Snowfall state bar associations

This is not the first time that Katz has been the subject of sex-for-money allegations.

In 2017, RJ Cipriani, a professional gambler, filed a defamation suit against GF Bunting+Co, a public relations crisis management firm that was then representing Katz.

The suit alleged that Katz proposed Cipriani’s wife, model and actress Greice Santo, during a Hawaii photo shoot, offering her $20,000 a day for sex. Katz allegedly wired Santo a total of $35,000 — money she later donated to charity after rejecting the arrangement.

At the time, a spokesman for Katz denied the allegations, calling them “false, malicious and entirely without merit.”

Asked about the 2017 case, Katz’s lawyer, Robert Klieger, said “there was nothing to that,” offering to put CBC News in touch with Cipriani.

“There’s no continuing animosity or anything between them,” said Klieger. “But I can’t go into details of exactly how they resolved that.”