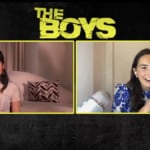 Amandla Stenberg will officially be joining the “Star Wars” universe as they take off to lead the series “The Acolyte.” The “Bodies, Bodies, Bodies” star was rumored for the role last year.

The official “Star Wars” Twitter account confirmed the news with a post, which featured an image of Stenberg posing alongside R2-D2. “Join us in welcoming Amandla Stenberg to the the Star Wars galaxy,” the post read.

On Instagram, the actor, who is nonbinary, added, “Next stop: a galaxy far, far away…I am so excited to finally announce I’m joining Star Wars: #TheAcolyte! Honored is an understatement. May the Force be with you 🖤.”

Stenberg, who is best known for appearing in “The Hunger Games,” “The Hate U Give” and “Everything, Everything,” was initially reported as being in talks for the part back in December 2021. She has appeared in TV before, in shows like “Mr. Robinson, ”“ Sleepy Hollow ”and“ Ziwe, ”although this will mark her first leading role.

Going farther back in time than any live-action “Star Wars” project before it, “The Acolyte” will take place in the last days of the High Republic Era, centuries before “The Phantom Menace,” where the thought-to-be eradicated Siths have returned. “Russian Doll” co-creator Leslye Headland will be showrunning.

Speaking to TheWrap last year, Headland — who is the first queer woman to be behind a “Star Wars” title — said “The Phantom Menace” appealed to her upon its release, when she was first discovering her sexuality. “I actually was very intrigued by why George Lucas had started us at that particular point. I kind of wondered, but what happened to lead up to this? That’s kind of where my ‘Star Wars’ fan brain went like, ‘How did we get here?’ And why are the Jedi like this? When they are in power, why are they acting this way and how is it that they’re not having the reaction that you would think they would to Anakin’s presence and what Qui-Gon Jinn is saying about how passionately he feels about training him and bringing him into the fold.” 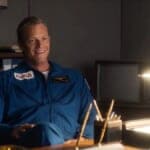