Day of rebellion against mining: Oaxacan peoples and groups take to the streets in defense of common goods 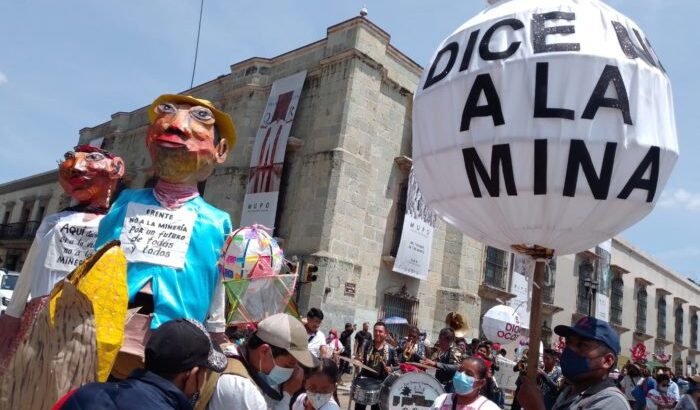 Oaxaca, Oax.- From the festival and the defense of the territory as the ritual where people share, live together, celebrate and exchange, Zapotec communities and Oaxacan groups took to the streets of the capital of Oaxaca to emphasize their refusal against mining and megaprojects to the length and breadth of this southern entity.

Is he Day of rebellion against mining that for six years, peoples and groups have been carrying out to ratify their struggle in favor of common goods and of land and territory.

They stressed that it is urgent to weave ties worthy of brotherhood between communities and peoples in a territory where the struggle for autonomy and self-determination.

Every July 22 since 2016, Oaxacan communities and organizations claim their fight against extractivism and dispossession that threatens the territorial space, as well as against the false discourse of progress and development, with which “they have deceived our communities to plunder our wealth”.

Led by members of the Front No to Mining for a Future of All and All, Oaxacan Assembly in Defense of Land and Territory, State Space in Defense of Native Corn of Oaxaca, Oaxacan Collective in Defense of Territories, Services for an Educational Alternative AC EDUCA, walked the streets with the message of “No to mining.

They expressed that throughout the Oaxacan entity there is a series of unfair actions such as mining, hydroelectric plants, industrial agriculture, refineries, gas pipelines, fracking, logging, water privatization and state policies that threaten self-determination and territories.

For example, they pointed out that in the Isthmus of Tehuantepec the intention is to consolidate the Interoceanic Corridor, which consists of the modernization and expansion of railroad tracks, highways, ports and the installation of 10 industrial parks that will affect 90 municipalities belonging to the states of Oaxaca, Veracruz, Chiapas and Tabasco, in which 18 native peoples live. 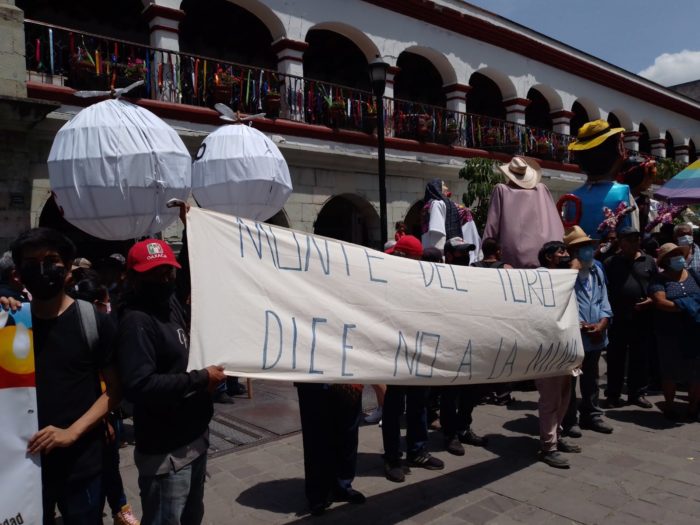 Meanwhile, in the Central Valleys they argued, the Cuzcatlán mining company does not have the consent of the communities for the exploitation of its silver and gold mine in Oaxaca, SEGOB officials and groups pressure the communities to accept the expansion of said Project.

Rubén Flores, spokesman for the Front, denounced that on countless occasions they have publicly denounced the contamination and irregularities with which the mining company operates, but nobody has paid attention to them, on the contrary, now, they are rewarded with a 10-year permit that will surely cause more deaths and social division.

The agrarian and municipal authorities of the three communities reiterated that for 10 years they have united to reject mining in their territory and despite the fact that they have shown proof through rejection signatures, Semarnat secretly granted the permit. 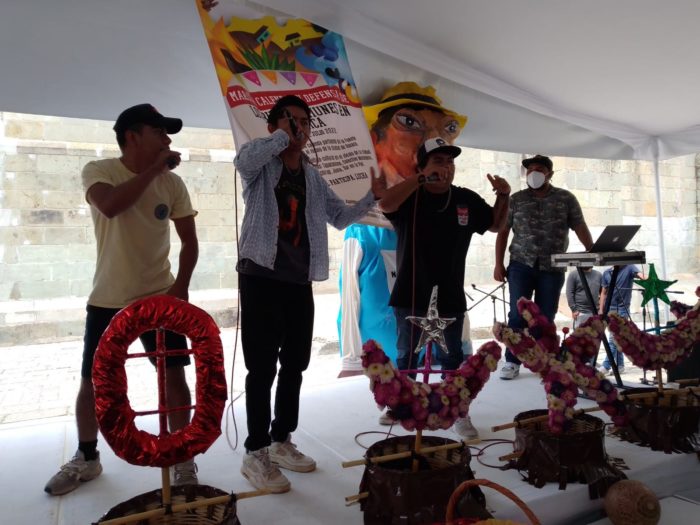 Likewise, Vicenta Ríos Santiago, municipal president of San Martín de los Cansecos, reiterated that it is unfortunate that the company enters clandestinely to convince citizens to receive houses in exchange for giving their consent for the mining activity.

“Since the imposition of the San José project in 2008, the mining company has maintained a policy of opacity and falsification of public information, to the detriment of the collective rights of the affected communities, this has happened with the consent of previous governments,” he stressed. Juan José López Guzmán, municipal agent of Monte del Toro.

The activist Neftalí Reyes Méndez specified that the legal actions against the company and demanded from the government of Andrés Manuel López Obrador a truthful and timely report on the current situation of the Cuzcatlán mining applications.

“The Front condemns its absence in the community consultations held in December, none of them arrived, but there are 6,500 signatures that will be our legal actions, we are not going to allow the mining company to take over our territory, we demand respect,” he said.

He also demanded a public hearing, in addition to generating the necessary procedures for the cancellation of the San José mining project and the mining concessions granted in the Central Valleys of Oaxaca. 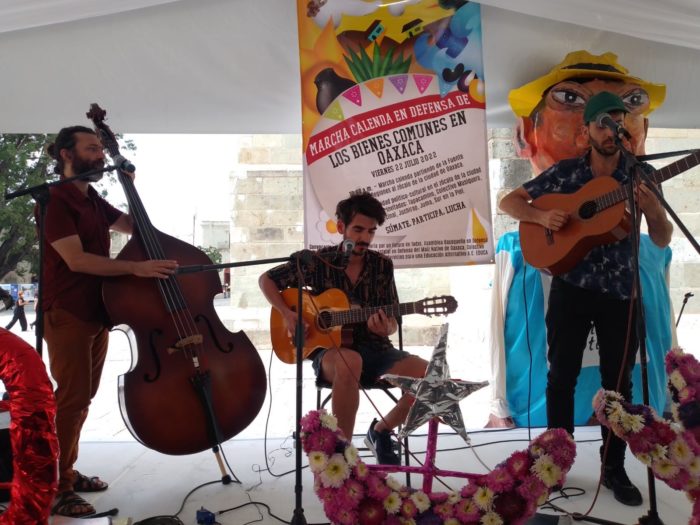 The activist highlighted that the Sierra Sur de Oaxaca, community assemblies and authorities are organizing against the 120,000-hectare mining concessions that the governments handed over to the companies without informing or consulting our peoples.

“In the case of the mega-hydroelectric project in Paso de la Reyna in the Costa region, five community defenders were murdered in 2021 and to date there has been no progress in the investigations or in terms of security,” he said.