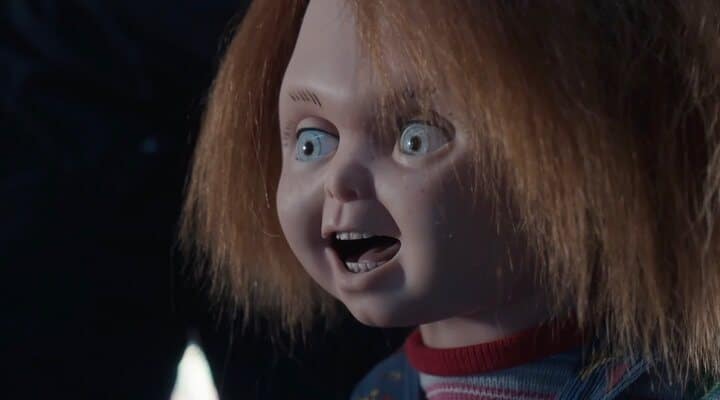 The Devil Doll is ready for the second round of his hit television series on USA Network and SYFY. The second season of ‘Chucky’ was going to have its presentation at San Diego Comic-Con, but a few days ago Don Mancini gave the sad news that they had decided to cancel the panel “out of caution”. But they weren’t going to leave us empty-handed.

The series has released the trailer for the new chapters of the series, which come with interesting news. The first is the arrival of Lachlan Watson (‘Chilling Adventures of Sabrina’) as Glen / Glenda, the genderfluid son of Chucky and Tiffany. In the trailer we only get a small glimpse, but we also see how proudly she wears her They / Them pronouns on her car license plate.

The cast, like a good sequel, grows with more new characters, also highlighting the addition of Devon Sawa, star of ‘Final Destination’ and ‘Casper’, as the director of the private religious school in which the protagonists end up. Sawa and Chucky have already been “friending” each other on Twitter by comparing the box office and Rotten Tomatoes scores of ‘Casper’ and the Devil Doll.

The second season of ‘Chucky’ will premiere in the United States on October 5 and still does not have a premiere date on SYFY Spain. Zackary Arthur, Björgvin Arnarson and Alyvia Alyn Lind return as Jake, Devon and Lexy, and Brad Dourif and Jennifer Tilly will also return as Chucky and Tiffany. Fiona Dourif, Alex Vincent, Christine Elise, Barbara Alyn Woods, Meg Tilly, Gina Gershon, Joe Pantoliano, Tony Nappo and Sutton Strackle round out the cast.

See also  X-Men: how villainous Magneto is in every movie, from least to greatest