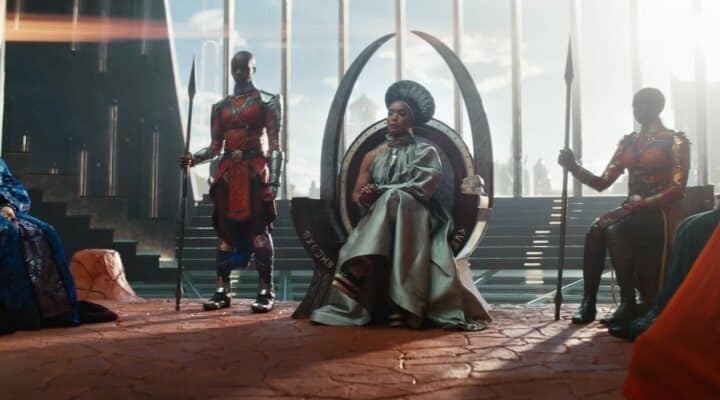 Marvel closes Phase 4 high. The long-awaited first teaser trailer for ‘Black Panther: Wakanda Forever’ arrives, which will be released in theaters on November 11. An advance that pays tribute to Chadwick Boseman, who died in August 2020, in addition to showing the arrival of Namor, prince of Atlantis, who will fight a tough battle against the rulers of Wakanda, taking advantage of the absence of T’Challa.

To the rhythm of ‘We Gonna Be Alright’, by Kendrick Lamar, the trailer begins emotionally, showcasing the futuristic technology of Wakanda and the aquatic environments of the fictional African kingdom. Although the teaser doesn’t say so outright, a large crowd is seen in what looks like a funeral where attendees wear white (according to Wakandan customs), so it may be T’Challa’s wake.

Something that seems to confirm later Ramonda, the matriarch and queen mother of Wakanda who plays Angela Bassett. “I am the monarch of the most powerful nation in the world and my whole family is gone”, he declares with a rueful tone in the preview. With the confirmation that Boseman’s character dies in the MCU as well, the question arises, who will be his successor? The only answer, at least for now, is the appearance of a figure in the hero’s costume at the end of the teaser, but his identity is unknown.

What there will be will be a war against Atlantis. In the teaser, Namor bursts onto the scene. Mexican actor Tenoch Huerta joins the marvelite squad, as the prince of the underwater kingdom. The advance assumes that he will take advantage of the absence of leadership in Wakanda to assault it.

The difficult decision to continue without Boseman

The teaser was presented at this past Comic-Con, the first in person after the outbreak of the COVID-19 pandemic. Although not confirmed it was more than predictable that there would be news of the film directed by Ryan Cooglersince it will be the next feature film that Marvel Studios is scheduled to release in theaters after ‘Thor: Love and Thunder’. 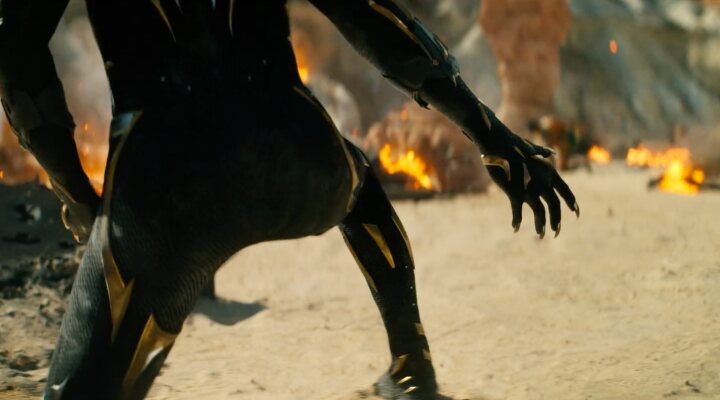 The panel also served to confirm that ‘Black Panther: Wakanda Forever’ will be the title that closes Phase 4. Kevin Feige, president of Marvel Studios, took the stage to show the sketch he has planned with the titles that will be part of Phase 5 and Phase 6, within what is called the Multiverse Saga. Without a doubt, it was something that the fans asked for, because if this Phase 4 has been characterized by something, it is because of the uncertainty of not knowing very well in which direction the franchise was going.

On the decision to kill T’Challa, Coogler, who came to the panel to present the teaser, spoke about the difficult decision that had to be made after the sudden death of Boseman in August 2020, a victim of colon cancer. “It’s going to be tough to do a sequel to this, but we’ll try,” she said. “It has been five years since I was here, when I presented the first images of ‘Black Panther’ and by my side was our hero, the late and great Chadwick Boseman”commented.