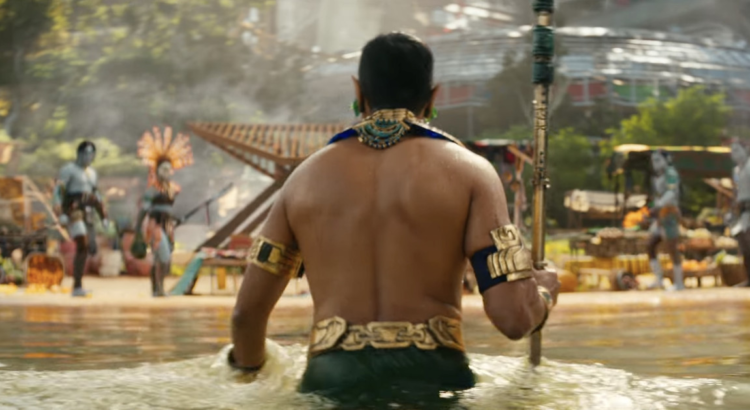 Black Panther: Wakanda Forever finally has a new trailer and it’s full of familiar faces and new heroes. But the footage, released during Marvel’s panel at San Diego Comic-Con 2022, only teased the movie’s apparent villain: Namor, the Sub-Mariner, played by Tenoch Huerta (Nameless, The Forever Purge).

While Namor is one of Marvel’s oldest characters, this is the first time he’s appeared in the Marvel Cinematic Universe. of course, Black Panther 2‘s trailer doesn’t give us too many details about the underwater ruler. So to tide you over until Black Panther arrives in theaters on Nov. 11, here’s everything you need to know about Namor.

What are Namor’s powers?

Namor, also known as the Sub-Mariner, is the King of Atlantis and the ruler of the oceans. Namor was born with his powers, thanks to his unique parents. His father was an explorer, sent by Woodrow Wilson to the Antarctic to investigate the disappearance of Sir Ernest Shackleton (who was sent on a quest for Vibranium by Winston Churchill), and his mother was an Atlantean princess named Fen.

As you might expect from a sea-fairing hero, Namor can speak to and control the denizens of the oceans, breathe underwater, swim with ease. He can also heal himself when he’s in water and even telekinetically control water in some iterations. Namor is also pretty capable on land, using his super strength and speed from him to make him a great fighter. He can also fly, for some reason. It’s why he has little wings on his ankles.

If you’re thinking to yourself that this all sounds a whole lot like Aquaman, you aren’t entirely wrong. You may be surprised, however, to learn that Namor actually originated about three years before Aquaman, all the way back in 1939.

Is Namor a villain?

Definitely not, and also… yes? Above everything else, Namor is complicated, and as you might expect from a character created in 1939, long before most of the heroes that now dominate the MCU, Namor has had the chance to be a lot of different things including both a hero and a villain.

For the purposes of Black Panther: Wakanda Forever, it certainly seems like he’s being positioned as the villain of the movie. In one of his most villainous moments from the comics, Namor threatened vengeance on the surface world for destroying part of Atlantis with a nuclear test. Interestingly enough for the future of the MCU, this attempt was thwarted by the Fantastic Four… and then Namor teamed up with Magneto to fight the X-Men for a while.

More relatedly, Namor and T’Challa have a particularly fierce enmity in Marvel Comics — because Namor was the first to conquer the historically (famously) unconquered nation of Wakanda (by using the powers of the Phoenix Force to summon a tsunami that raised its lands to theground). In fact, that line from Black Panther where he tells Ulysses Klaue “Every breath you take is mercy from me?” That’s straight from a Marvel comic. Except the first time, T’Challa was saying it Unto Namor.

So, is Namor a mutant?

He is. In fact, he is sometimes called Marvel’s first mutant, thanks to the fact that he gets his powers from his genetic mix of human and Atlantean DNA. As we’ve already touched on, Namor’s comic history is quite long and complicated, and his mutant status frequently plays large roles both in the plots of X-Men stories and the wider Marvel universe.

See also  Sonic will have his own cinematic universe

With the recent reveal of Ms. Marvel’s status as a mutant as well, this certainly seems to set up some interesting potential plots for the MCU’s future. But, since all we have for now is a short teaser of Namor’s role in Black Panther 2we’ll just have to wait to see what larger role he might play.