‘Interview with the vampire’: First trailer for the new adaptation of Anne Rice’s novel 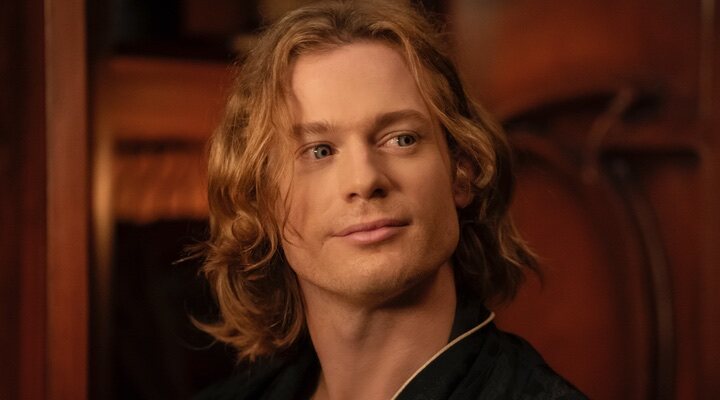 ‘Interview with the Vampire’ returns to the screens, this time in series format that we will see in Spain soon through AMC+, AMC’s streaming platform. Anne Rice’s work is now in charge of Rolin Jones, who works as showrunner and screenwriter, and who has chosen this time Jacob Anderson as Louis de Pointe du Lac and Sam Reid as Lestat. From Comic-Con comes the first trailer:

Like the Brad Pitt and Tom Cruise movie, this gothic tale centers on a man telling his life story to a journalist. Only his story begins two centuries ago and involves a vampire named Lestat.who was the one who turned him into a supernatural creature like him.

At the presentation, executive producer Mark Johnson explained that this ‘Interview with the Vampire’ will be “a much more modern interpretation” of Rice’s work, although they have also wanted to be faithful to the novel. It also advances that they will go deeper into the relationship between Jacob and Lestat by having more time in seven chapters than the 90’s movie in two hours. Christopher Rice, son of the writer, is part of the project as executive producer.

This series is the first stone of a franchise based on the works of Anne Rice that AMC intends to create on its channel and streaming platform. The adaptation of ‘The Mayfair Witches’ with Alexandra Daddario as the protagonist is also underway. This Spalding will be the showrunner and one of the writers along with Michelle Ashford.

See also  Britney Spears got married for the third time… her ex tried to stop the wedding!

AMC has looked for a luxury spot to premiere its ‘Interview with the Vampire’ in the United States. The series will debut on October 2 just after the premiere of the final season of ‘The Walking Dead’. In Spain it does not yet have an exact release date, but we will see it on AMC +which is available on Orange, Vodafone, Jazztel and Amazon Prime Video.