NASA reveals the before and after of the drought in Cerro Prieto dam, Nuevo León | Images 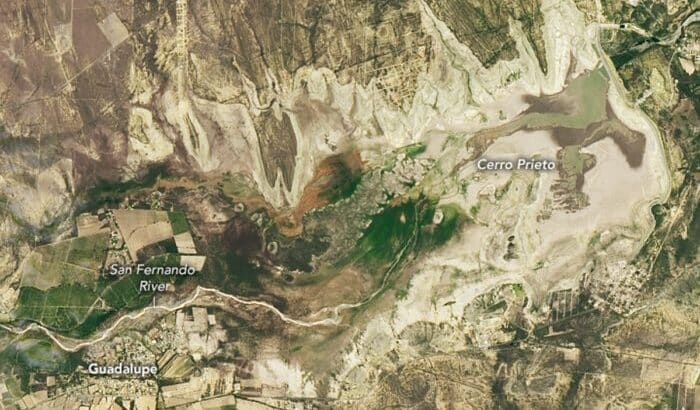 The American space agency NASA made a comparison of what the Cerro Prieto dam looked like in 2015 and how it looks today, after the deep drought that hit the entity.

In a statement, NASA reported that accumulated water levels in Cerro Prieto have been declining for years. In July 2022, the dam was reduced to 0.5 percent of its 393 million cubic meter capacity.

One of the images, acquired by the Operational Land Imager (OLI) on Landsat 8, shows what the Cerro Prieto dam looked like on July 7, 2022, when the vital liquid was already lacking in the entity. While the other photo was captured on July 20, 2015, and shows the dam practically full. 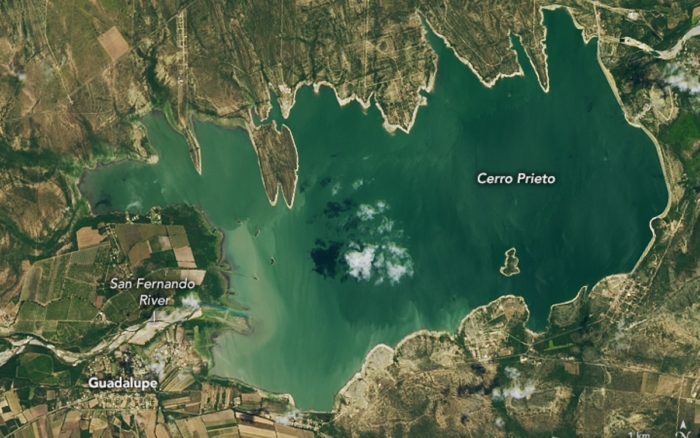 The capital of Nuevo León, Monterrey, depends on this dam to supply water to the population. Water depletion has hampered industry, agriculture, and tourism. In the second week of July 2022, when temperatures soared to 40 degrees Celsius in Nuevo León, water levels dropped so much in Cerro Prieto that water could no longer be extracted from the lake.

In response, the National Water Commission of Mexico (Conagua) announced emergency measures that included the redirection of some industrial water allocations and agricultural to guarantee residential supply.

At the end of June 2022, two-thirds of Mexico was in drought conditions, affecting more than 21 million people. Northern states along the US border were the hardest hit. In Mexico, almost a quarter of the state of Chihuahua and a third of Coahuila were in exceptional or extreme drought. 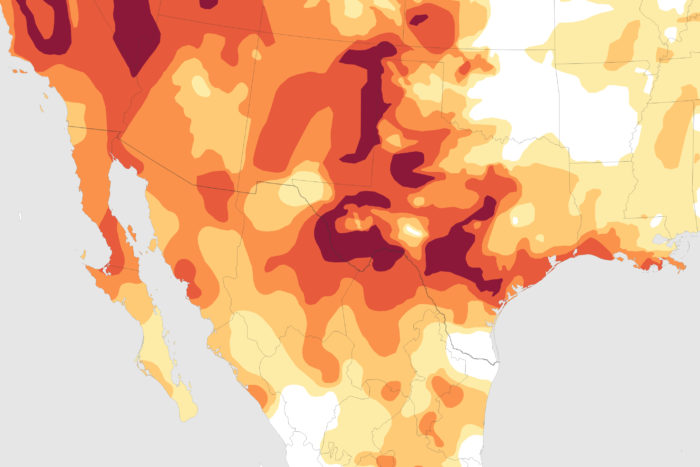 The map above shows drought conditions in the south-central and southwestern United States and northern Mexico as of June 30, 2022, as reported by the North American Drought Monitor, a companion program to Drought Monitor. United States, a partnership of the Department of Agriculture, the National Oceanic and Atmospheric Administration (NOAA), and the University of Nebraska–Lincoln.

It also shows the intensity of the drought in progressive shades of orange to red and is based on measurements of weather, soil, and water conditions by more than 350 federal observers, state and local across the country. NASA provides measurements and experimental models for this drought monitoring effort.

Across the Rio Grande, America’s Southern Plains are also experiencing an unprecedented heat wave and drought. In Texas, nearly 45 percent of the state is experiencing exceptional or extreme drought, including parts of West and South-Central Texas near the Mexican border. Statewide, 15 million residents are affected by the drought.