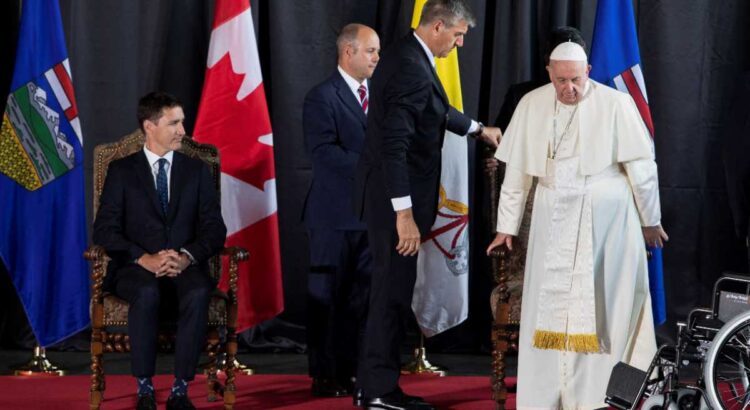 Pope Francis landed in Canada on Sunday to begin a week-long trip that will focus on his apology on behalf of the Roman Catholic Church for abuses of indigenous children in residential schools, most of which are run by the church.

“This is a journey of penance. Let’s say that’s your spirit“, the Holy Father told reporters after his flight took off from Rome.

The papal plane landed in Edmonton, in the western province of Alberta, where he will visit a former boarding school and meet with indigenous people on Monday. You will also visit Quebec City and Iqaluit, the capital of the Nunavut Territory. He will leave on Friday.

Between 1881 and 1996, more than 150,000 indigenous children were separated from their families and taken to boarding schools. Many children were starved, beaten and sexually abused in a system that the Canadian Truth and Reconciliation Commission called “cultural genocide”.

The papal plane taxied with Canadian and Vatican flags fluttering outside the cabin windows. After disembarking with the help of an elevator, the Supreme Pontiff boarded a white Fiat 500X, which left him in the hangar. He then moved around in a wheelchair.

Governor General Mary Simon, who represents Canada’s head of state, Queen Elizabeth, was the first to greet the Pope. She was followed by Canadian Prime Minister Justin Trudeau.

Francis sat between the two Canadian officials for a brief performance by four drummers and native chants before several indigenous leaders, many wearing elaborate headdresses, greeted him and exchanged gifts.

“Today I asked the Pope to walk with us,” Grand Chief George Arcand of the Treaty Six Confederation of First Nations said in an interview with the Canadian Broadcasting Corp. “It was humbling to speak with His Holiness.” .

RoseAnne Archibald, national head of the Assembly of First Nations, who also greeted the Supreme Pontiff, criticized the “unilateral” organization of the trip and the “archaic” nature of the Church, which does not have women in leadership positions.

“We don’t feel like these were the survivors” of the internees, he told reporters at the airport. “It’s been more about the church promoting the idea of ​​the church, fundraising for the church.” 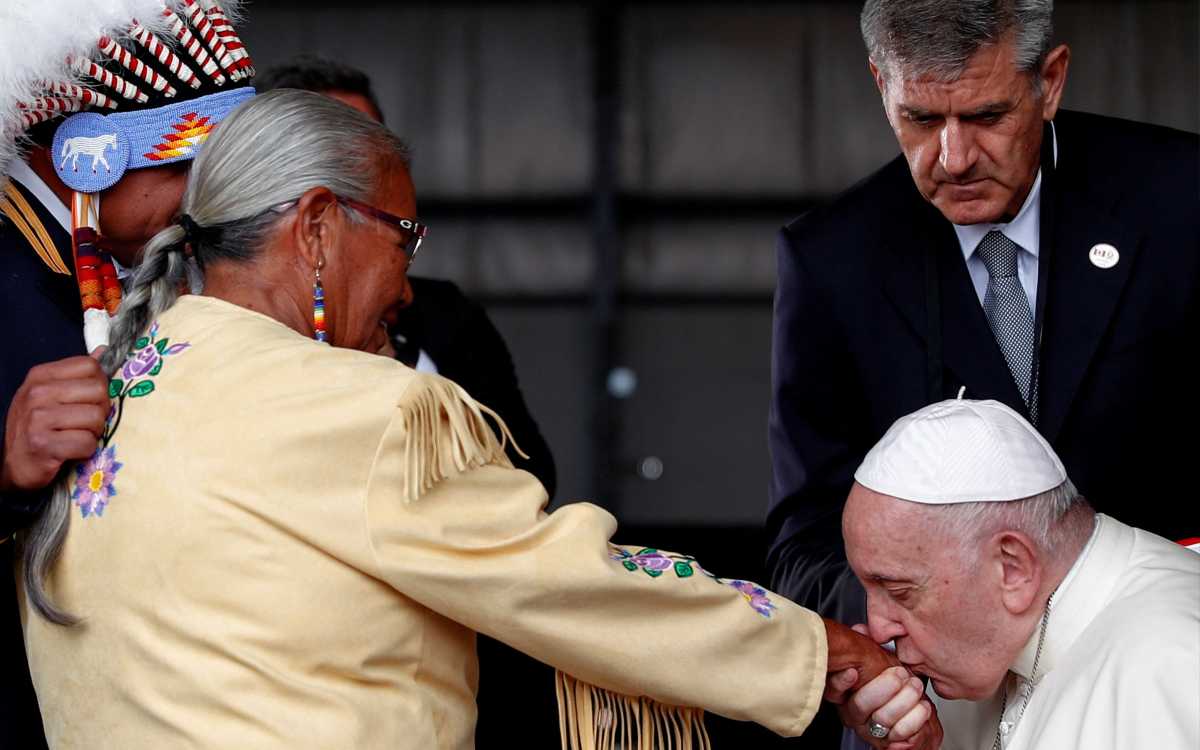 The Holy Father left the brief ceremony in a wheelchair to speak privately with Trudeau and other officials for a few minutes before heading to St. Joseph’s Seminary, where he is expected to rest before Monday’s events.

Francis, 85, canceled a trip to the Democratic Republic of the Congo and South Sudan in early July due to a knee problem that has recently forced him to use a wheelchair and a cane.

Earlier, aboard the papal plane, the pope said he looked forward to visiting Ukraine in his efforts to try to end the five-month war he has repeatedly criticized.

“I have a great desire to go to kyivFrancis said when asked about a possible future trip to Ukraine.

In an exclusive interview earlier this month, the pontiff told Reuters he hoped to be able to go to Moscow and kyiv shortly after his trip to Canada. 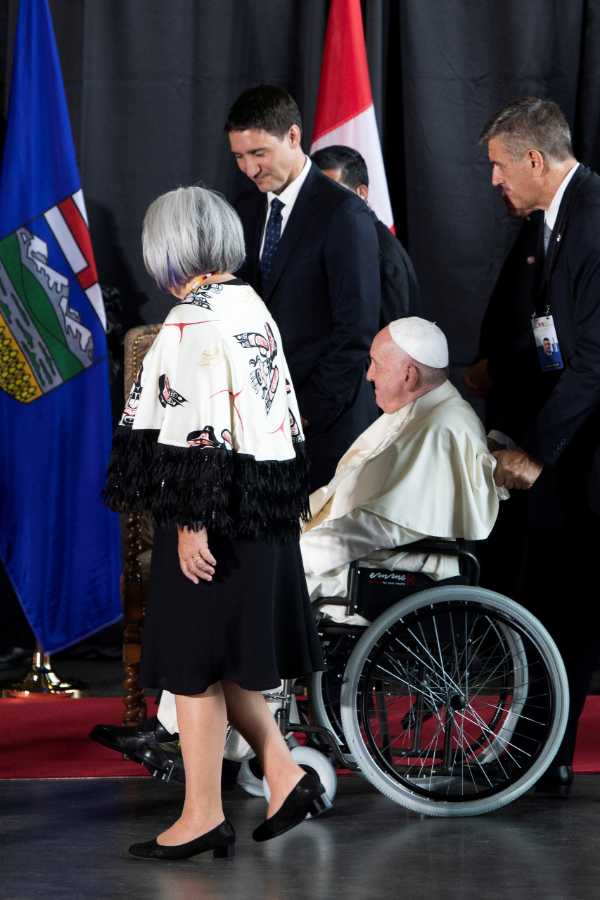 Although Canadian leaders are aware of the high number of children who have died in boarding schools since 1907, the issue was brought to the fore with the discovery last year of alleged unmarked graves in or near former boarding schools.

In response to pressure stemming from those discoveries, the Holy Father apologized for the Catholic Church’s role in boarding schools earlier this year, during a visit by indigenous delegates to the Vatican.

Now he’s preparing to apologize on Canadian soil.. But survivors and indigenous leaders have told Reuters they want more.

Many have called for financial compensation, the return of indigenous objects, the publication of school records, support for the extradition of those accused of abuse, and the annulment of a fifteenth-century doctrine that justifies the colonial dispossession of indigenous peoples in form of papal bull or edict.