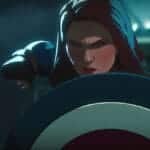 During the big Marvel Studios panel at Comic-Con, we got our first look at the series — by way of introduction from series star Cobie Smulders — which sees Jackson’s Nick Fury teaming up with Skrull warrior Talos (Mendelsohn) to try and stop a sneaky Skrull infiltration that could bring down the entire Marvel Cinematic Universe.

In the footage, fans saw Samuel L Jackson returning from space, looking pretty grizzled. Maria Hill meets him in a bar and dresses him down for not showing up to help with other unnamed problems that have presumably happened since he left Earth. Of course, Fury doesn’t necessarily need to be clued in that things are off — he points it out himself. “This is different,” he says.

From there, it’s a whole lot of tensity as we quickly get the impression that a Skrull infiltration of Earth has happened that Ben Mendelsohn’s Talos isn’t aware of — or really anyone is.

The footage showcased the series’ epic scope and yes, gave a look at some of the new characters, played by Kingsley Ben-Adir, Olivia Coleman, Emilia Clarke, Carmen Ejogo and Christopher McDonald. “Mr. Robot” alum Kyle Bradstreet is the head writer.

In the comic book event series “Secret Invasion,” written by Brian Michael Bendis and illustrated by Leinil Francis Yu, in a post-“Civil War” Marvel landscape several key characters were revealed to be Skrulls, with Skrull versions of various heroes as well . The series was a wild, continuity-expanding event that encompassed everything from the Savage Land to the Illuminati to SHIELD to the Fantastic Four and beyond, introducing new characters the Super-Skrulls and generally messing with canon for at least until the next comic book event .

While the upcoming Marvel Studios series doesn’t look like it will quite go that far (imagine Hemsworth’s Thor being revealed to be a Skrull!), it still looks like an entertaining and appropriately grand interpretation of the comic book lore. Between the multiverse, the mutants and now the Skrulls, the MCU is becoming very, very complicated.

The only question remains: how well do you really know your favorite Marvel hero?

The new series will debut on Disney+ in Spring 2023. 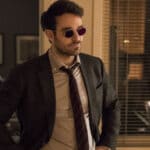