Shark Week Exclusive: Watch a Shark Do an Unbelievable 360 ​​Turn Above the Water in ‘Air Jaws: Top Guns’ (Video) 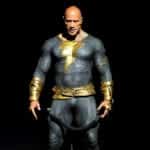 Discovery Channel’s Shark Week returns Sunday night for its 34th year and TheWrap has an exclusive sneak peek at an incredible moment from one of its most jaw-dropping programs — “Air Jaws: Top Guns.”

In the clip above, filmed in South Africa earlier this year, the “Air Jaws” team managed to lure a shark with their fake seal decoy that trailed behind the boat, catching on film a legendary great white shark as it propelled itself out of the water, and performed a 360-degree turn in the air, before diving back down with very little splash. (Taking notes, Maverick?)

The objective for this year’s “Air Jaws” installment, from creator Jeff Kurr (also an executive producer, director, underwater cinematographer, editor, writer and on-camera shark expert for Shark Week) — the 22nd for the franchise — was to shoot the largest breaching great white shark ever captured on film

“I had the pleasure of, up until this year, filming the largest great white, which is this 15-foot humongous beast of a shark that came flying out of the water. … But we wanted to see if we could top it because all the cameras are newer — higher resolution. The original ‘Air Jaws’ we actually shot in standard definition — videotapes, believe it or not. So now we’re up to 6k, we’re up to 8k and so these breaching sharks are just amazing,” Kurr told TheWrap.

When the Shark Week team traveled to South Africa to film the creatures of the deep, they had the latest hi-def cameras, but changes in nature in recent years put up new roadblocks in achieving their goals.

“There’s more to the story, because in South Africa, you’ve probably heard that great whites are in a little bit of a pickle because they’re being attacked and killed by killer whales. And so there’s not as many great whites as there used to be; They’re not as big as they used to be because they need time to get huge — 30, 40 years to reach full adulthood,” Kurr continued. “So we were trying to find a big enough shark, but… spoiler alert… in the end, our team — Andy Casagrande and Dickie Chivell — shot probably one of the most beautiful, iconic breaches that you’ll ever see [from] to shark. It’s just amazing. And it’s going to go down in the history books is one of the top ‘Air Jaws’ breaches of all time.”

Capturing the footage in the wild is certainly a joy for the filmmakers, but the cameras offer something the naked eye can’t do — slow motion.

“It’s cool to see it in person, but in real life, it happens so fast. It happens in the blink of an eye when the sharks breach, so when we take our super slow motion cameras out there and we’re shooting 1000 frames per second, you can actually see a lot more of what’s going on. You can see how the shark approaches. You can see its athleticism as its twisting through the air,” Kurr said.

“So with a super slow motion, not only is it better than being there, we learn so much about how the sharks hunt. So it’s been a revolution,” he said. “We never had this in the beginning when we first started doing ‘Air Jaws.’ And now that we do it’s just it’s been a game changer.” 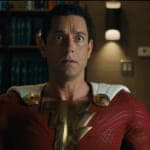 Mossel Bay is the locale where, this year, the team managed to get the footage they needed for “Air Jaws: Top Guns” in just five days (one year, Kurr spent 70 days trying to get what he needed), and as much as it’s a spectacle for those filming it, sharks are there for learning.

“A lot of the researchers believe that this is almost a training ground for great white sharks. They actually watch each other — how the sharks breach other sharks — and they actually learn how to do it because they don’t do it in other places around the world,” Kurr said. “You can go to Australia, you don’t usually see this, and New Zealand, you rarely see sharks breaching. But certain places in South Africa where the sharks are watching each other hunt with his technique, they all breach. So, it’s really interesting how smart these animals are and how they actually have the capacity for learning.”

“Air Jaws: Top Guns” was filmed from a boat, but Kurr filmed four shows for this year’s Shark Week, which meant getting in the water.

“A lot of it centered on diving, and underwater work was a huge part of it,” he said. “I love being in the water with these animals. And a lot of times I’m wearing a lot of hats on location, producing and directing — you know, doing a lot of things, so it’s hard for me to spend as much time in the water as I’d like and I have to bring in other people to do a lot of that work too. But that’s definitely a big part of it. And getting up close with a big, huge great white shark is a thrill that, let me tell you, there’s very few thrills in the natural world that can compete with that.”

“Air Jaws: Top Guns” has its world premiere on Monday night at 8:00pm ET/PT on Discovery and discovery+, but Shark Week officially kicks off on Sunday.

See also  'Saved by the bell': This is how they have remembered Dustin Diamond in the new chapters

This year, Dwayne “The Rock” Johnson is involved as the first ever Shark Week Master of Ceremonies, and the film star will introduce the programming including “Great White Open Ocean,” another of Kurr’s projects, which premieres Sunday night at 10:30 pm ET/PT.

In “Great White Open Ocean, Jimi Partington, a shark diving expert who had an incredibly close call after being knocked into the air by a great white, gets back in the water to try and overcome his PTSD.

“It’s the best work I’ve ever been involved with,” Kurr said.

“It’s an unbelievable story of his life with sharks and overcoming that incident and also almost dying a second time during the course of filming. Unbelievable story,” Kurr said.

Shark Week kicks off Sunday night at July 24 at 8:00 pm ET/PT on Discovery and discovery+.