The 10 best musicals available on Disney + 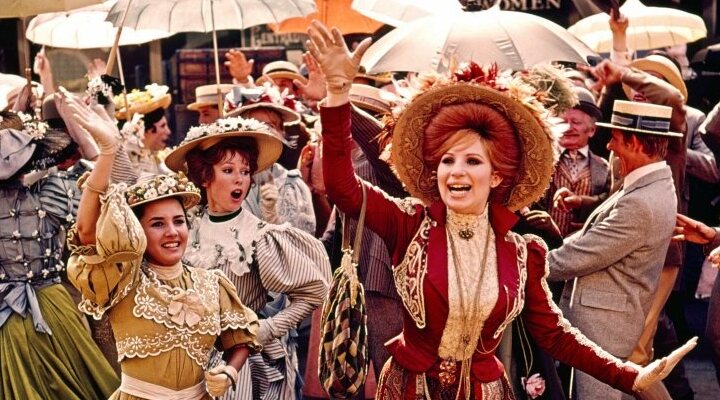 In the immensity of the catalogs that platforms like Disney Plus have, it is especially easy to get lost and end up deciding almost out of desperation. It’s nothing negative, mind you, after all, having so many options to enjoy movies and series is enormous luck, especially if you try recover works that escaped you at the time or were released long before your birth. The magic of television.

The best musicals available on Disney Plus 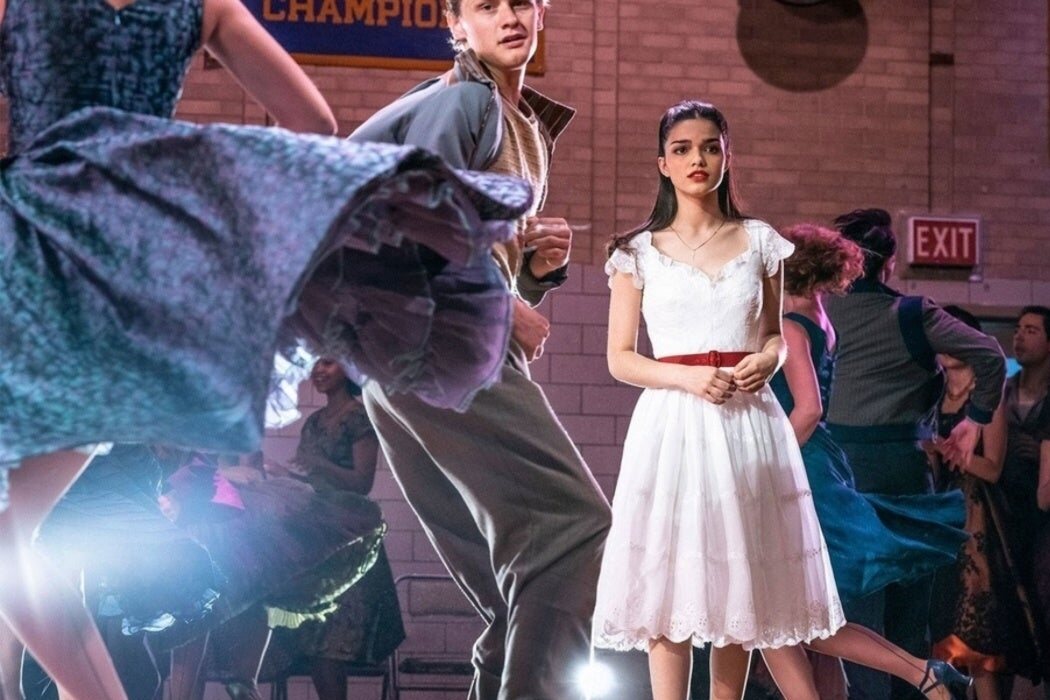 Unnecessary remake? Almost better to use the term essential film. Even those people who put their hands to their heads and immediately raised their eyebrows of prejudice upon learning of the existence of the remake of the excellent ‘West Side Story’ by Steven Spielberg, there are doubts that offend, they seem to have ended up surrendered to the greatness of this masterpiece that not only matches its reference but, ahem, surpasses it. A constant film lesson signed by a gifted filmmaker who is now leaving his immortal stamp on the musical genre. Masterly.

West Side Story at eCartelera 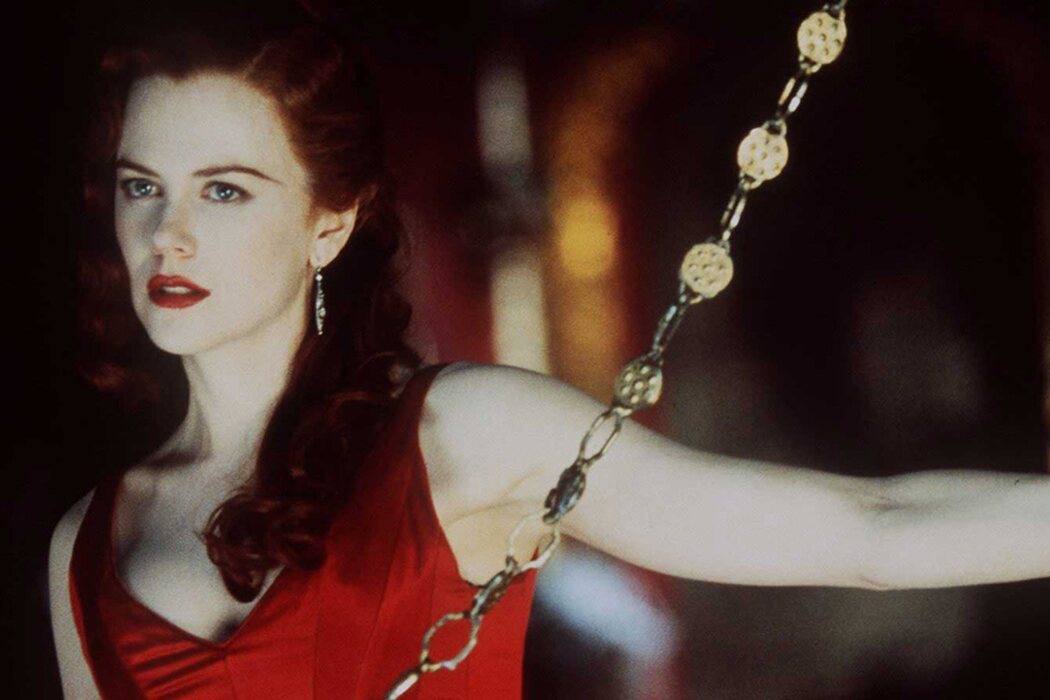 The masterpiece of Baz Luhrmann. Still possessed by the heart and soul of Shakespeare, the Australian filmmaker proposes in ‘Moulin Rouge’ a rereading of Romeo and Juliet, transferring that story to the wonderful bohemian and absinthe Paris of 1900, giving prominence to the impossible love that arises between the star most dazzling of the quintessential Parisian cabaret and a young writer lost in indifference and melancholy.

Directed with a contagious, unbridled and frenetic passion, with an unforgettable soundtrack and two plethoric performers, Nicole Kidman in the best performance of her career and an outstanding Ewan McGregor, ‘Moulin Rouge’ revitalized the musical genre as only masterpieces know how, allowing the viewer to feel that they are seeing something completely different from everything else. One of the roundest, most exciting and unforgettable films of the 21st century. 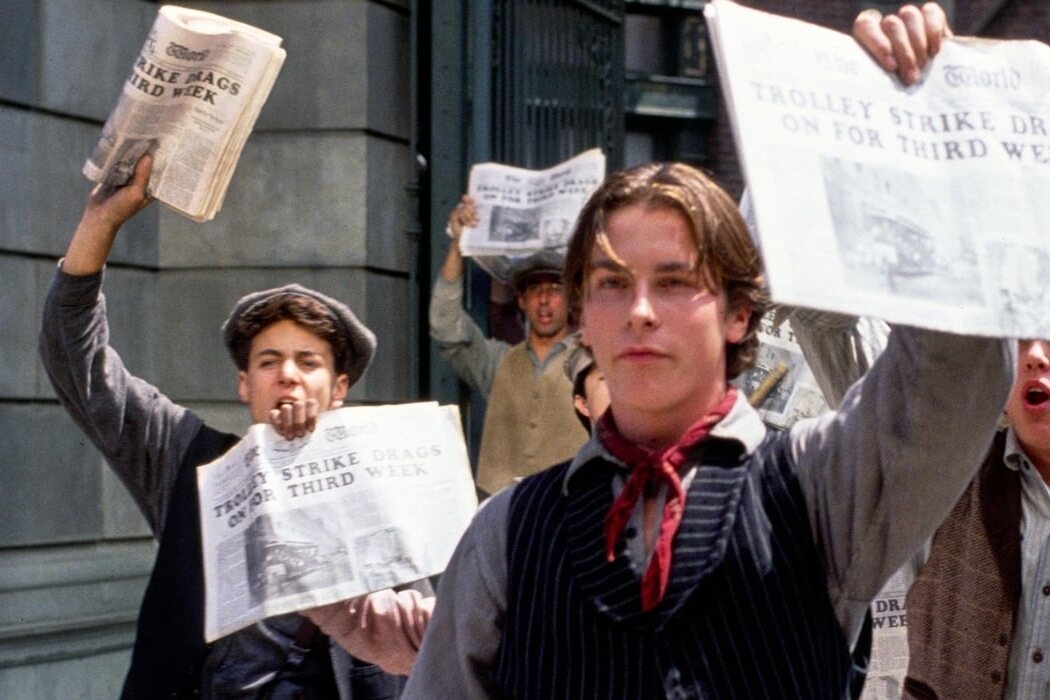 Incomprehensibly reviled in his day, I get to have five nominations for the Razzie awards, including Worst Picture, time has ended giving reason to ‘The gang’. And it is that, from its wonderful beginning, this musical gem directed by Kenny Ortega and starring a wonderful cast where we find names like Christian Bale, Robert Duvall or Bill Pullman, among others, is a real party for lovers of the genre. Good songs, great choreographies, a magnificent staging and moments of emotion that can bring more than a tear to the eye.. ‘The gang’ must be rescued from oblivion. And love her. 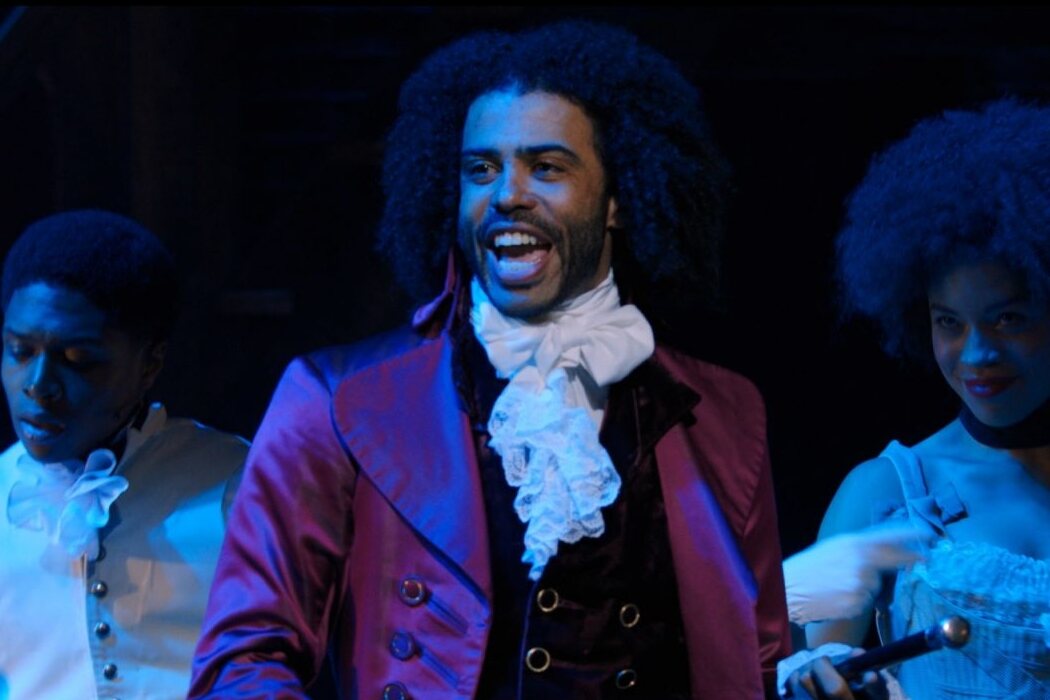 At this point, is there anything left to say about ‘Hamilton’? Most likely not, but it is worth continuing to underline, beyond its obvious importance as a perfect example of a storm that has come to the social-political arena since creativity in its purest state, the artistic grandeur of Lin-Manuel Miranda’s masterpiece.

And it is that, throughout 160 minutes that pass in a sigh, the story of Alexander Hamilton, one of the founding fathers of the United States, is transformed here into a radiant, vibrant, splendid and exciting musical, an unstoppable collection of overwhelming numbers musicals starring a cast in a permanent state of grace. Definitely, an immense show that more than justifies its condition and status as a contemporary classic. 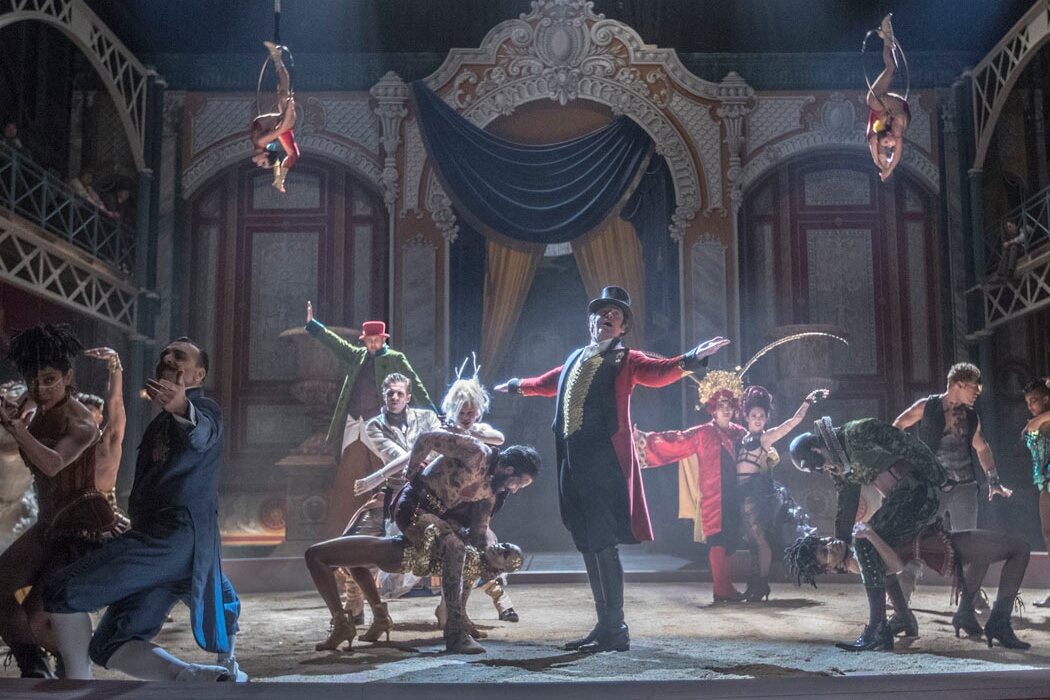 Few, to say no one, could have guessed the tremendous commercial success in which ‘The Greatest Showman’ ended up becoming, a (very) sweetened musical biopic about Phineas Taylor Barnum, founder of the ‘Ringling Bros. and Barnum & Bailey Circus’, well-known like the greatest show on earth. However, the word of mouth effect proved again that it is infallible when it actually activates his machinery, turning him into one of the most successful musicals of all time. Almost nothing. A phenomenon for which both Hugh Jackman’s leading role, pure charisma, and a soundtrack full of epic and contagious pop. Perfect formula.

The Great Showman in eCartelera 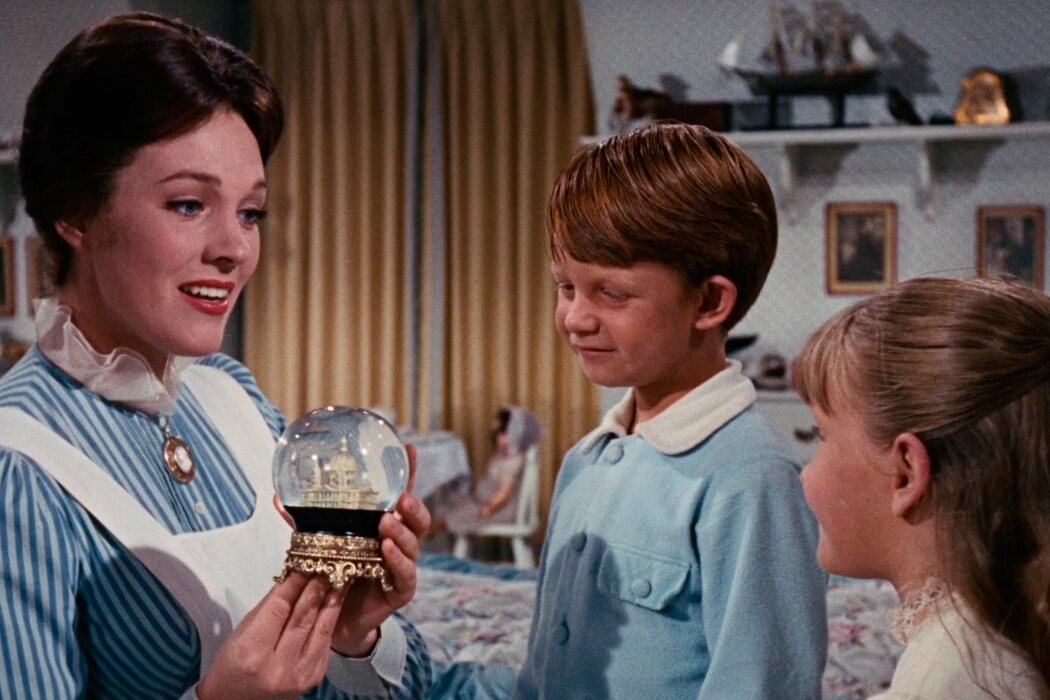 ‘Mary Poppins’, Disney’s adaptation of the story by PL Travers, is one of those films that make a difference in your life. No matter the age, the time or the situation, whenever one meets Julie Andrews with her umbrella, Dick van Dyke dancing to the beat or little Banks having tea on the roof, happiness comes to install itself automatically in the head and in the heart. No choice.

With ten, with fifteen, with twenty years, you still want to walk through the streets where those unforgettable characters walk, sing their songs by heart, watch that kite fly high again. The exact demonstration that magic exists in the cinema. Pure emotion. 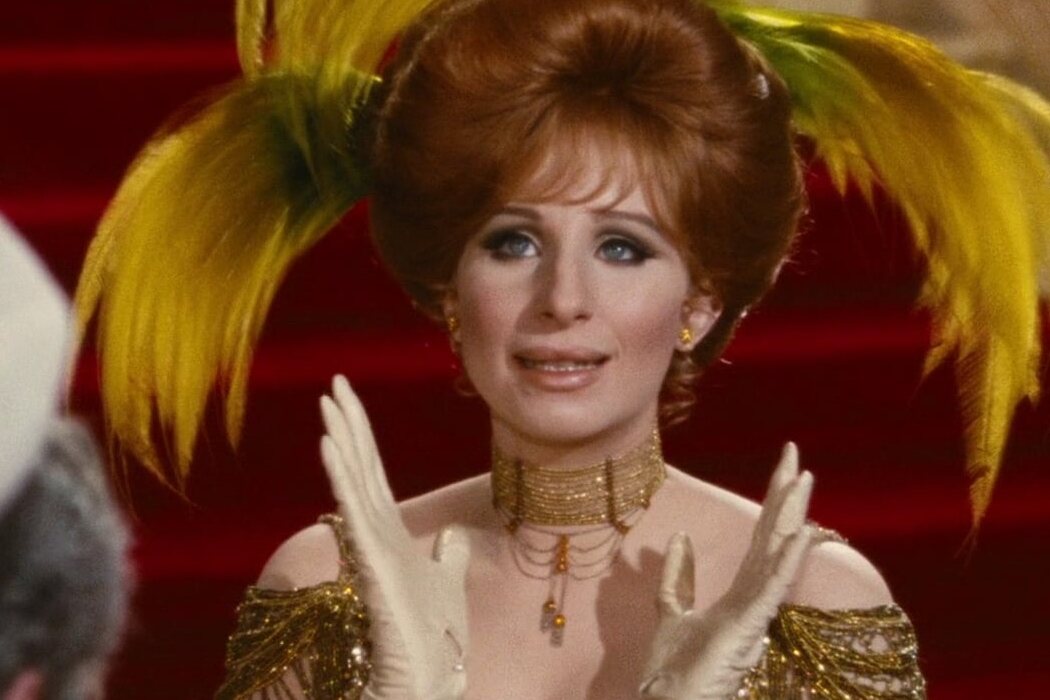 Although its nearly 150-minute running time may end up thinking at times, especially in a second act stretched out to exhaustion, ‘Hello, Dolly!’ It is one of the great musical classics in the history of cinema on its own merits and for a multitude of reasons. The first and most obvious, of course, a Barbra Streisand immeasurable from start to finish, absolute queen of a wonderful movie where every musical number, without exception, ends up being a total triumph. A tall classic.

Among the multiple and surprising virtues that hilarious wonder called ‘The Muppets’ brought under his arm, let’s not stop claiming it, highlights a soundtrack very close to the honors. A set of songs of illusion and contagious emotion, dazzling in their radiant melodies and memorable in their ability to elicit the general humming. Instant classics that set the pace for an artistic and creative triumph from every point of view. 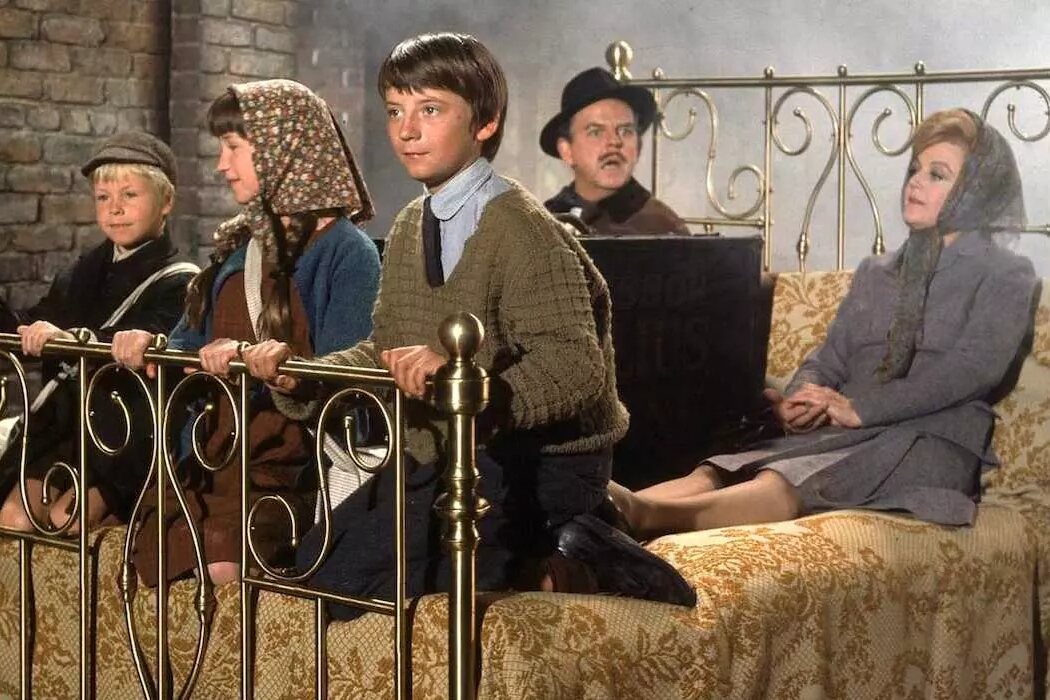 It always compares unfairly, and somewhat lazily, with the unbeatable ‘Mary Poppins’, ‘The Rookie Witch’ has such a personality of its own, such a wonderful imagery, such a wise cast and some moments, the vast majority, so memorable that it needs to be set against any other film to shine as individual as it is forceful. Simply, a masterpiece in which one would want to live (and sing) forever.

The rookie witch in eCartelera 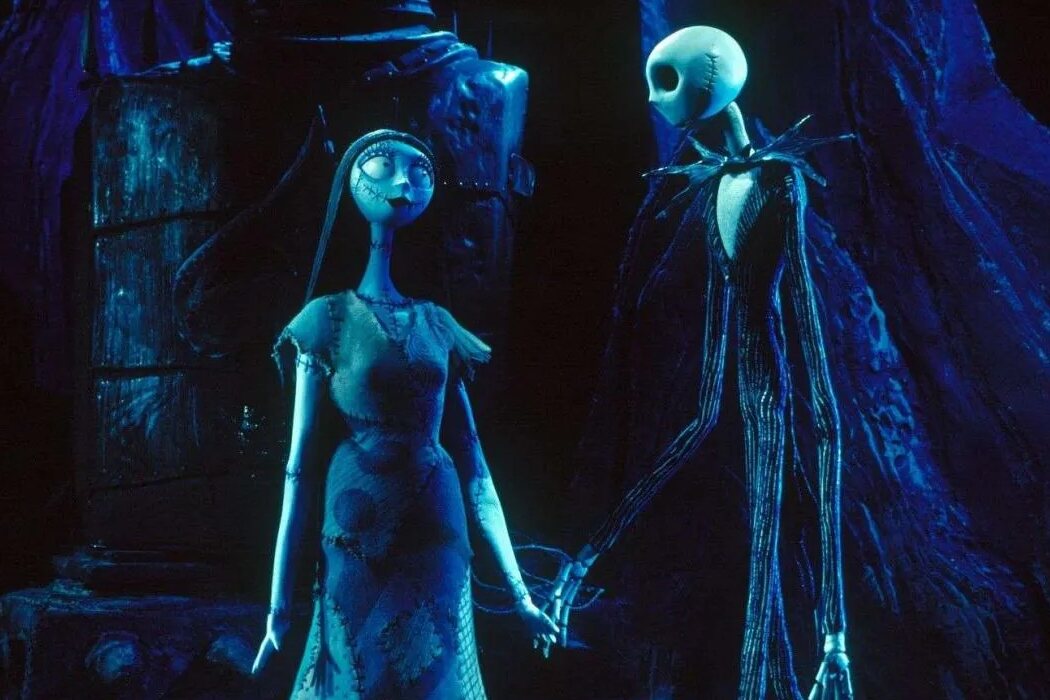 Over time, it has become one of the classics in Tim Burton’s catalogue, despite being directed by the brilliant Henry Selick. the scariest and most original musical tale ever written about Christmas (and Halloween) continues to be a rewarding cinematic experience for millions of viewers who continue to fall for Jack Skellington, one of the most unforgettable stop-motion characters ever created. A contemporary classic that, for many, is still an unmissable cinematic appointment.

Nightmare Before Christmas at eCartelera

On this occasion, we focus our attention on the musical, a genre wonderfully represented on the aforementioned platform with a multitude of jewels whose essence to make us enjoy remains unchanged over time. Classics of yesterday, today and always, animation masterpieces or semi-unknown gems to vindicate effusively, they meet on Disney Plus to the delight of those of us who love this type of cinema that is so special and incomparable.

For this reason, and with the excuse of the thirtieth anniversary of a film as wonderful as ‘The gang’, we enthusiastically recommend these ten musicals available on the platform of Mickey, Donald and the extensive company. A set of proposals capable of brightening up the day, the week, the summer and, if you are not careful, even the year. To sing, dance and enjoy.