‘The invisible agent 2’: will there be a sequel to the film with Ryan Gosling? 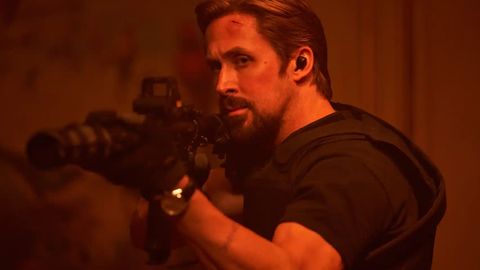 ‘The invisible agent’ is already among the Netflix movies with numerous action scenes and a tall leading trio made up of Ryan Gosling, Chris Evans and Ana de Armas. But, after the end, it is normal to wonder: will there be a sequel? Can this story become a long-running franchise? Is ‘The invisible agent 2’ confirmed? We answer everything we know about the continuation of the story directed by the Russo brothers.

One of the best movies of 2022, The Invisible Agent is based on the novel by Mark Greaney. and follows CIA agent Court Gentry (Gosling), better known as Sierra Six, as he struggles to survive a manhunt like no other: after seizing an important document that could compromise high-ranking CIA officials, the agent is hunted down. by the best agents in the world.

In an interview with FOTOGRAMAS, the Russo brothers (responsible for some of the best Marvel movies like ‘Avengers: Endgame) told us: “We read the book ten years ago, and we were moved by the dynamism of the narrative, how excessive it was, how interesting the world was and how contemporary it felt. It was very cinematic and we thought it could translate very well to the screen.” And that book is just the beginning: Greaney has written ten more novels about the character of Sierra Six, and there is one in the middle of writing right now and it will be published in 2023.

Here we collect all the information about the sequel to ‘The invisible agent’.

‘The invisible agent 2’: has the sequel been confirmed?

Nope, Netflix has not yet confirmed whether or not there will be a sequel to ‘The Invisible Agent’. Therefore, we do not know the release date or when it could reach the Netflix catalog. For all that, we will have to wait.

However, those involved are very much for the job. “We love full-length stories, we’ve worked with that format for a long time, and we’ve certainly thought of this world as a more complex mythology”, assured the Russos to FOTOGRAMAS before the premiere of the first installment. “Part of the reason there are so many interesting characters in the movie and played by such incredible actors and actresses is because we believe we can continue the story in so many ways with this cast,” they continued.

‘The invisible agent 2’: how could the story continue?

In statements to FOTOGRAMAS, the Russo brothers and Ryan Gosling left some clues as to how the story of ‘The Invisible Agent’ could continue. As we heard in the video that leads this article (press play to hear it all!), the Russo brothers started this project with a franchise in mind.

And how could it continue? The focus, of course, will continue to be on the character of Sierra Six. “He is a very interesting character, he is a tragic character and also an antihero, he is a murderer, but he is rebelling against a corrupt patriarchy: his father was abusive, the CIA is abusive,” the directors explain. “He’s been a prisoner for much of his life,” they continue, “so we think it’s interesting to see what happens to a character like that as he continues to fight for his freedom, for his autonomy: Will there always be something heroic that he has to do and then he will be forced to sacrifice his freedom? That would be a good character study across multiple movies.”

For his part, Ryan Gosling agrees with this vision of the character and the challenges that await him. “That’s part of the reason why I wanted to play this character, because I thought he would be a character that could have an interesting evolution through multiple movies,” he says. “What he wants is to be free. Many times the characters in these types of movies want money, power or revenge, but he just wants to have a normal life. So I would like to see how he achieves it”Add.

‘The invisible agent 2’: who would return to the cast?

Of course, Ryan Gosling would have to return in the role of Sierra Six for any attempted franchise or action saga to make sense. The protagonist is the center of the story in this first adventure, but also the common thread of the following ones. Plus, the actor seems more than happy to move on with the story.

Nor would Ana de Armas be missing as Dani Miranda, the great ally of Sierra Seis in this adventure. The agent has shown herself to be a born fighter and concerned about fighting for justice more than covering her own back.

CIA executive Denny Carmichael and his partner Suzanne Brewer, played by Regé-Jean Page and Jessica Henwick, it also seems that they would return according to the events of the end of ‘The invisible agent’. Especially Brewer, who seemed to have sympathies towards the Sierra Six side, could become a powerful antagonist in the future.

And we do not forget the adorable Julia Butters as Claire Fitzroy, who from now on will be the adoptive daughter of Sierra Six after the death of her father, played by Billy Bob Thornton. Other casualties for upcoming sequels will surely include Chris Evans as the sadistic Lloyd Hansen.

as I wish, we would love to see Dhanush again as the scrupulous mercenary Avik San. In addition, characters like this could be key to building a franchise based not so much on its protagonist, but on the golden secondary characters that have been presented to us in this first adventure. We will have to wait!