The “threat” of electoral reform 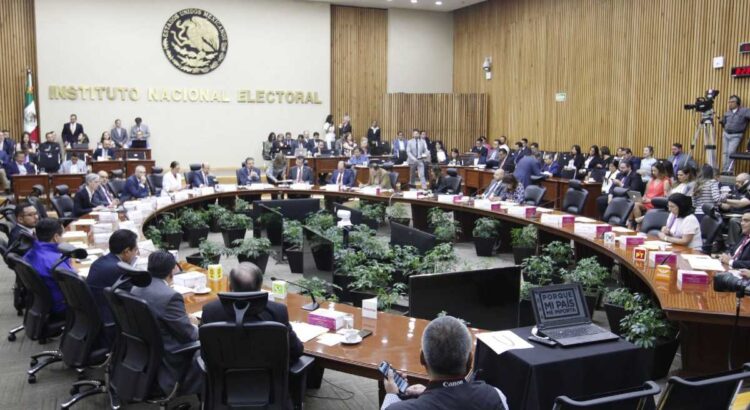 There is a long list of public officials, legislators and leaders of Morena who have mentioned the political-electoral reform as a warning or threat, every time the electoral authorities make a decision contrary to their interests.

The President of the Republic, Andrés Manuel López Obrador, was the first of them. During 2021, he said on several occasions that he would promote a reform “so that there would be an authentic democracy in Mexico.”

It did so when the National Electoral Institute asked to restrict the content and dissemination of the morning press conference during the 2021 electoral campaigns, in compliance with constitutional provisions and the political communication model in force since the 2007-2008 reform.

He did it again when the controversy over the Popular Consultation broke out and, already in 2022, during the long discussion around the Mandate Revocation process.

The “threat” of the electoral reform did not materialize until April of this year, when Pablo Gómez and Horacio Duarte, two high-level officials from the Ministry of Finance, publicly presented López Obrador’s initiative, which was immediately sent to the Chamber. of Deputies.

Today, it is the candidates to succeed López Obrador who warn that there will be an electoral reform to “prevent the excesses of the INE and the Electoral Tribunal.”

It annoys them that counselors and magistrates approve resolutions and sentences that seek to prevent early campaign acts and that these, in turn, become from now on an element that breaks the conditions of equity in future electoral processes: Coahuila and the State of Mexico, in 2023, and the great election of 2024, in which the Presidency will be elected, the Chambers will be renewed and multiple positions will be elected at the state and municipal levels.

At the height of the claim, the Secretary of the Interior, Adán Augusto López, celebrates that the Morena deputies will soon “disappear to the INE.”

And, as if that were a battle cry, the entire official apparatus is mobilized in search of a reform that does not speak of disappearing, but of “eliminating” the INE, to turn it into the National Institute of Elections and Consultations (INEC) .

While the person in charge of the country’s internal politics attends partisan events, smiles from billboards and fences, and signs displays, Morena launches its campaign of informative assemblies for electoral reform, with three thematic axes: electoral system, electoral institutions and party system .

According to the base document for these assemblies, Morena’s campaign throughout the country will try to position ten things that are intended with the reform, among which are: “eliminate excessive expenses of the electoral bureaucracy”, “guarantee impartiality, neutrality and objectivity of the electoral arbitrator”, “reduce the financing of political parties”, “reduce the councils from 500 to 300 and the senatorial offices from 128 to 96” and “regulate the financing by individuals and with this save 24 thousand million pesos per year.

The campaign will be similar to the one deployed during the energy reform process, last February, and will have the dual purpose of informing and mobilizing citizens.

Whoever says no to a “more austere democracy” will be exhibited at the morning conference, will be burned on official social networks and, if he is a legislator, will probably be accused of “treason against the fatherland.”

The informative assemblies will serve, by the way, so that the presidential candidates of the 4T have an excuse to continue touring the country and visiting the militancy on weekends.

See also  After Criminal Minds: What The Leading Actors Are Doing Now

In parallel, the Chamber of Deputies will initiate the process of “open parliament” of the political-electoral reform.

According to the agreement of the Political Coordination Board of the Lower House, the forums will be inaugurated this Tuesday, July 26, and will include three modalities: dialogues between six speakers before the Jucopo (three in favor and three against the presidential initiative); tables with the same number of speakers before Chamber Commissions; and debates by four speakers on the Congress Channel.
The “open parliament” will also deal with the three themes of the initiative: electoral system, electoral institutions and party system.

Both the Morena informative assemblies and the open parliament forums – promoted by the Morenoite majority in the Chamber of Deputies – will occupy the political agenda in the coming months, in the search for a reform to be agreed during the second year of the 65 Legislature, whose first regular session begins on September 1.

If the opposition remains in a “constitutional moratorium”, as the PRI, PAN and PRD announced in May, there will be no political reform, since it requires a qualified majority in the Chamber of Deputies and the Senate of the Republic.

If the open parliament is serious and effective, and gives way to a process of analysis, dialogue and political agreements, then there could be legislative work, opinions and, eventually, a reform agreed upon by all the forces represented in the Legislative Power.

That seems very difficult: in the face of 2024 the drums of war are sounding and there is no willingness to make a profound change in the laws and institutions of democracy, on one side or the other.

In this scenario, the electoral reform will continue to be a threatening speech against the current electoral authorities, and discredit the parties that do not approve of the López Obrador initiative.

* * *
In an unprecedented statement signed last week, among others by the Secretary of the Interior, Adán Augusto López; the head of government of Mexico City, Claudia Sheinbaum; Senator Ricardo Monreal; 17 governors and acting governors; four elected governors; senators, deputies and even the director of the IMSS, Zoé Robledo, Morena complains about the precautionary measures approved by the INE Complaints Commission and recently endorsed by the Electoral Court.

And they issue a warning that allows us to anticipate what is to come: “We will continue to defend from the territory, together with the people of Mexico and under the protection of our constitutional rights, the historic project of the Fourth Transformation.”

This will be the environment in which the ruling party will promote the presidential initiative; a push and pull in which Morena and her candidates will maintain their challenge to the electoral legislation and the opposition will continue to accumulate complaints before the electoral authorities demanding red cards before the game formally begins.

An adjustment reform, which could be pertinent and necessary after nine years of application of the current model, would be undesirable if it is imposed by a single force, even though it has the majority.

For now, the reform seems impossible when it is presented as a threat and disqualification is resorted to before the dialogue begins.