Who is the new Black Panther? No one knows, but here are our best 3 guesses. 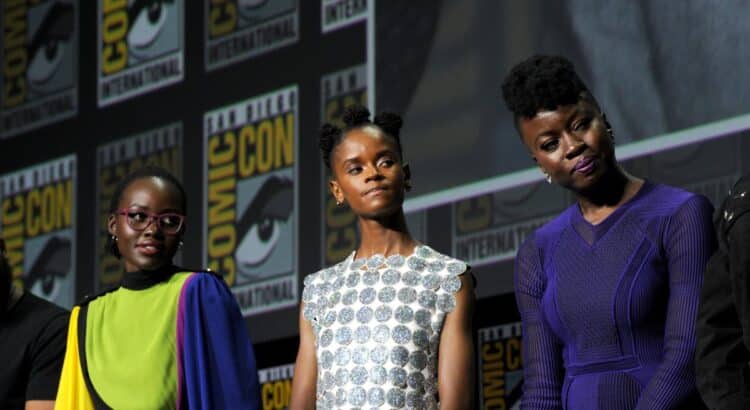 when Black Panther star Chadwick Boseman shockingly passed away in December of 2020, fans were left with the question of how — or even if — the cinematic world he helped bring to life would be able to carry on. Marvel ultimately chose to continue the series without recasting T’Challa, leaving fans to infer, reasonably, that the events of the new movie would call upon an existing character from the film’s rich mythology to take on the titular super-heroic title. The question was: which Wakandan was up to the task? And consequently, which cast member would then be elevated from supporting player to tentpole star?

But when the Black Panther: Wakanda Forever trailer was released on Saturday, along with confirmation that T’Challa is canonically dead in the new film — not, say, missing or incapacitated — we only got hints as to who is inside the vibranium suit when it eventually appears in the trailer. Nonetheless, here’s our attempt to parse the available information into three reasonable guesses about what this movie has in store. These are presented in order from likeliest to least likely, but they would all make for a pretty good movie.

Will the new Black Panther be Shuri?

Within the MCU, there is no more straightforward and simple answer than T’Challa’s sister Shuri (Letitia Wright). She’s demonstrated the capabilities necessary, in terms of both brawn and — even more importantly — brains, and she has the royal imprimatur that may or may not be a prerequisite to Pantherhood. And perhaps most important: this has already happened in the comics.

The trailer also hints at the storytelling structure that culminates in Shuri’s rise. Ramonda states “my entire family is gone,” suggesting that whatever disaster claimed T’Challa’s life may have appeared to claim Shuri’s as well. One can imagine Shuri is hiding somewhere, secretly pursuing the Wakandan biotechnology that would bring back the heart-shaped herb, and allow for the anointing of a new Black Panther. She could then reunite with Ramonda for T’Challa’s funeral, and — surprise! — don the full Black Panther regalia at the film’s climax…or that “my entire family is gone,” line could be about when T’Challa and Shuri were temporarily “killed” by Thanos. Either way, there are clear canonical and emotional pathways to Shuri becoming Black Panther.

Perhaps the only wrinkle in the MCU saga that decreases the likelihood of this plot twist is that Letitia Wright irritated a lot of fans by posting an anti-COVID vaccine video onlineand potentially irritated — and perhaps alarmed — a lot of coworkers by espousing such views on the actual film set (she denies this). But a few other MCU-associated actorsit should be notedhave made statements that are even more outside the Hollywood mainstream than Wright’s, so this probably wouldn’t have been a dealbreaker for her.

Will the new Black Panther be Okoye?

Okoye (Danai Gurira) wearing the Panther suit would be a bit of a curveball, but it would be a sensible choice that would leave Wakanda in capable hands. Okoye is the leader of the Dora Milaje — the Wakandan Seal Team 6, except even more powerful. She’s been an actual member of the Avengers. And she’s an all-around exceptional warrior who can dispatch a major villain and make it look easy.

Can a non-royal Wakandan be Black Panther? Who would be in charge of the Dora Milaje? These questions point to minor obstacles that any decent screenwriter could navigate without too much trouble.

Will the new Black Panther be Nakia?

The argument for Nakia (Lupita Nyong’o) as the new central superhero is a little different from the arguments for Shuri or Okoye, so it helps to think of it this way: this person is going to be T’Challa’s successor, and it’s easy to imagine that he would have chosen Nakia. This is not because they were romantically entangled (although it does not hurt), but because Nakia was one of T’Challa’s closest political advisors and his humanitarian conscience of him. It was her political influence that led to the opening up of Wakanda, and the nation’s newfound concern for the safety and wellbeing of others.

Is Nakia a warrior? Yes, absolutely. She’s a member of the War Dogs — the Wakandan CIA, basically — and she has impressive fighting skills, even if she’s, well, not exactly Okoye. But elite fighting skills can be learned, and deep moral convictions can be even more of a heroic trait anyway. Nakia as Black Panther would be a fascinating underdog story.