‘Ant-Man and the Wasp: Quantumania’ releases its first poster with Kang and Cassie Lang 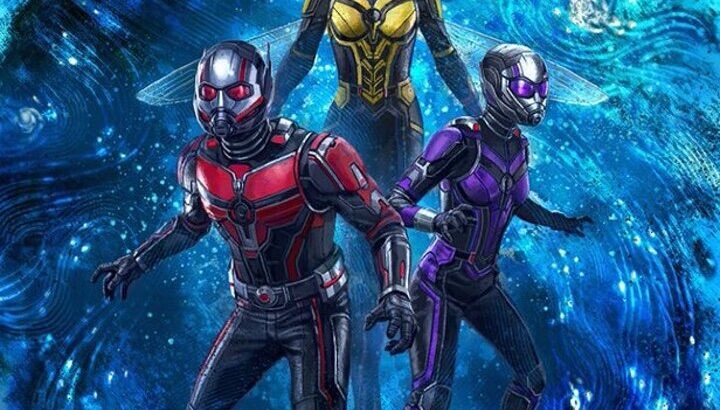 ‘Ant-Man and the Wasp: Quantumania’ was present at San Diego Comic-Con 2022. Marvel exclusively let attendees see a preview of the trailer of the new production that will be part of phase 5. In addition, the first poster was released of the film, designed by Andy Park, one of the directors of the Marvel art department. In it, we can see Ant-Man with his daughter Cassie Lang, the Wasp, and the presence of the villainous Kang the Conqueror in the background..

As reported VarietyDuring the exclusive trailer, Scott Lang, the character played by Paul Rudd, could be seen enjoying the launch of his successful book after saving the universe in ‘Avengers: Endgame’. His daughter Cassie gets into trouble and Lang ends up exploring the Quantum Realm where he meets Kang, and the new big-headed villain MODOK.. “You are an interesting man, Scott Lang. You’ve wasted a lot of time, but time is not what you thinkKang tells Ant-Man during the trailer. This statement seems to go hand in hand with the ability that Kang should have to travel and move in time.

Jonathan Majors, the actor of ‘Lovecraft Territory’, is in charge of giving life to Kang, having already seen him (or one of his variants) in the first season of ‘Loki’, where he called himself The One Who Remains. Bill Murray has also been confirmed as part of the cast of the sequel, where we will also see the iconic villain MODOK and Cassie Lang, Scott’s daughter, this time played by Kathryn Newton. In turn, Evangeline Lilly will continue in her role as Hope van Dyne, and also return Michael Douglas and Michelle Pfeiffer.

Peyton Reed will direct this third installment of Ant-Man that will hit theaters on February 17, 2023, thus becoming the second director in history to direct a trilogy in the Marvel Cinematic Universe. Until now, only Jon Watts had achieved it with his films in the ‘Spider-Man’ saga, although it is true that James Gunn will also achieve it next summer when he sees the light of ‘Guardians of the Galaxy Vol. 3’.