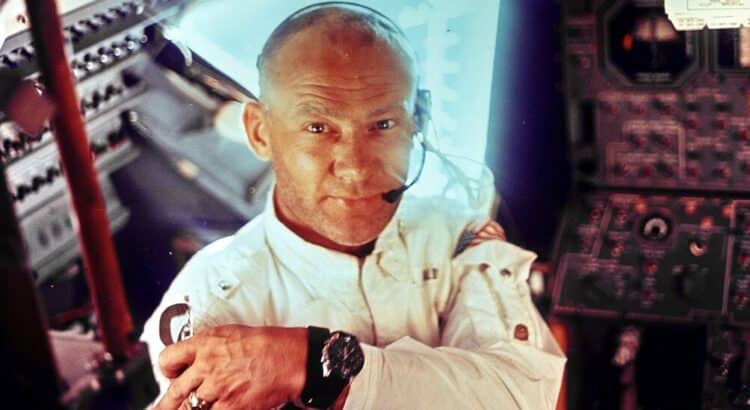 A white, Teflon-coated jacket worn by the astronaut Buzz Aldrin during the Apollo 11 mission to the moon in 1969 sold for $2.7 million at a Sotheby’s auction on Tuesday, fetching the highest price among dozens of pieces of rare memorabilia tracing his career in space exploration.

Mr. Aldrin, now 92, has a storied career as an astronaut, joining NASA in 1963 after flying for the Air Force. Within three years, he had executed the world’s first successful spacewalk in the Gemini 12 mission. Then, on July 20, 1969, millions of people watched on television as he became the second man to walk on the moon, about 20 minutes after Neil Armstrong, who declared it “one giant leap for mankind.”

The custom-fitted jacket Mr. Aldrin wore on that mission sold after fierce bidding lasting nine minutes, with the auctioneer calling it “the most valuable American space-flown artifact ever sold at auction.” (The garments worn by the two other Apollo 11 astronauts from that mission are owned by the Smithsonian.)

In all, 68 of 69 lots of Mr. Aldrin’s belongings were sold for a combined $8 million on Tuesday by Sotheby’s in Manhattan at an auction that lasted more than two hours.

Derek Parsons, a Sotheby’s spokesman, said that the Buzz Aldrin sale was the “most valuable single space exploration auction ever staged.” It broke a record set by one auction of items belonging to Mr. Armstrong, who died in 2012, but the other astronaut’s total collection still holds the overall record.

The most coveted artifacts sold on Tuesday traveled to the moon and back more than five decades ago. A complete summary flight plan of the Apollo mission sold for $819,000.

Only one lot did not sell: It included the tiny broken circuit switch that nearly marooned the Apollo 11 crew on the moon and a dented aluminum pen that Mr. Aldrin used as a manual workaround to achieve liftoff. Bidding stalled at $650,000, well under the auction’s estimate of $1 million.

Mr. Aldrin said in a statement that “the time felt right to share these items with the world, which for many are symbols of a historical moment, but for me have always remained personal mementos of a life dedicated to science and exploration.”

Among the items sold at auction were also gold-colored lifetime passes to Major League baseball games, for $7,560, and an MTV Video Music Awards statuette modeled after the iconic image of Mr. Aldrin placing the American flag on the moon’s surface, which fetched $88,200 .

A Presidential Medal of Freedom, the nation’s highest honor for civilians, bestowed to Mr. Aldrin by Richard M. Nixon, sold for $277,200. These medals do not appear frequently at auction, Mr. Parsons said.

There was also a letter dated Dec. 10, 1973, penned by Mr. Armstrong, which went for $21,420. In it, he attempted to dissuade Mr. Aldrin from turning his memoir into a movie: “I can’t think of any biography of a living person that has ever been made into a good, high-quality flick.”

While that movie was not a critical success, Mr. Aldrin did inspire the name for buzz lightyear, the animated Pixar character from the “Toy Story” films.

See also  Why the Division Heartland is probably a Battle Royale

Ten of the sale’s 69 lots came with an NFT, a unique digital identifier for authenticity. Others, such as flight plans with a checklist of items to bring to space — helmet, tissues, also snacks — were inscribed with Mr. Aldrin’s signature and the phrase “Flown to the Moon.”

“Before then, it was kind of a touch-and-go situation,” Ms. Hatton said. “People were selling things and there really wasn’t any clarity. So there was always this kind of concern that maybe NASA would come in and shut down an auction.”

A 2018 audit from the space agency’s inspector general found that NASA’s inconsistent record-keeping had resulted in the loss of a “significant amount” of its property.

In June, lawyers for NASA intervened in the sale of dead cockroaches that had ingested moon dust. Before the sale was halted, bidding for the insect trio had reached $40,000.

Now, Sotheby’s space sales are its most popular category, attracting a broad audience of bidders, Ms. Hatton said, adding that the price ranges made the items more accessible than other valuables, such as fine art. The auction house has previously sold items owned by other astronauts, including a small, white bag that Mr. Armstrong used to collect lunar rock samples, which netted $1.8 million in 2017.

Ms. Hatton said that she believed the fascination with space artifacts and with missions to the moon, the last one in 1972, endures because of the significance of those discoveries in human history.

“It’s a moment that reminds us all what we can do,” she said. “We can achieve the near impossible, like we can escape our fate of being stuck on this planet. We can do amazing things.”