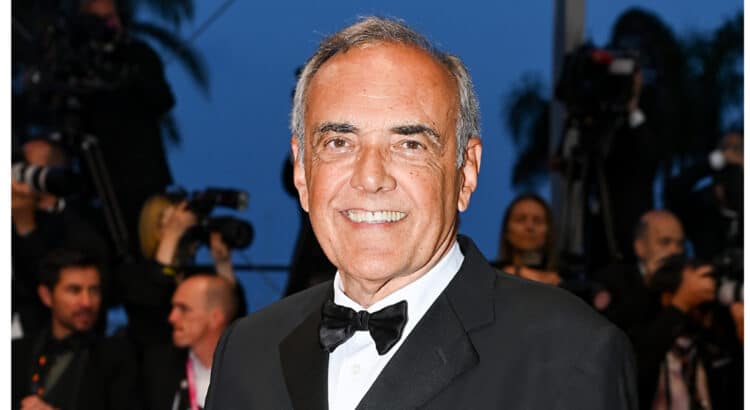 Venice artistic director Alberto Barbera is smiling and looking relaxed after unveiling the festival’s strongest lineup in recent memory, a rich mix of hotly anticipated pics from the US and elsewhere around the world that’s likely to bolster the Lido’s power as an Oscars kingmaker.

Venice’s program of high-profile titles is especially impressive in a year that sees the Toronto International Film Festival roar back to life after two COVID-stricken years. As in pre-pandemic times, there will be a few days of overlap between the Canadian and Italian festivals.

Although Venice struggled with ticketing last year due to theaters remaining at 50% capacity, Barbera informed Italian media that this year’s festival is expected to shed COVID measures altogether, meaning there should be ample space for delegates.

Barbera spoke to Variety about the challenges he’s faced and zeroed in on the current dynamics of the US film business and the fall festival circuit.

Are you happy? You’ve got an embarrassment of riches on your hands. Was it tough to assemble this lineup?

It’s been a very long process. We started seeing films in November, which is very early. We usually start seeing them in February. That made it much harder to choose. Then there was the fact that lots of films that were shooting had to stop production due to the pandemic. I admit that it’s been the most challenging year [in my career]. Luckily all the most anticipated titles of the upcoming season are in.

Did you get everything you wanted? The only film that seems to have gotten away is Steven Spielberg’s “The Fabelmans”?

That one got away from everyone. Everybody wanted to see it. But it seemed that the release date was too far ahead. Then we got this surprise announcement [that it’s going to Toronto]. I have to admit that, in this case, it was a bit unpleasant. All of us would have expected more clarity from Universal. You can say, ‘We are aiming for a different type of marketing campaign.’ But to let us know [ahead of the Toronto announcement] would not have been a bad thing. [Laughs]. That said, we’ve worked very well with Universal on other films.

See also  KUWTK: Kim Kardashian Has Her First Girls' Night Out Since Divorce

How are the dynamics this year within the Venice, Toronto and Telluride trifecta?

Toronto has got its press conference coming up soon, so we will know what they’ve bagged, besides the usual suspects. My impression is that there will be fewer films going from Venice to Telluride this year — not that there aren’t any. One that is going [to Telluride] is “Tar,” as are the Iñárritu and Guadagnino films. But in past years there were more, which has resulted in Venice being a bit less “top-heavy” this year.

Netflix has a massive presence at Venice this year, starting from the opener. Why is that?

Because they’ve become among the biggest producers of contemporary auteur cinema. They produce more auteur films than all the studios combined. For many studios this is a transitional year. Over the course of the past years most of them have changed management. We know they have lots of projects in the pipeline. But at the moment, Netflix is ​​the most aggressive and important player in this field.

Will all the Netflix movies in Venice play in movie theaters?

I can’t confirm it 100%. I know that some will, and for others they [Netflix] are still having internal discussions. I can say that they deserve to play on the big screen due to their scope. They need to play in theaters to be fully appreciated. So that is my hope.

You also have several studio films from Warner Bros., Sony, Searchlight and Focus. But, more significantly, you have three titles from A24: Aronofsky’s “The Whale,” “Pearl,” and Joanna Hogg’s “The Eternal Daughter.” In 2019 you really wanted Kelly Reichardt’s “First Cow,” but A24 wouldn’t budge. What’s changed?

Their attitude has changed. They’ve always had a very interesting lineup, but I was never able to convince them to invest in Venice. Luckily, that’s changed this year. I hope it’s because they’ve become aware of Venice’s promotional potential for certain types of films. I can only hope to consolidate this rapport going forward because I’m sure that A24 will continue to play an important role in American indie cinema.