Venice Lineup: Festival Chief Alberto Barbera Talks Oscar Contenders, Hidden Gems, A Controversial Choice & The One That Got Away 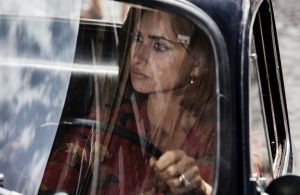 Venice Film Festival chief Alberto Barbera revealed a typically intriguing lineup today, full of potential fireworks and serious cinema. From Alejandro Gonzalez Iñárritu’s “personal and ambitious” Bard to Netflix’s much-discussed Marilyn Monroe biopic Blonde, there are buzz titles on offer and plenty of talking points. The lineup also offered up some interesting deviations from previous editions. Below, we discuss the selection with Barbera, who cultivated the lineup with his team over a nine-month span.

DEADLINE: This is a great-looking lineup. Rich and serious. How are you feeling about it?

ALBERTO BARBERA: I’m very happy. It was a challenging and long process. We started to watch films last November. Of course, there were films that aren’t completed and we couldn’t get, but most of the films I wanted to see I could and many of those are here in the selection. There is great diversity in the lineup, with filmmakers from all over the world. There are big names but also new discoveries from emerging countries.

DEADLINE: In recent years you’ve had splashy tentpole blockbusters like dunes and joker. Did you try for a movie like that this year?

BARBER: We had discussions with all the studios. There wasn’t really a blockbuster similar to joker or dunes, but we still have great presence from the US studios: WB, Sony, Searchlight, Universal, Netflix, Amazon. And for the first time we have two films from A24. I’m really glad we could make it work with them and hope it’s the first of many collaborations.

There was only one film we couldn’t see, which was the Spielberg film [The Fabelmans]. It was a film that all the fall festivals wanted to see, but no one got a chance to see it internationally other than Toronto.

DEADLINE: you have Blonde, which has generated a lot of interest over a long time. What’s your take on the movie?

BARBER: I’m not allowed to offer judgments on the quality of the films ahead of time. But we’re very happy to have the film because it’s one of the most anticipated and discussed films of the last 12 months. Andrew Dominik tried to go to Cannes, but it wasn’t possible. I’m happy to be able to reveal the film to the world.

DEADLINE: It’s an R-rated movie. Is it as dark as has been suggested?

BARBER: There will be a lot of discussion about the film. It’s not a film that tries to please everyone. It has a distinctive and strong point of view. I’m very intrigued to see the reaction.

DEADLINE: You’ve had the Midas touch when it comes to Oscar movies in recent years. Which movies in the lineup do you think could pop with Academy voters?

BARBER: There are a number. Tar for sure. Cate Blanchett is absolutely amazing. It’s a very ambitious film. Iñárritu is to contend again with Bard. This is probably his most personal and ambitious film by him so far. Noah Baumbach’s film [White Noise] is also another contender, and The Son will be in the Oscar conversation, I’m sure. I’m curious about the response to Blonde, we’ll see. Luca Guadagnino’s film [Bones and All] has a chance to feature in the race, as does Don’t Worry Darling.

DEADLINE: Harry Styles is growing as a film actor this fall with two movies at big festivals. Do you see him as a future star of the big screen?

BARBER: I could be. We’ll see. It’s hard to see into the future, but it’s very possible, yes.

DEADLINE: What are some of the hidden gems in the lineup?

BARBER: I was really surprised by Alice Diop’s film [Saint Omer]. It’s a small movie but very strong. It’s very well done. The Jafar Panahi [No Bears] is absolutely outstanding. It’s one of his best films of him. The Santiago Miter [Argentina 1985] is excellent. As is Emanuele Crialese’s film [L’Immensita], in which Penelope Cruz is outstanding. The other Iranian film, Beyond the Wallcould also be a surprise.

DEADLINE: You have an excellent lineup of documentaries once again…

BARBER: The Laura Poitras movie [All the Beauty and the Bloodshed] in Competition is the best documentary I’ve seen this year. It’s a portrait of Nan Goldin, of underground film in New York in the 1980s, and it’s also a portrait of the big-pharma Sackler family. Personally, I love the Frederick Wiseman movie [A Couple] too.

DEADLINE: The inclusion of a film by the late Korean filmmaker Kim Ki-Duk has raised some eyebrows given that he was accused of assault by multiple women towards the end of his life. Were there discussions about the suitability of his inclusion of it?

BARBER: This is a filmmaker who was discovered by Venice more than 20 years ago. He has won awards here, including the Golden Lion. We’re showing a film he couldn’t finish because he contracted Covid in Estonia and died. We thought it was fair to make a tribute to him.

DEADLINE: I assume there were conversations in this climate about whether he should be included?

BARBER: There were. But he was a great artist, and in my view there was no reason for him not to be here.

DEADLINE: In terms of movies that weren’t ready, we gather Martin Scorsese’s Killers of the Flower Moon was a way from being ready?

DEADLINE: Russian filmmakers weren’t banned this year. Are there any submissions?

BARBER: We said previously that films with Russian state backing couldn’t play at the festival. We received very few films from Russia this year. There was only one Russian film I saw that I really liked, but it was funded by the Russian government so we couldn’t take it.

DEADLINE: As always, there is a solid crop of Italian films. What’s your take on the health of the local industry right now?

BARBER: It’s mixed. There were almost double the number of Italian productions this year. There were more than 250 films produced, which is not usual or helpful. There are a lot of subsidies from tax credits and regional bodies, as well as private investors. It’s quite easy to get a film made in Italy today, but that generates quantity rather than quality. We have selected very good Italian films, but there was also a large level of films submitted below the quality you would expect. There was a mistake [in terms of the number of films made]and most of the local producers have acknowledged that.

DEADLINE: There will be some events in honor of Ukraine, you’ve said…

BARBER: Yes, we have three Ukrainian films. We haven’t decided exactly what we’ll do, but from next week we’ll discuss options concerning how to honor Ukraine and Iranian filmmakers.