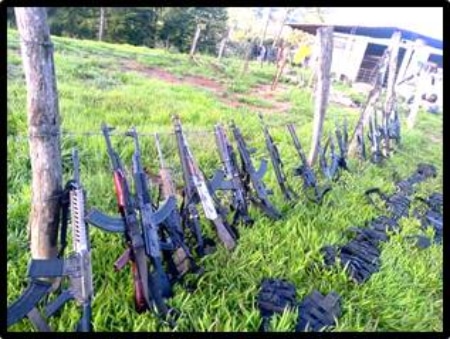 The 37 men arrested this July 26 in an alleged “drug camp” located in Ciudad Hidalgo, Michoacán, they would be linked to the Jalisco Nueva Generación Cartel (CJNG), since the military personnel who participated in the security of the place found clothing with the acronym of that criminal group, reported the Secretary of National Defense (Sedena).

In the improvised camp in an open-air field of the “El Caracol” community, An arsenal consisting of 35 long weapons, three grenades, a grenade launcher attachment, 5,280 useful cartridges and 170 chargers was located. for firearms, according to Sedena. “El Caracol” is part of the communities found in the mountainous area of ​​“Mil Cumbres”, which is why it is an area of ​​difficult access.

In the place reported by citizen complaints, also tactical equipment for carrying weapons, a vehicle and caps with the legend “CJNG” were found. The Jalisco New Generation Cartel is headed by Nemesio Oseguera Cervantes, alias “El Mencho”, one of the most wanted drug lords by the governments of Mexico and the United States of America.

The Sedena explained that after the arrival of military personnel and the National Guard to the alleged criminal camp, the majority of the suspects attempted to flee rather than confront authorities, so there were no shots or clashes between the two parties.

“Upon arrival at the property, several armed individuals were located, who upon noticing the presence of military personnel tried to flee; in such a situation, the members of the Army Mexicano intercepted the criminals, which allowed their seizure without the need to fire a single shot”, reported the Sedena. 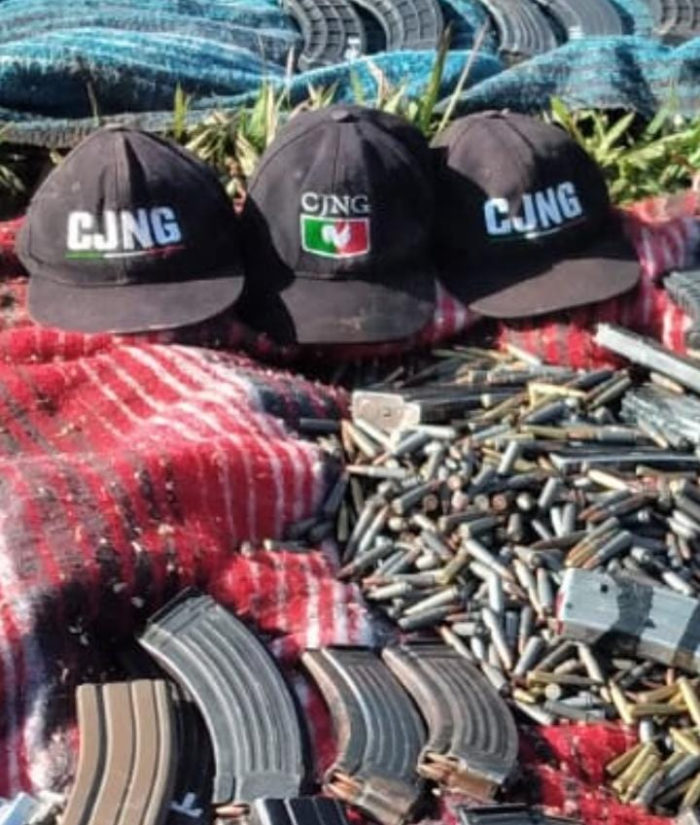 According to the Ministry of Defense, the operation It was the product of intelligence work carried out based on citizen complaints, as well as the patrols thatWhat the Mexican Army does to detect groups linked to criminal organizations.

In this case, two bases of operations were deployed in the municipality of Ciudad Hidalgo to move to the community of El Caracol, due to the fact that it was known that a camp operated there that was “used as a shelter for people dedicated to the commission of illicit acts”establishing a security fence to prevent the escape of those involved.

“Sedena informs that personnel from the Mexican Army and the National Guard, within the framework of the National Public Security Strategy and the Zero Impunity policy of the federal government, on July 26 of this year, carried out a joint operation in the that 37 alleged members of organized crime with a presence in that entity were seized in flagrante delicto”, explains the agency’s statement.

All the detainees were made available to the Attorney General of the Republic (FGR) to render their ministerial statement and later they will be presented before a federal judge so that their legal situation can be defined. 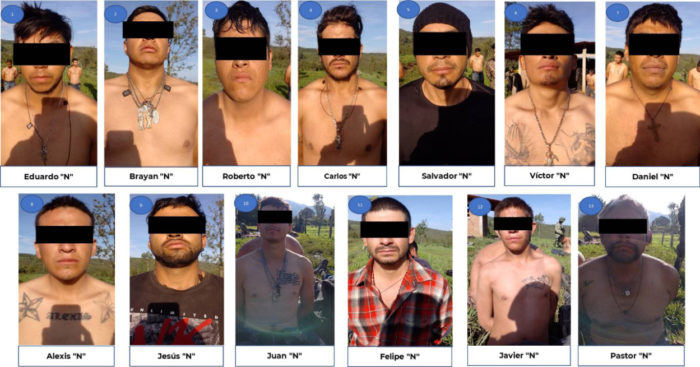 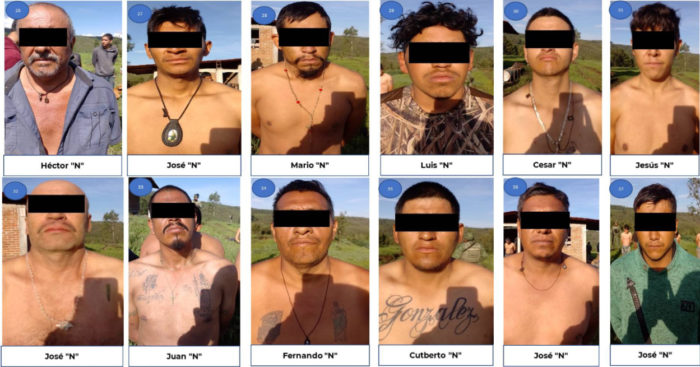 Figures from the Executive Secretariat of the National Public Security System indicate that In Michoacán alone, a total of 216 investigation folders for federal crimes were initiated in 2021 related to drug trafficking (crimes against health) and organized crime, despite being one of the states with one of the highest homicide rates.

Just this Monday, the National Institute of Statistics and Geography (INEGI) released the preliminary statistics of homicides registered in 2021, cPlacing Michoacán as the fifth entity in the country by number of homicides, with a total of 2,691 murders reported last year. In addition, it is the sixth entity for the homicide rate per 100,000 inhabitants, with a figure of 55,000 homicides per 100,000 people.

See also  When will Grand Theft Auto 7 be released