‘Paper Girls’: Its creators explain the changes in the series compared to the comic 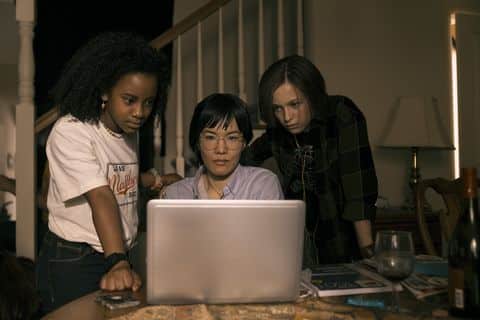 ‘Paper Girls’ creators Brian K Vaughan (who also wrote the comic) and Cliff Chiang spoke about the heartbreaking change in the show’s story. During a panel discussion at the 2022 San Diego Comic Con, the showrunners spoke with DigitalSpy about additions or changes they made to the series that they were extremely proud of.

“Mac’s brother is a character that’s in the comics and we see him once or twice,” Vaughan said. “And you know, Mac talks about him, but if you’ve seen the show, we have some of these scenes that break my heart.

And I was like, ‘Wow, is this a missed opportunity? I wish we had done this.'” I think every new character they added felt like it was organic to our story. “They could have been in the comics, they just didn’t have the space for it. So I think the new people that came in, like Larry, Nate Corddry’s character in that, fantastic. Those surprises, to be able to see a story that we live so deeply inside of us and still be able to surprise us? That is the best.

‘Paper Girls’ is a sci-fi drama that mixes ‘Stranger Things’ and ‘Doctor Who’ about a group of young newspaper delivery girls (hence the name of the show), who suddenly and mysteriously become time travelers, changing the Halloween of 1988 for the most recent of 2019.

Chaos ensues as they attempt to return to their reality and meet their future selves, as well as other time jumpers who are up to no good. One question remains: will they be able to save the world? Sofia Rosinsky stars as Mac Coyle, Camryn Jones as Tiffany Quilkin, Riley Lai Nelet as Erin Tieng, Fina Strazza as KJ Brandman, with Ali Wong, Adina Porter (American Horror Story) and Nate Corddry (For All Mankind) rounding out the cast.

All episodes of ‘Paper Girls’ are available on Amazon Prime Video.

admin
See also  Super Mario 3D World: 5 most difficult levels (and 5 that were too easy)