Carlos Latre: “‘A Samurai Hero’ is the ideal film to enjoy in theaters this summer” 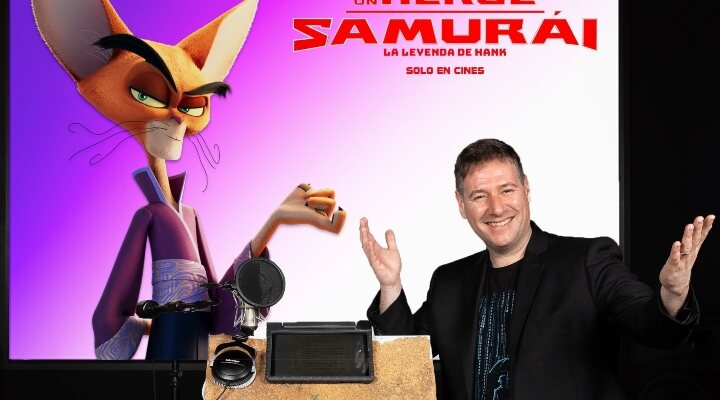 After multiple sagas and spin-offs, an original animation proposal arrives in theaters. ‘A Samurai Hero: The Legend of Hank’ is released, which will be available in commercial theaters from this August 5. A proposal directed by three hands by Rob Minkoff, Mark Koetsier and Chris Bailey and that, in its dubbing into Spanish, has the voices of Miguel Ángel Garzón as the dog protagonist already Carlos Latre turned into the bad bad of the film. “The villains are so much more fun to play”declares the actor and comedian.

‘A Samurai Hero: The Legend of Hank’ reinterprets the western comedy ‘Hot Saddles’, directed and co-written by Mel Brooks in 1974. Cult production, was nominated for three Oscars. This international co-production between the United Kingdom, the United States and China changes the old North American West for the Feudal Japan, in a country ruled and inhabited only by cats. High-ranking official Ika Chu seeks to be the new Shogun. To do this, he wants to extend his domain, in a clear gesture of power. That will lead him to want to exterminate the town of Kakamucho. Given his intriguing character, he chooses to send a captive dog, Hank, to be the new samurai of the region, knowing that dogs are prohibited in the country.which opens the doors to conquer the town.

A fable with animal protagonists whose background is a veiled criticism of racismas well as a historical film of palace intrigues that evokes Akira Kurosawa’s cinema. “It is easier for the message to come through with animals as main characters, but there are also many elements that make the audience connect with the story, such as good animation and well-constructed protagonists. It is also the order of the day to offer a message deeper into animated film”, points out Carlos Latre, in an interview for eCartelera in Madrid.

“When he tells a story in the form of a fable, his ideas are shown in a metaphorical way. Which makes people see that experience and understand it without any prejudice. Sometimes when we see those same stories, but starring people… they are harder to digest. But when we see it as a fable, it’s easier for everyone to understand”argue Rob Minkoff, one of the directors of the feature filmwho was behind such renowned titles as ‘The Lion King’, ‘Stuart Little’ or ‘The Adventures of Peabody and Sherman’.

“We are very excited to return to release in theaters”

It is also about Latre’s return to dubbing, since he had not returned to the lectern since 2018when he had the challenge of lending his voice to three different characters in the Spanish animated film ‘Bikes’, directed by Manuel J. García. “Dubbing, for me, is a completely different technique to everything I do. It is not the same as being in a theater live, being on the radio or being on a television program. It requires technique, concentration, intention , to create a character, to play with the voice and its tones, to play with memory, to give it personality only through the voice. Dubbing is wonderful and always a very big challenge for me.“Latre expresses.

Although it is an original proposal that comes from a well-known saga or consolidated franchise, both Latre and Minkoff hope that ‘A Samurai Hero’ finds its audience on the big screen. “I hope it has a good performance at the box office. It is a very different proposal to the one on the current billboard, it is the ideal proposal to enjoy the cinema in summer. I am a great defender of cinema, I love the liturgy that it has and that it must be instilled in the little ones“defends the actor.

“We are very excited because both parents and children, as well as all those who love cinema and animation, have the opportunity to enjoy our proposal, exclusively, on the big screen. We have been waiting a long time to return to theaters, we have had two very difficult years with the pandemic. It’s a great celebration, one of those that makes summer wonderful”exclaims Minkoff, who is hopeful that the public “fall in love with the characters” and they want a sequel. “I wish”he concludes. 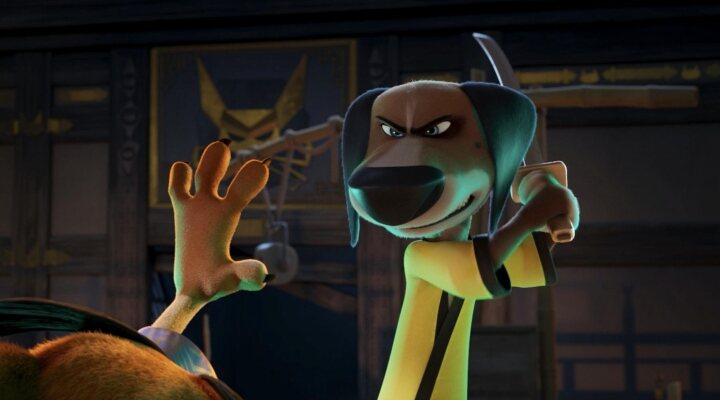